NUO Hotels was officially launched in 2012 during an inauguration ceremony at the Temple of Heaven in Beijing and the first property was open to public in 2015. The “made in China” brand reflects its latest expression of Chinese hospitality.

NUO has taken over another property in 2016 and it will have its grand opening by the end of next year after renovation.

Currently based in Beijing, he has opened 12 hotels in China since 2010, when he was president of Kempinski Hotels China.

He said NUO hopes to present the real Chinese DNA rather than designers’ ideas of what looks Chinese. The brand derives its name from the Chinese characters 킵쏜 (nuo jin), meaning the golden promise.

“We worked with professors of sociology, history and art to dig out what does Chinese mean,” Henssler said.

The first NUO features Ming Dynasty (1368-1644) literati aesthetics and has its own tea farms around China to ensure the standard of hotel’s tea service.

“We have plans to take NUO internationally to make sure Chinese travelers can have the Chinese experience abroad,” Henssler said.

The hotelier said that experience accounts for 20 percent of being competitive in China. Another 10 percent is about “crazy, out of the box thinking” to follow the fast pace of today’s society.

Henssler cites Sunrise Kempinski Hotel, Beijing and Yanqi Island as an example. It’s on Yanqi Island, surrounded by dense forest and a vast lake, ensuring privacy for its guests. The hotel was the venue for an APEC meeting in 2014 and a Belt and Road Initiative forum last year.

While other international chains are anxious to merge and expand, Kempinski seems to be keeping a low profile and taking a quite cautious approach.

The group closed its hotels in Wuxi and Harbin and is going to open new hotels in Hangzhou, Nanjing, Guangzhou and Singapore.

Big hotel groups inevitably put more focus on branding than delivering detailed experience, which leaves space for brands like Kempinski pursuing a “small is beautiful” theme, according to Henssler.

“It’s hard for you to enjoy an exclusive luxury experience if everyone around you holds an LV bag and you are no longer one of 20 but 200 VIP guests,” said Henssler.

He grew up in a family of lawyers and dentists. However, he determined to become a chef when he was just 6 years old. He graduated from the Ecole hoteliere de Lausanne and joined Kempinski in 1994.

Henssler admits that Kempinski’s place in China is not as high as it is in Europe and the Middle East, and that he has a long way to go.

“We want to grow qualitatively instead of quantitatively and I believe that future is always more impressive than present,” he said. 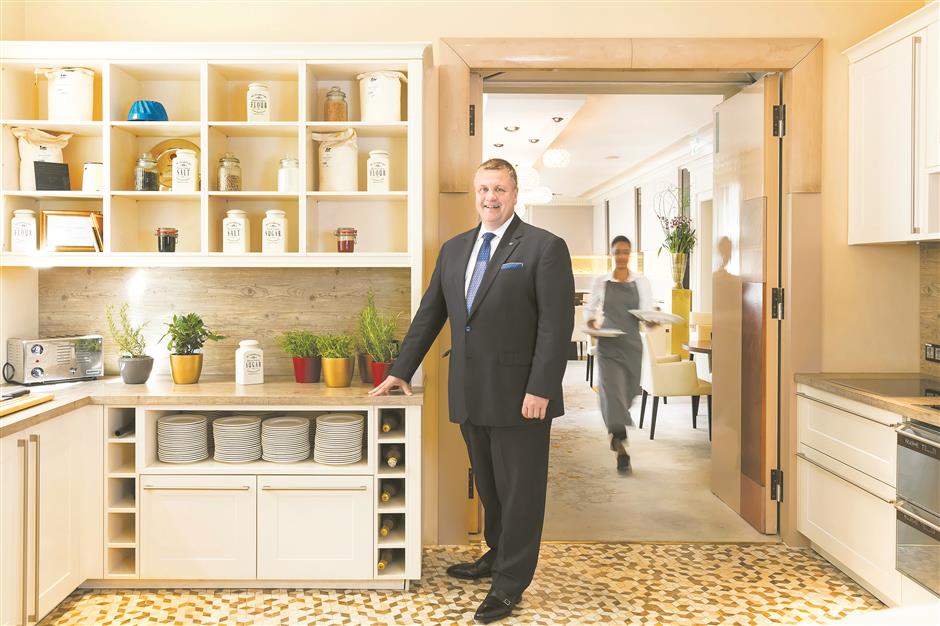