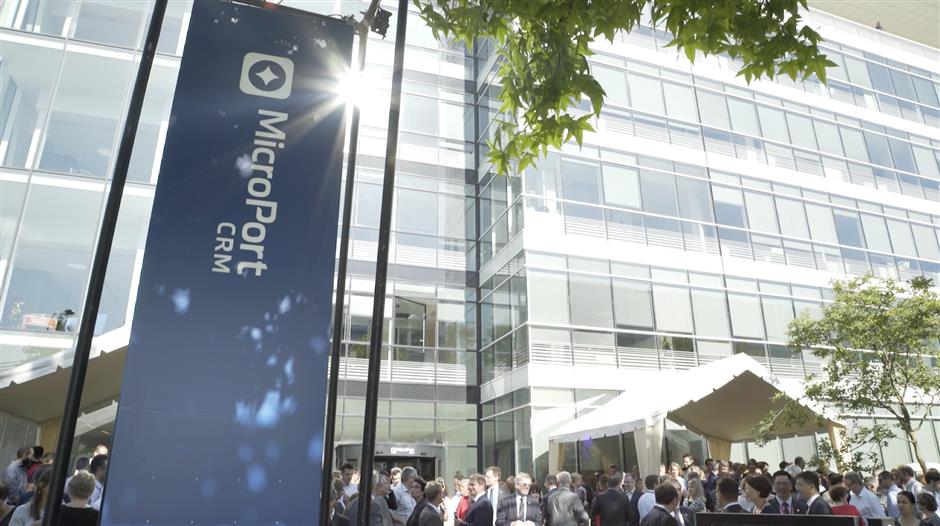 MicroPort CRM, a subsidiary of the MicroPort Scientific Corporation in Zhangjiang High-Tech Park, unveils its new headquarters in Clamart, France, on June 20.

A local medical device company has newly launched a headquarters in France to challenge the long dominance of imported heart devices in China.

MicroPort CRM, a subsidiary company of the MicroPort Scientific Corporation in Shanghai's Zhangjiang High-Tech Park in Pudong, has unveiled their new headquarters in Clamart in the southwestern suburbs of Paris.

The headquarters, established through an acquisition of a French company in April, mainly researches and manufactures cardiac rhythm management devices along with training and marketing sectors, MicroPort announced on Tuesday.

The headquarters covers 12,000 square meters and has about 1,000 employees. The defibrillators, pacemakers and other cardiac devices it produced are being sold worldwide, MicroPort said.

“We have full confidence that MicroPort CRM will become a leader in the global cardiac rhythm management industry within about a decade,” said Benoit Clinchamps, president of MicroPort CRM.

The launching of the headquarters also marks MicroPort CRM becoming one of the top five cardiac rhythm management device manufacturers in the world, the company announced.

Officials with the French ministries of economy and finance attended the launch ceremony of the headquarters and promised to offer active support in talent training, tax policy, medical insurance, brand building and new product approval.

Researches work at a lab in the new headquarters of MicroPort CRM, a subsidiary of MicroPort Scientific Corporation in Clamart, France on June 20.

China has about a million bradycardia patients who need pacemakers implanted, with an estimated 400,000 new cases annually. Recently only 80,000 patients have been able to receive the implant annually, mainly due to the high price, the company said.

About 540,000 people die of sudden cardiac arrest each year in China. The country started researching pacemakers in the 1960s, but domestic production never amounted to much due to a lack of technical know-how.

Hong Kong-listed MicroPort Scientific Corporation was established in Shanghai in 1998. It has become a leading medical device company with business focusing on the innovation, manufacturing, and marketing of domestically manufactured medical devices globally.

It has developed the RegaTM series, China’s first domestically made pacemaker to meet international standards, which have been implanted in the first batch of patients in Shanghai and other provinces.

The pacemaker measures just 8 cubic centimeters, making it the smallest such device on the Chinese market. It costs is about 30 percent less than imported pacemakers. 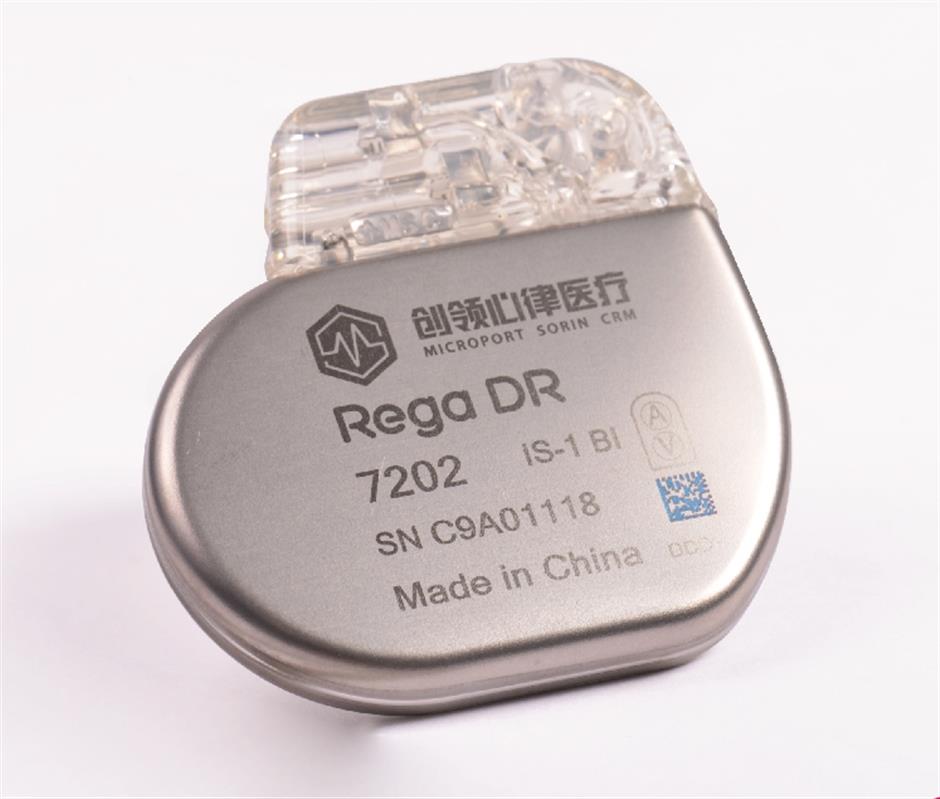 The RegaTM series pacemaker, which is China’s first domestically made pacemaker to meet international standards, measures just 8 cubic centimeters, making it the smallest such device on the Chinese market.