At this year’s Design Shanghai in March, glass installations from Czech company Lasvit dazzled visitors from around the world.

“Neverending Glory,” the collection displayed at the fair, featured 65 chandeliers.

Beauty and elegance came together in the heart of Europe and made Czech glass, also known as Bohemian crystal, famous for its uniqueness and extraordinary quality.

It has become “the choice of decoration” in royal palaces for centuries. Whether cut, blown or otherwise embellished, the sparkling glass caught the sights of Roman Emperor Rudolf II, French King Louis XV and Empress Elizabeth the Great of Russia. 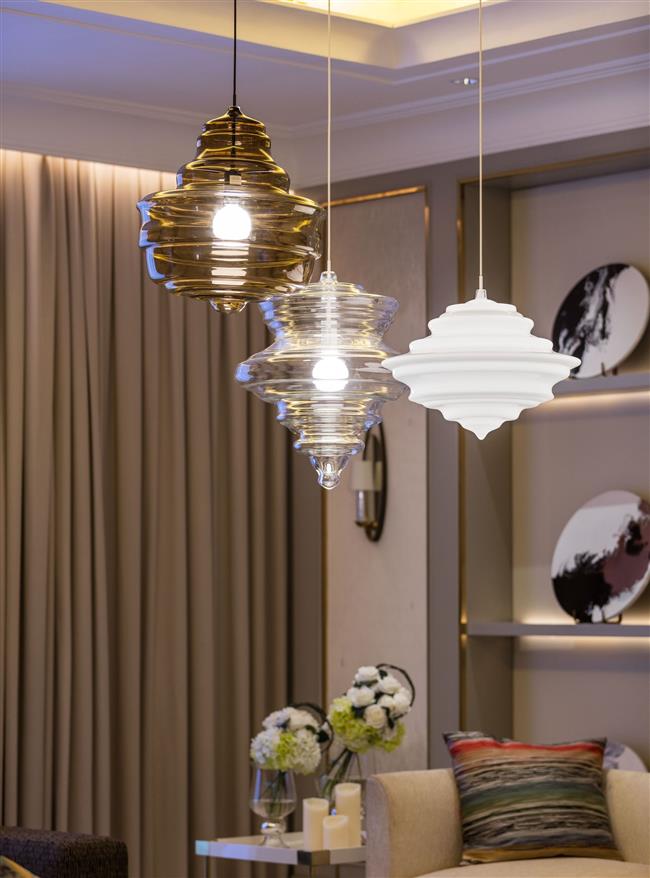 Bohemia is a historical region in the west of the Czech Republic, which is seen as a synonym of crystal glass. In the area, know-how has been handed down for generations over 1,000 years. Students can start as apprentices at the age of 15. Every technique, trick and practice are handed down from the masters, together with the local identity. Czech craftsmen mastered the fine art of cutting geometric ornaments onto the surface of glass.

Lasvit, whose mission is to transform glass into breathtaking light and design pieces, has been in the Chinese market for over a decade.

Founder and owner Leon Jakimic was born in Bohemia’s Liberec and created the company in 2007 while he was living in Hong Kong.

“Obviously Asian markets were the first ones to enter,” said Simek.

Eleven years have passed, and Lasvit is now cooperating with several retailers in Beijing, Shanghai, Shenzhen and Guanzhou, and the company is working to spread its network further, with the growth of consumer demand for high-end design together with top quality, Simek said.

Shanghai is a pulsing city, just as any other big city around the world. Many businesses, whether multinational or private, seek Lasvit’s hand-made products with exceptional design.

In China, the bestsellers among Lasvit’s portfolio are “Neverending Glory” and “Clover” by Michael Young.

In the tailor-made installations, Chinese customers look for innovative ideas and latest techniques, such as kinetic and dynamically lit pieces.

Lasvit’s products come with custom-made designs and are manufactured with precision and perfection.

“On the other hand, we also see competition growing in this segment, but we are convinced that our product is adding a value that will last over many years,” Simek said.

“Chinese customers are keen on high-quality products and also excellent service and fast delivery on an agreed schedule. This is one of the reasons why we plan to have storage facilities in Shanghai that will supply not only the city but the whole country,” he said.

In Shanghai, Lasvit is cooperating with three retailers — Poltrona Frau, Lema Store and Senab. There is also a production site in the city.

Lasvit always wants to be ahead in the marketing competition — not merely in terms of new technologies they are using for the installations, but also design-wise and with the overall service they provide to their customers.

“We have technical teams here, and our own experts are meeting the highest standards,” Simek said. 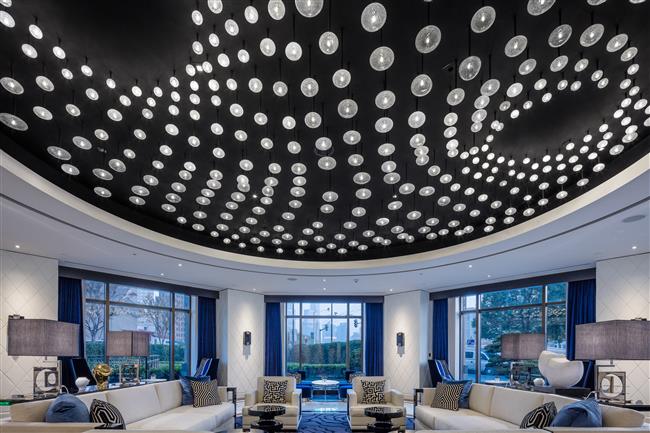 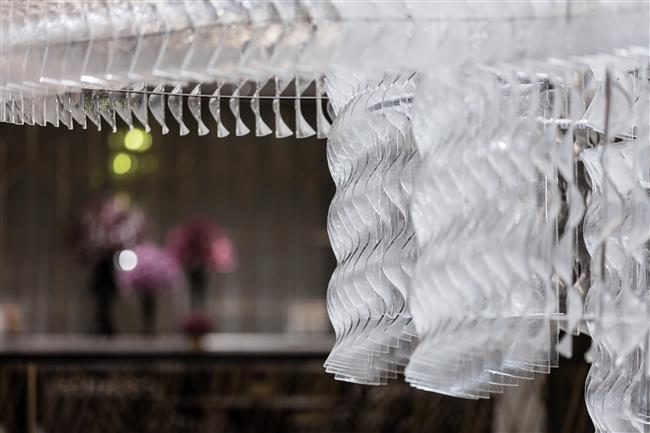 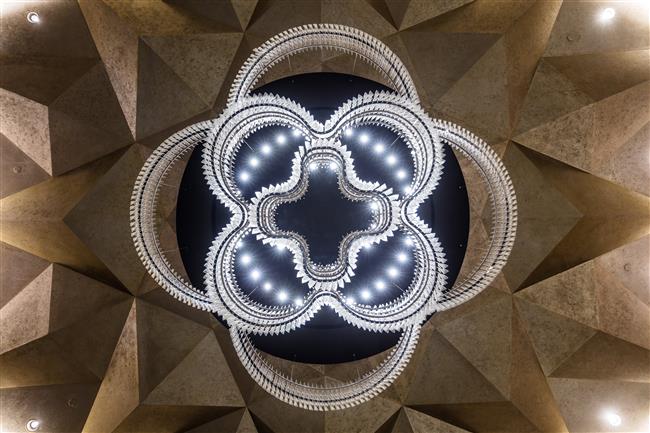 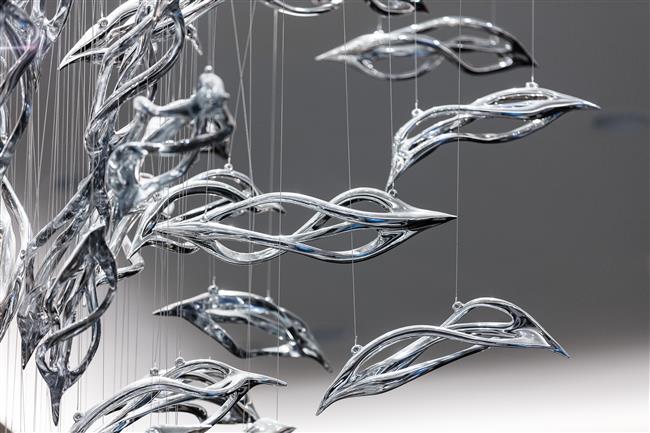 The qualified workforce in Shanghai, plus the abundant business opportunities and strong academic ambience here, is another important reason that the company decided to settle down in the city.

At Design Shanghai 2018, designers of the Lasvit collections — Plechac, Wielgus and Humberto Campana — made speeches at a forum.

“Seeing the designers talk about their collections with respectable architects and designers was one of the greatest parts to us in the fair,” said Simek.

Lasvit’s “Little Glass Monsters” series won the prestigious Milano Design Award at Salone del Mobile in April. All pieces in this collection are for sale in China, too, even though they haven’t been displayed elsewhere in the country yet.

“We believe beautiful things shine no matter where they are, London or Shanghai,” said the managing director, adding that “the marketing strategy of Lasvit doesn’t vary much from that in other countries.”

Lasvit uses the same creative visuals and they have had very good feedback from Chinese customers in the newest catalogues, which were awarded the European Design Award.

“The development of this special collection (“Little Glass Monsters”) was very exciting as we were able to dive deep into the minds of famous designers,” said Simek. 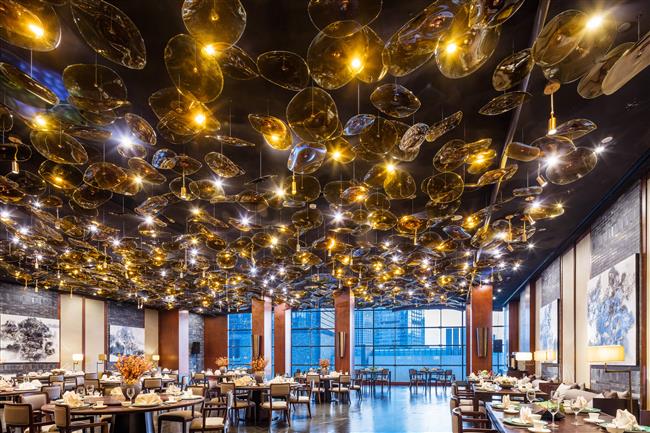