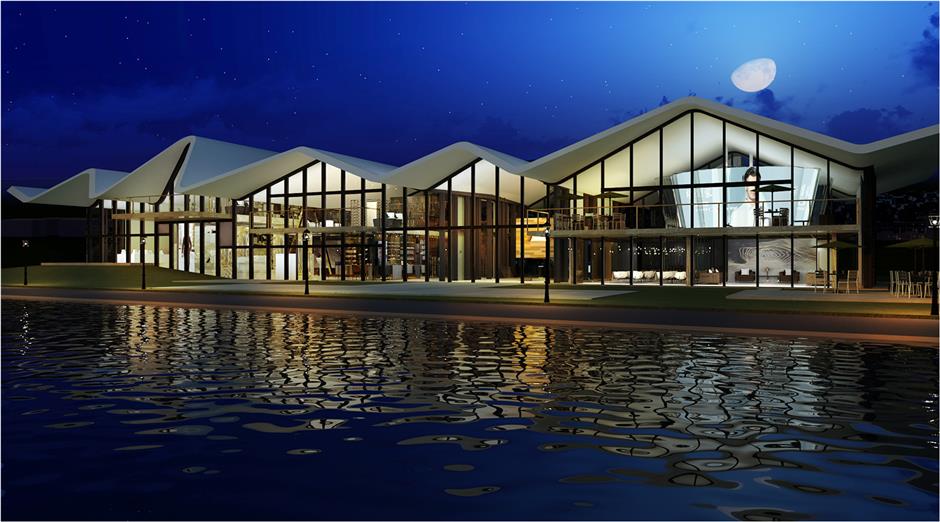 The Baromon tailor-made innovative center will officially open to the public in Pudong's Qiantan area along the Huangpu River by the end of 2018.

The 53-year-old senior tailor with the Shanghai Baromon Suit Co, a time-honored brand of the city, has made bespoke suits for over a dozen state and foreign leaders.

He is now involved in preparations for the company’s new bespoke innovative center, the first of its kind in China, which features automated 3D measuring and intelligent tailoring robots that can finish making a bespoke suit in about six hours, using traditional procedures.

“Modern technologies are no contradiction to heritage skills, and can become an efficient support,” said Zhang, the head of Baromon’s bespoke center and suit factory. 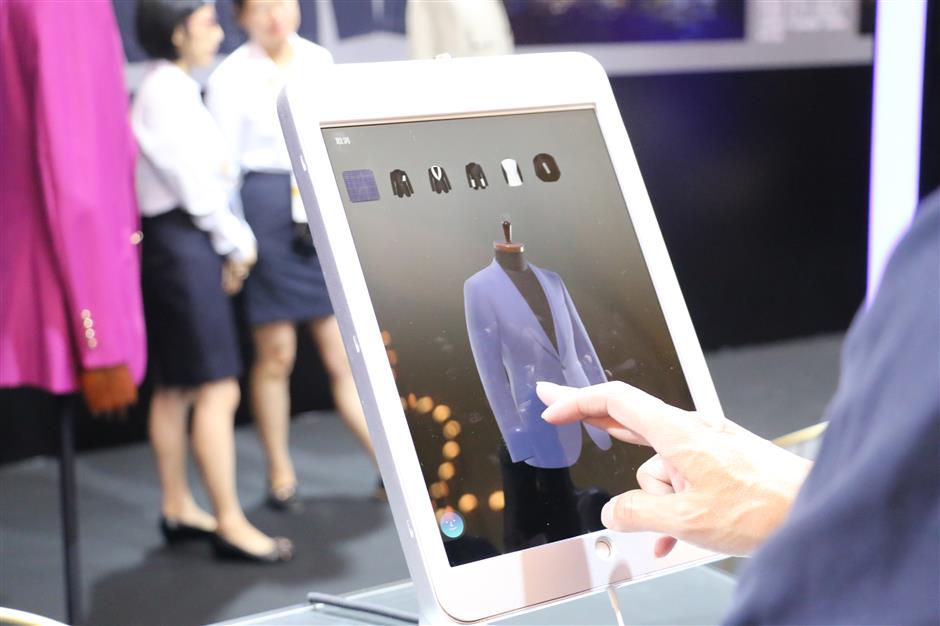 A customer modifies the design of a tailor-made suit on a touch screen at the Baromon innovative center, which will officially open to the public in Pudong's Qiantan area along the Huangpu River by the end of 2018.

Gao Yun, the Party secretary of Huangpu District, unveiled the innovative center on Friday for the 90-year-old suit brand based on Nanjing Road E. in Huangpu. The center, covering 3,000 square meters at the Qiantan area in Pudong, will open to the public by the end of the year.

“The combination of new technologies and traditional skills are expected to help Baromon better attract younger customers pursuing the fashion trend,” Gao said. The time-honored Shanghai brand is also encouraged to expand overseas to compete with the world’s top fashion brands, he added. 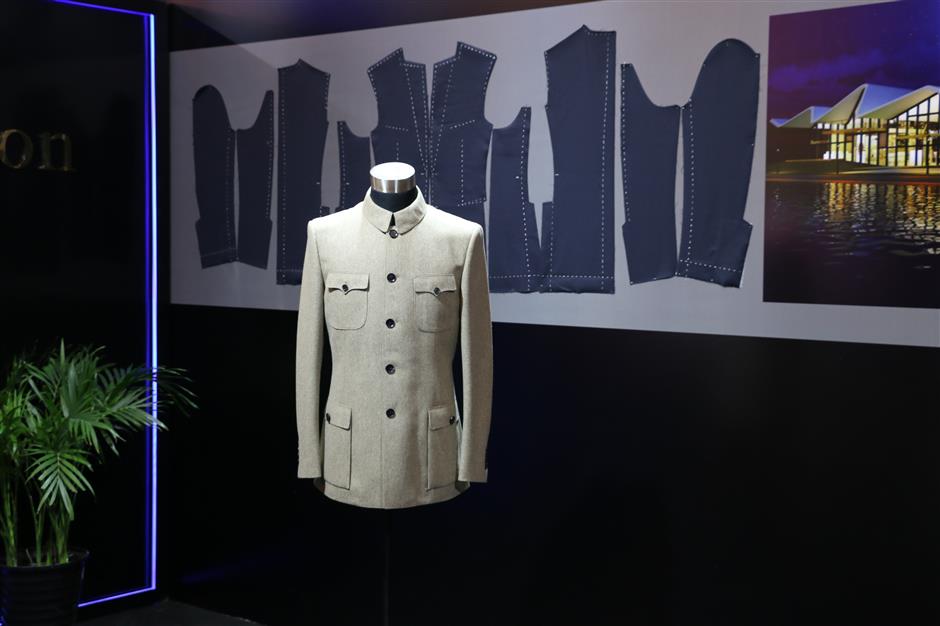 An award-wining Chinese tunic suit made according to traditional procedures by senior tailors with Shanghai Baromon Suit Co.