Starting a new business in Shanghai easier than ever 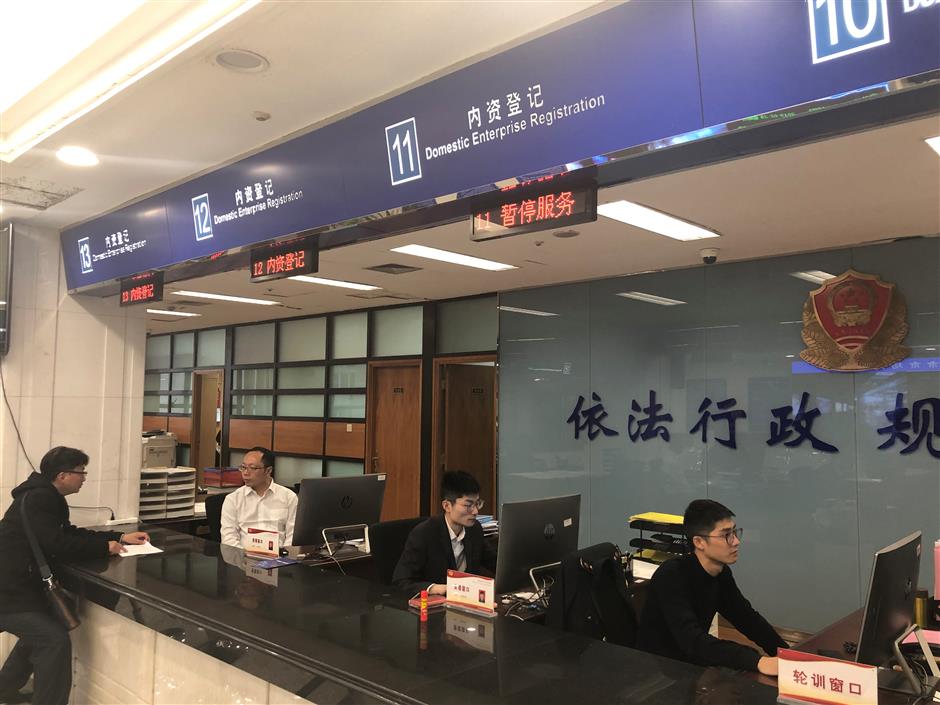 People apply for business licenses at the registration center of the Shanghai Market Supervision and Management Bureau.

Starting up a new business in Shanghai is getting easier and more time efficient.

A total of 555,000 applicants have applied for licenses to start up new businesses via a one-stop service platform the city launched in March last year to cut red tape and improve the business environment, the Shanghai Market Supervision and Management Bureau said on Thursday.

Among them, 371,300 businesses have officially submitted materials and 279,800 have received business licenses, according to the bureau.

The new reform cuts the time of starting a new business in the city to five days from the previous 22.

It means businesses no longer have to submit several reports to a range of government agencies, including market supervision and management, tax and police, as well as banks. The number of procedures has also been cut.

Under the new system, government departments can share and receive information from businesses at the same time, significantly boosting efficiency.

In Yangpu District, a one-stop company registration center that merges market authorities, banks and seal making services has won the thumbs-up from enterprises.

"In the past, I needed to visit three places to submit materials to the Yangpu District Market Supervision and Management Administrative Service Center first, have company seal made then, and finally open accounts at banks," said head of the Shanghai Leishi Information Science and Technology Co Ltd, surnamed Zhao.

"The center provides a lot of convenience to enterprises, and the business environment of the city is getting better and better," he said.

The Changning District has started a "one license, multiple addresses" trial, exempting companies from the trouble of applying for new business licenses when opening new branches at the same registration departments.

The practice only requires enterprises to submit documents proving the use of relevant venues, and it significantly cuts the materials required, according to the bureau.

"The innovation of policy brings a sense of gain to companies," said Xia Jun, president of Aijun Housekeeping Company, who registered more than 40 business venues of the company in January.