China domestic coffee chain Luckin Coffee is taking its quest for public financing to the country that bred its archrival Starbucks.

The Beijing-based chain last week filed for an initial public offering in the US, reportedly seeking to raise a minimum US$300 million. Some reports speculate the IPO may aim as high as US$800 million. The company is seeking to list on the Nasdaq market.

No number of shares or indicative price was revealed in the preliminary filing with the Securities and Exchange Commission. 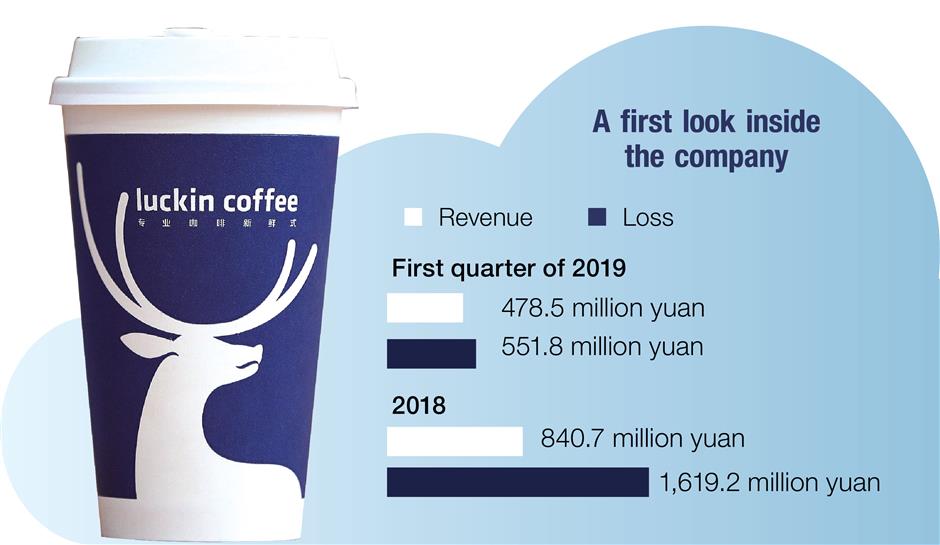 The company said it plans to open 2,500 new outlets this year, which would overtake the number of Starbucks shops in China.

China, once famous as a nation of tea drinkers, is currently the second-largest market for Starbucks after the US, with 3,789 shops in China as of March 31. It has said it hopes to open nearly 600 new stores in the fiscal year ending September 30.

Earlier in April, Luckin Coffee announced that it had raised US$150 million in financing from a group of investors led by BlackRock, the world’s largest asset management firm and also a major shareholder in Starbucks.

That lifted the valuation of the startup to US$2.9 billion from US$2.2 billion only four months earlier.

Most of the chain’s outlets are small booths for quick pickup or delivery, and customers can place orders only on Luckin’s app or some online platforms, including WeChat.

Luckin has been burning through cash to build up its customer base. It offers deep discounts on deliveries of coffee and snacks, and encourages users to share coupons through social media to bring in new customers.

Operating losses are narrowing, and the cost of acquiring new customers dropped from 103.5 yuan per person to 16.9 yuan by the end of March. Promotion fees per customer dropped from 15.8 yuan to 6.9 yuan.

Average monthly customer transactions for the first quarter of this year hit 4.4 million, up from 4.33 million at the end of 2018 and 179,500 a year earlier, according to the company.

However, the effect of an expected rollback in discounts and coupons remains to be seen and is sure to influence the brand going forward.

Some customers say they might not stick with Luckin Coffee if vouchers are withdrawn.

They point out that the public is spoiled for choice when it comes to café fare. But the brand does offer a convenience that many customers like when grabbing a quick brew. 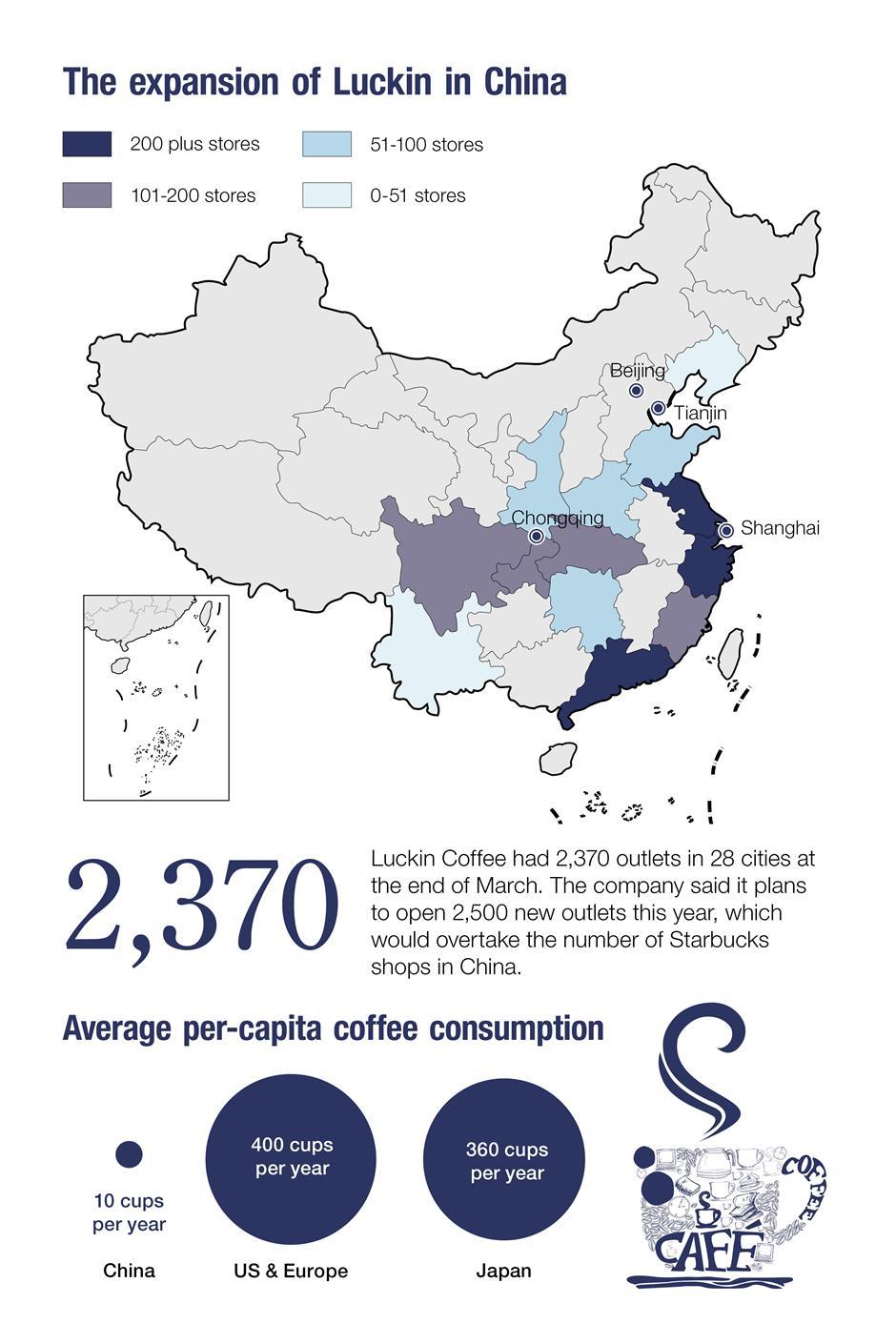 Average per-capita coffee consumption in China is less than 10 cups a year — double in big cities like Beijing, Shanghai, and Guangzhou. That compares with 400 cups per year in the US and Europe, and 360 cups in Japan.

The gap is a reminder why China continues to be one of the largest growth markets for the coffee shop industry. Estimates predict growth of about 15 percent a year, reaching an industry value of 300 billion yuan in 2020, according to a report by CBNData.

Meanwhile, the “new retail” model, a concept created by Alibaba to redefine commerce by enabling seamless engagement between online and offline vending, has led to changes and intense rivalry in almost all industries. The coffee realm is no exception.

Starbucks, collaborating with Alibaba, launched its delivery service in China last September and has expanded it to cover 58 cities.

Though still in its infancy, the service is showing encouraging initial results, with average delivery time less than 20 minutes, according to Starbucks.

Shanghai-based Coffee Box, another local China brand, mainly takes delivery orders via a WeChat mini program. It announced last week that it raised 206 million yuan in the latest round of financing.