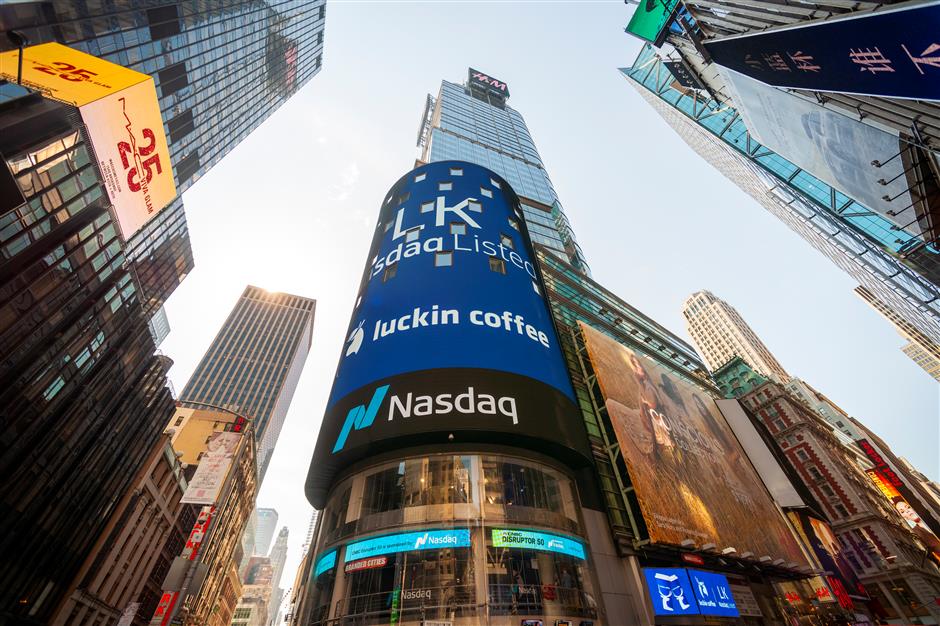 The giant video screen on the Nasdaq stock exchange in Times Square in New York is decorated for the debut of the Luckin Coffee initial public offering on Friday, May 17, 2019.

Chinese coffee startup Luckin Coffee listed its initial public offering on the US stock market on Friday, with a price of 17 US dollars per share, the company confirmed.

The price is at the high end of its previously announced target range of 15-17 dollars apiece. The deal size of the IPO also came larger with 33 million American depositary shares than its originally planned 30 million.

Each ADS represents eight Class A shares. The ADSs are scheduled to commence trading on the Nasdaq on Friday under the symbol "LK."

So far after fees, the company has raised approximately 571 million dollars from the IPO and concurrent private placement to Louis Dreyfus Company B.V.

Before fees, Luckin Coffee gathered US$561 million solely from the IPO, the company said.

The company has granted to the underwriters an option, exercisable within 30 days from the date of its final prospectus, to purchase up to an aggregate of 4.95 million additional ADSs.

If the underwriters exercise their option to purchase additional ADSs in full, the company will collect approximately 650.8 million dollars in total.