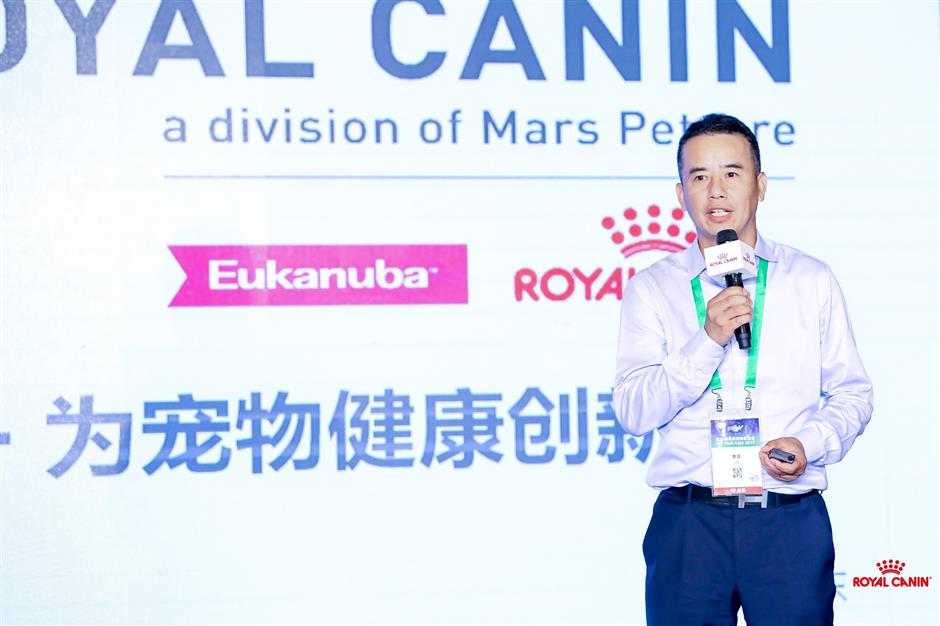 China's pet food industry has seen rising and more complicated demand, which has attracted businesses to offer a greater variety of products to meet niche-market requirements.

One of them is French pet food producer Royal Canin, which released its first sub-health pet nutrition products during the Pet Fair Asia 2019 that began in Shanghai on Wednesday and will run through Sunday.

The new products, formally known as “sub-health canine care nutrition series,” are a crucial step by a leading pet food supplier to shift its focus on general pet health management to preventive care.

“For 51 years, Royal Canin has been committed to pet health care and scientific research on nutrition for dogs and cats," said Cai Xiaodong, general manager of Royal Canin China, which is a division of US confectionery giant Mars Incorporated. “The brand-new sub-health nutrition series is yet another result of our efforts to remain true to that commitment.”

The first product of its kind in the Chinese market, Royal Canin’s new series is said to contain nutritional components that support digestive health and improve the dog’s coat, among other effects, according to a company statement.

China has a pet dog and cat population of around 100 million, which has created a multi-billion-dollar market in less than a decade, according to industry estimates.

With growing demands for products to keep their pooches and kittens healthy and happy, consumers are searching for pet food that allows them to discover sub-health conditions in their pets, so as to detect early signs of diseases and prolong their companionship.

The 2019 White Paper on China’s Pet Industry, released on Monday, projected the pet market size in China reached 202.4 billion yuan (US$28.5 billion) from November 2018 to August this year.

Spending on pet dogs stood at 124.4 billion yuan during this period, up 17.8 percent over last year while cat owners splashed out an aggregate 78 billion yuan, an increase of 19.6 percent year on year.

Pet food remained as the most-purchased item, advancing 9.2 percentage points to account for 61.4 percent of total consumption. Snacks and medicine were the two fastest-growing segments after pet food, expanding 8 percent and 4 percent respectively.

Riding on the crest of the industrial wave, Royal Canin said it expects the domestic pet market to grow to 500 billion yuan in five years.

Spurred by the huge market potential, the company is looking to further tap into consumers’ increasingly wide needs for products and solutions to safeguard the well-being of their “pawed friends.”

It produces over 2,500 tons of kibble every day and distributes over 500 million bags of pet food every year to more than 100 countries and regions, feeding over 21 million cats and dogs worldwide, according to a company press release.