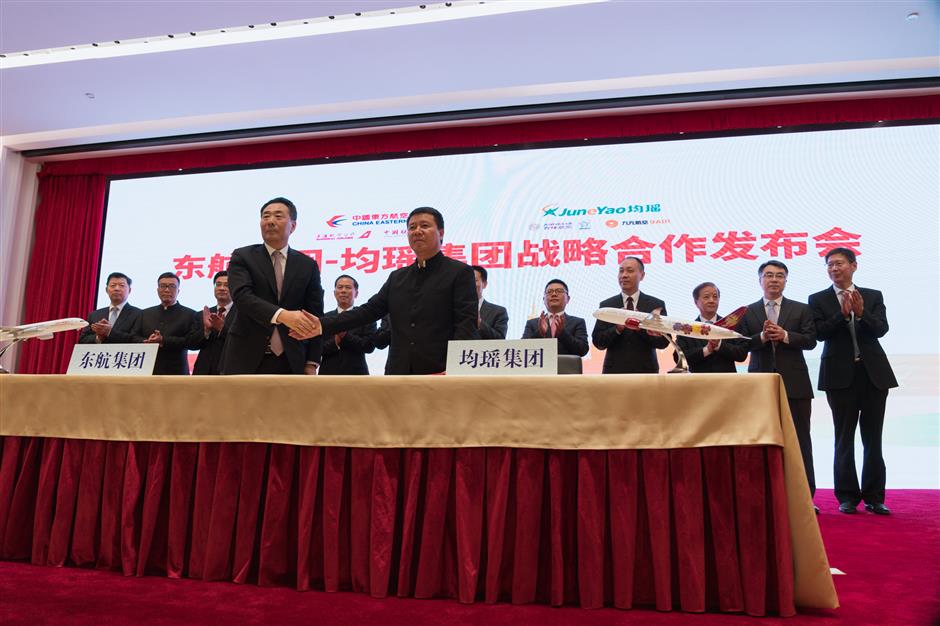 Officials with CEA Holding and Juneyao Group sign an agreement on Friday in Shanghai to become strategic partners.

China Eastern and Juneyao airlines have moved closer through a cross-shareholding partnership to strengthen their positions in Shanghai.

The controlling groups of the two local carriers signed an agreement on Friday to become strategic partners and carry out "overall cooperation on shareholding and businesses."

It also marks the completion of the largest sum in share transactions in China's civil aviation sector totaling 13 billion yuan (US$1.8 billion).

China Eastern's controlling shareholder, CEA Holding, now takes a stake of around 15 percent in Juneyao through a share transfer and non-public share issue.

The investment comes as the Chinese government aims to open up more of its state-owned sectors to private investment as part of a wider effort to make its companies more globally competitive.

Li Yangmin, general manager of China Eastern Airlines, said the cooperation will help enhance the global network of both airlines, help establish Shanghai as an international aviation hub as well as contribute to the nation's Belt and Road Initiative.

"Passengers will get benefits from the partnership with more choices on routes and better services," Li said. 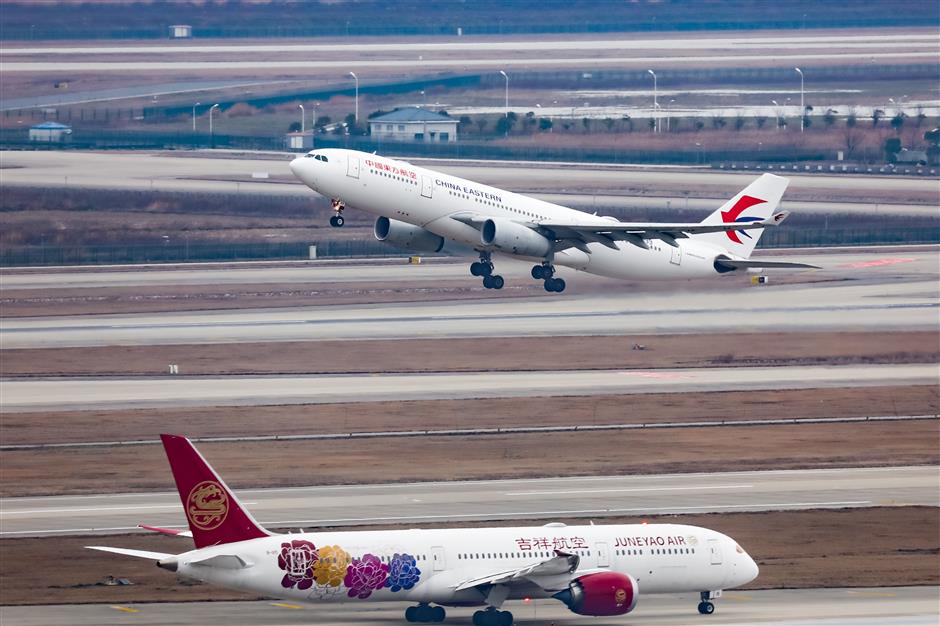 Juneyao, meanwhile, sees partnering with China Eastern as a way of raising its competitiveness and boosting its global brand as it seeks to accelerate international expansion. The airline has recently taken delivery of its 5th Boeing 787 Dreamliner and opened the first intercontinental flight between Shanghai and Helsinki.

"We hope to set an example of cooperation between state-owned and private enterprises," said Wang Junjin, president of Juneyao Group and Juneyao Airlines.

Both carriers have their main bases in Shanghai. Together they control over half of the market in Shanghai.

China Eastern holds about 30 percent of all seats in the local market, followed by its wholly owned Shanghai Airlines subsidiary with about 12 percent market share. Juneyao accounts for some 8 percent of the seats.

The other major players in the city are China Southern Airlines, Air China and Spring Airlines.

Juneyao first flew in 2006 and is one of China’s largest private carriers operating both domestic and international flights. It is a connecting partner with Star Alliance.

China Eastern is a member of the rival SkyTeam alliance. Delta Air Lines, a founding member of SkyTeam, bought a 3.55 percent stake in China Eastern for US$450 million in 2015 and has an observer seat on its board. 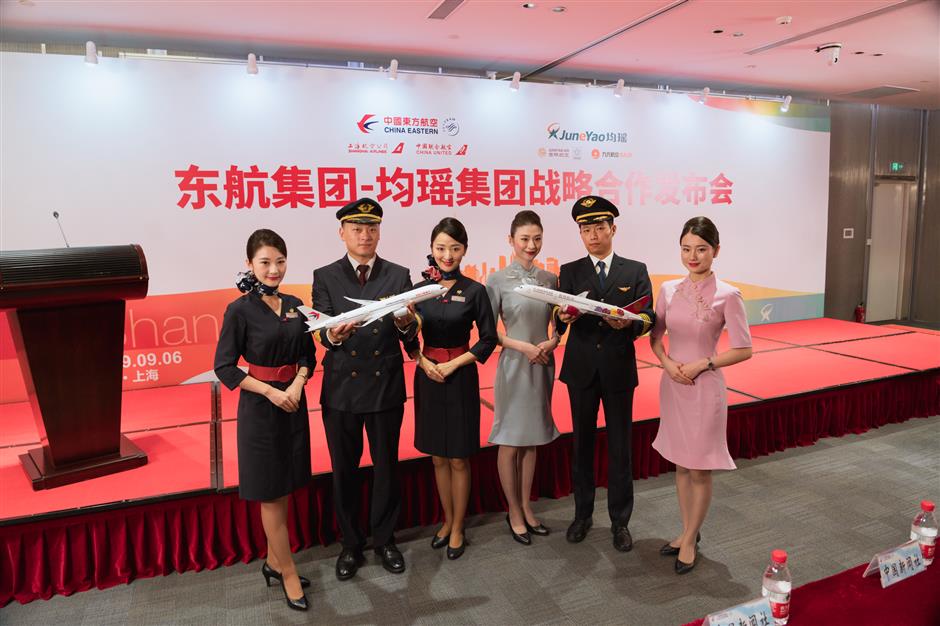 Captains and flight attendants with China Eastern and Juneyao airlines pose together.