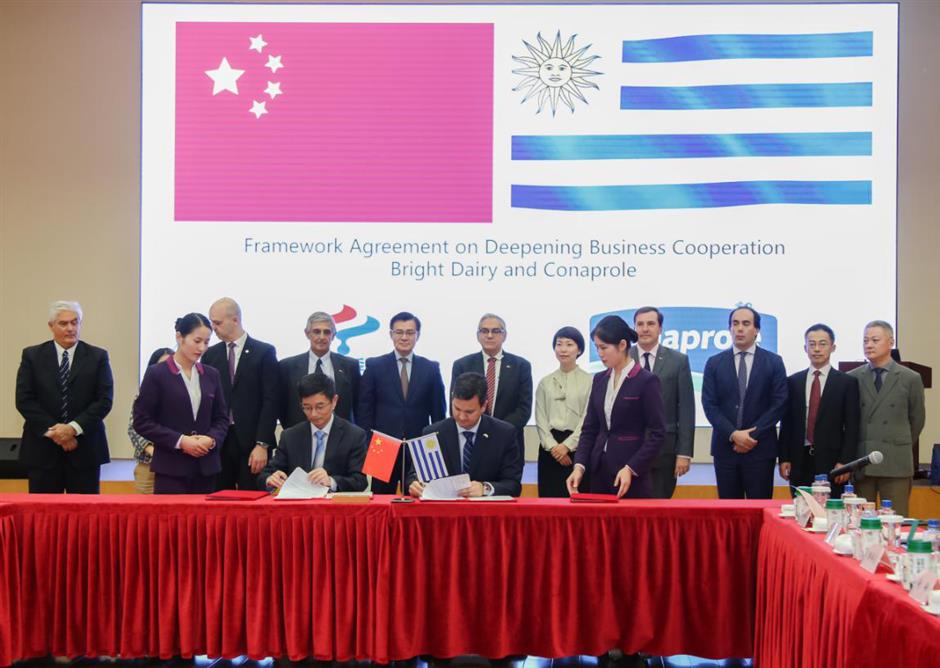 Bright Dairy & Food Co has signed a framework agreement to purchase raw dairy materials from Uruguay's Conaprole and to carry out exchanges in product development and technology upgrades in the future.

More than 70 percent of Uruguay's dairy products are exported. Currently the bulk of Uruguay's agricultural exports to China include lamb, beef and beans.

Enzo Benech, Uruguay's Minister of Livestock, Agriculture and Fisheries, said during an interview with Shanghai Daily that he believes dairy exports will pick up significantly in the coming years following the framework deal, and that technology exchanges between the two sides would also benefit the future development of agriculture.

He hopes agricultural exports to China will include more products such as cereal, honey, fruit and other commodities, as the country also hopes to learn about Chinese consumer demands.

He also noted that the CIIE is offering a platform for leading companies to learn from each other and exchange experiences, and Bright Dairy's overseas expansion would not only provide channels to facilitate trade but also offer wider choices for domestic consumers.

Uruguay is also bringing poultry, agriculture and food products to the expo at its country pavilion.