Thirty years ago, pharmaceutical company MSD made a decision that may have changed the lives of millions of people in China: it agreed to conduct technology transfer of hepatitis B vaccine to China — possibly the country that needed it most at that time.

To commemorate this milestone decision, MSD China held a celebration at the ongoing China International Import Expo, and promised to continue its journey of facilitating China’s public health.

“Public health is beyond borders, and this technology transfer 30 years ago may be one of the best decisions for the 20th century,” said Joseph Romanelli, senior vice president of MSD and president of MSD in China.

In 1980s, hepatitis B was a serious disease threatening Chinese people’s health. At the same time, MSD had developed the then world's most advanced recombinant DNA hepatitis B vaccine and launched it in the United States in 1986.

In order to solve HBV infection, MSD decided to transfer HBV vaccine technology to China in 1989 and to help instruct and train Chinese scientists and engineers.

“At the beginning, we hoped to sell HBV vaccine to China. But even if its price was lowered to the minimum level, Chinese families might still not be able to afford it,” Roy Vagelos, former MSD CEO and chairman, wrote in his memoirs. "The situation was so urgent and I wanted to protect children from this deadly disease."

In the final contract signed with the Chinese government, MSD promised neither to charge any patent fee or profit, nor sell HBV vaccine produced by MSD on the Chinese mainland. Vagelos said: “MSD was trying to use this technology to solve a huge medical problem and help those who faced the risks of the diseases but could not afford it.”

In 1993, China produced the first batch of recombinant HBV vaccines and began to use them. In 2002, HBV vaccine was included in the China National Immunization Program, thus more newborns have been protected from mother-to-child HBV infection. 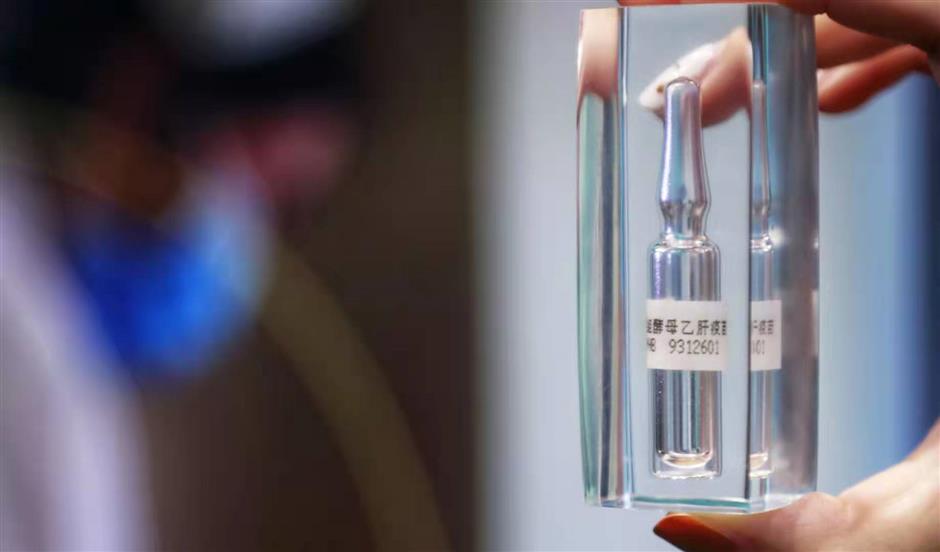 In May 2012, China received a certificate from the World Health Organization, saying it had achieved the goal of reducing the chronic HBV infection rate among children under five to below 2 percent and had set a good example for other developing countries.

“It was an unforgettable journey and resonated the principle of MSD that we are here first to help people who need help,” said Romanelli.

MSD has been committed to developing innovative medicines and vaccines to build a “health Great Wall” for the general public.

At the CIIE, MSD displays its innovative products and R&D pipelines in oncology, vaccine, diabetes and anti-infection at its booth under the theme of “Inventing for Life.”

“China’s deepening health-care reform has provided new opportunities for MSD,” said Romanelli, who said he had a firm belief that the process would gain further momentum. “We can feel it here at the CIIE that China has committed even further in its opening-up process.”

In 2018, MSD had nine innovative drugs and vaccines approved in China — ranging from preventative vaccines to cancer immunotherapy drugs that save lives. 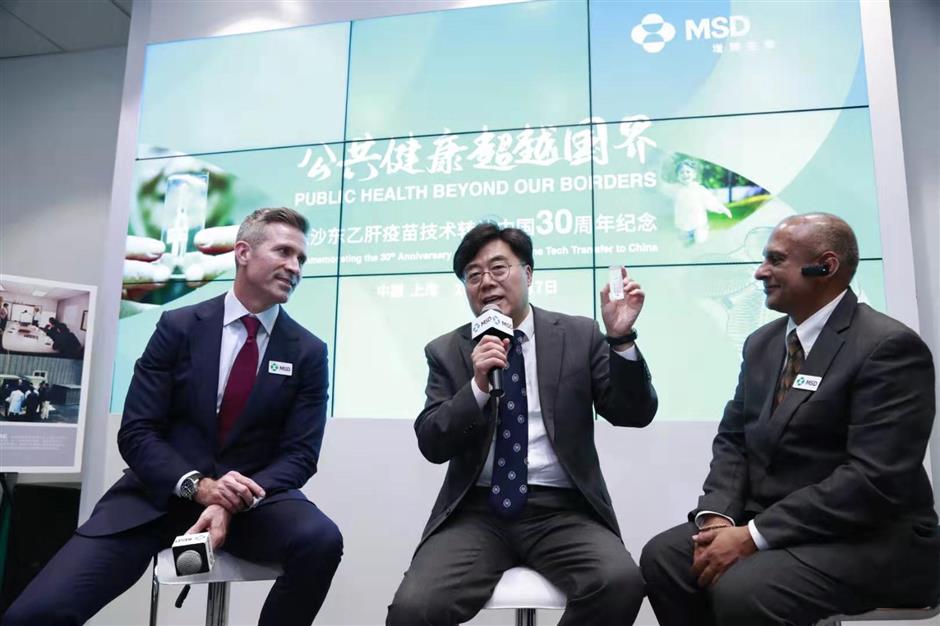 Joseph Romanelli (left), senior vice president of MSD and president of MSD in China, shares a heartfelt moment with two experts involved in the technology transfer of hepatitis B vaccine 30 years ago.