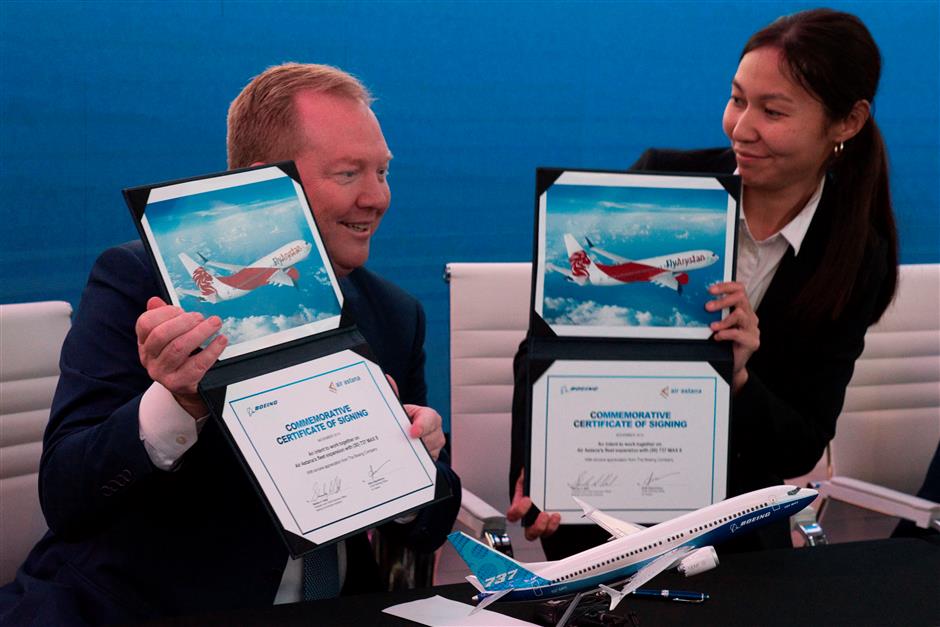 Boeing’s troubled 737 MAX aircraft won another boost on Tuesday as Kazakh flag carrier Air Astana said it planned to buy 30 of the aircraft which was grounded in March.

The US manufacturer announced at the Dubai Airshow on Monday it had sold 10 of the planes to Turkey’s SunExpress, in the first firm order since it was grounded after two crashes that left a total of 346 people dead.

Air Astana said on Tuesday it had signed a letter of intent to buy 30 of the 737 MAX-8 model, with the order to be finalized in coming months.

Boeing said the planes would “serve as the backbone” of Air Astana’s new low-cost carrier FlyArystan.

The last commercial landmark for the troubled model was in June when Boeing secured a letter of intent by British Airways parent IAG to buy 200 of the planes.

The grounding of the 737 MAX has dragged on far beyond initial expectations as Boeing had to upgrade systems and faced questions from regulators and politicians over the plane.

The crisis is one of the most serious in Boeing’s 103-year history and has already cost it tens of billions of dollars, amid multiple investigations by US authorities and complaints from victims’ families.

SunExpress said its purchase of the 10 aircraft was in addition to a previous order for 32 of the aircraft. “We have full confidence that Boeing will deliver us a safe, reliable and efficient aircraft,” the airline’s CEO Jens Bischof said. “However, it goes without saying that this requires the undisputed airworthiness of the model, granted by all relevant authorities.”