Solvay commits to innovation in China 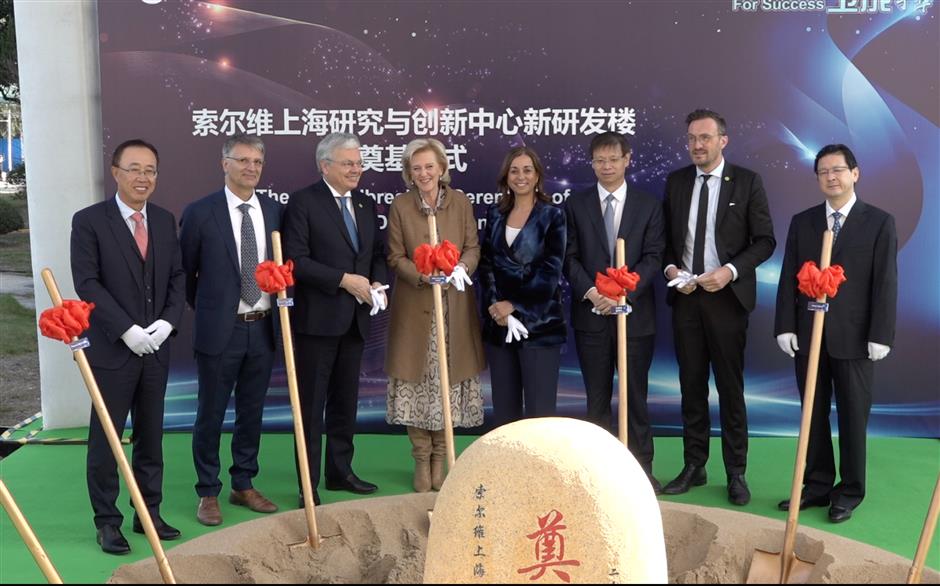 Solvay announces the extension of its Research & Innovation Center in Shanghai.

Belgian chemical giant Solvay is making a bet on innovation in advanced materials and chemicals in China.

Solvay announced the addition of more than 4,000 square meters to its existing research and innovation center in Shanghai on Wednesday. The R&I center is already the third largest for Solvay globally since its establishment in 1997.

“By value, 40 percent of the chemically globally outputs in value is coming from China today, and we know that in the coming five years this gonna exceed 50 percent. The market is here in China and of course we will keep building on innovation abilities to meet the local demands,” IIham Kadri, CEO and president of the Executive Committee of Solvay, said.

The extension will include 800 square meters for advanced materials and new laboratories dedicated to industrial applications and consumer goods.

It will also recruit 50 new researchers.

The groundbreaking ceremony of the R&I center’s extension attracted a Belgium economic delegation, led by Her Royal Highness Princess Astrid of Belgium to the Solvay Shanghai Technology Park.

Gary Zhao, Solvay China R&I director, said that “Through the extension of infrastructure and upgrading of facilities at our R&I center here in Shanghai, we hope to further engage the local research talent and develop our capabilities to support our customers locally, in particular for applications development.”

Kadri added that China has a favorable innovation ecosystem with so many entrepreneurs and startups and she thinks China will play a leading role in innovation apart from being a huge market.

Under the newly established collaboration, both parties will leverage Solvay’s open innovation platform – the Eco-Efficient Products and Process Lab.

The lab was launched in 2011 and has formed alliances with over 30 leading Chinese universities and international research institutions to enhance innovation ability.

In April, Solvay Ventures invested in Longwater Investment, a Shanghai-based venture capital firm in advanced materials and chemistry-related technologies. Solvay hopes to speed up its own innovation by supporting the development of Chinese innovative companies in the advanced material industry. 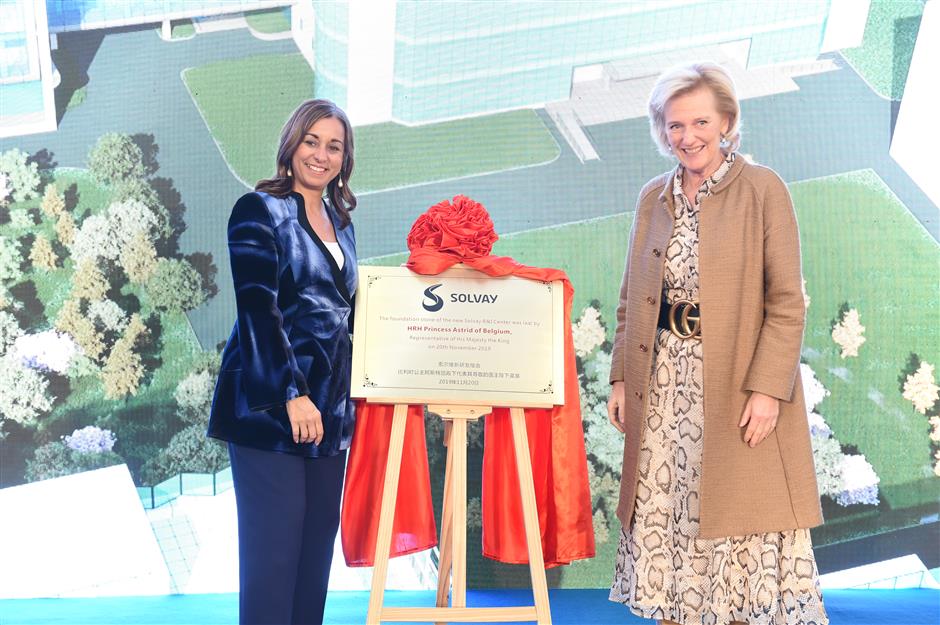 IIham Kadri, CEO and president of the Executive Committee of Solvay and Her Royal Highness Princess Astrid of Belgium unveil a signboard for the expanded R&I center.