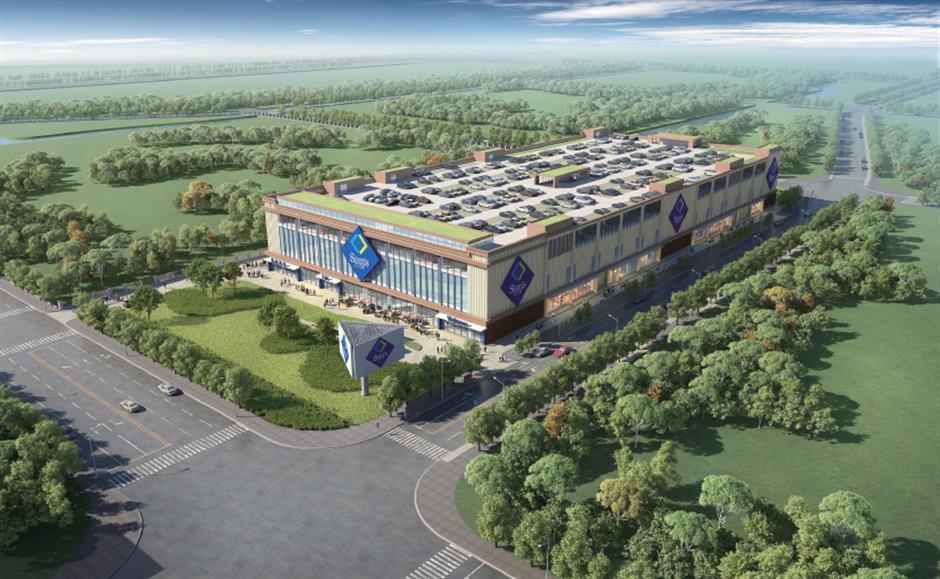 Walmart's membership-only warehouse retailer Sam’s Club announced on Wednesday that it is opening a flagship outlet in Shanghai next year as it competes with rival Costco's growing presence in the city.

This will be the third outlet Sam’s Club operates in the city, and it will be located in the Waigaoqiao Xin Development Park of the China (Shanghai) Pilot Free Trade Zone, spanning 70,000 square meters.

“We are excited to add the flagship outlet into our rapidly expanding footprint; (it is) a testimony of our commitment to our members and China, and the tremendous trust and loyalty local shoppers have shown in recent years motivates us to keep rewarding and surprising our members,” said Andrew Miles, president of Sam’s Club China.

The announcement came just a month after Costco's securing of use rights to an industrial and commercial land parcel in the Pudong New Area jointly with a Chinese developer.

The parcel covers 47,319 square meters in the Kangqiao Industrial Zone, near the Shanghai Disney Resort. Costco hasn't announced the opening date for the store, its second in Shanghai.

Sam’s Club is planning to experiment with new items and business modules in the flagship outlet as it looks to meet local demand.

The Pudong Sam's Club will have the largest single floor space among its outlets in China. It is also expected to offer a range of services related to dining, entertainment and education.

Its second store in Shanghai opened in Qingpu District in June last year and the membership-only retail chain has remodeled to include a wine tasting space, pharmacy, jewellery counter and optical center.

It also set up a kitchen area to showcase its fresh food and kitchen wares.

The standard membership fee at Sam’s Club is 260 yuan (US$39) per year, while Costco's annual membership is 299 yuan.

Sam’s Club offers around 4,000 items to shoppers in China, including goods imported from over 30 countries.

Currently more than 30 percent of its members shop both offline and online through its flagship store on JD.com and its official website.