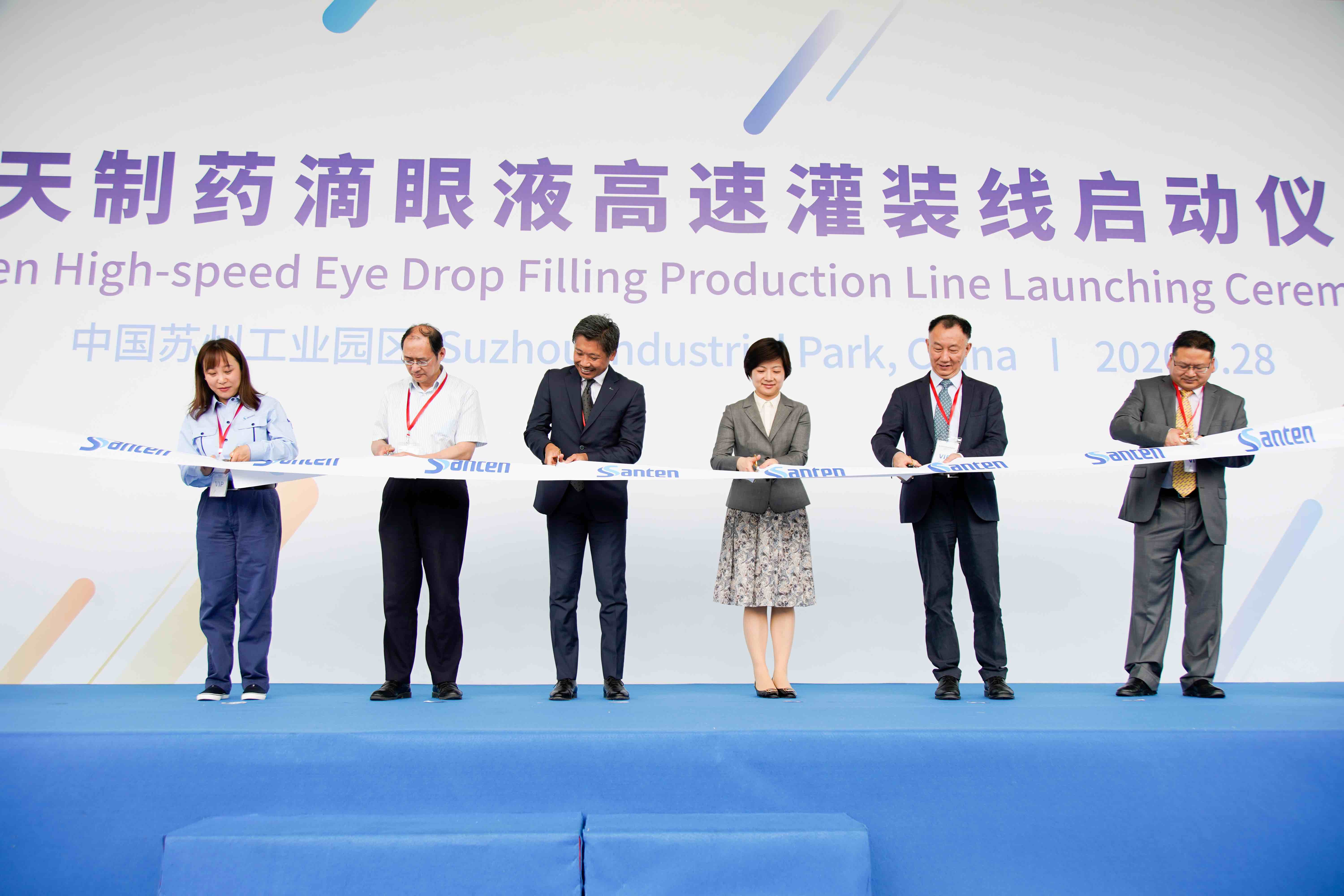 The high-speed production line has expanded the manufacturing facility by six times and output has tripled from previous levels.

Santen is also preparing to start construction on a second wholly owned ophthalmology production base in the Suzhou park covering 120,000 square meters, the largest of its kind for the company globally, which will have an estimated annual output of 1 billion units.

In the fiscal year which ended in March, sales from Santen's China businesses accounted for around 9 percent of total revenue.

China's ophthalmology market is expected to see further growth as a result of increasing number of patients and improvements in the health-care system.

"We hope to further strengthen competitiveness by ensuring ample supply and high-quality products here, and continue to contribute to the development of ophthalmology in China," he added.