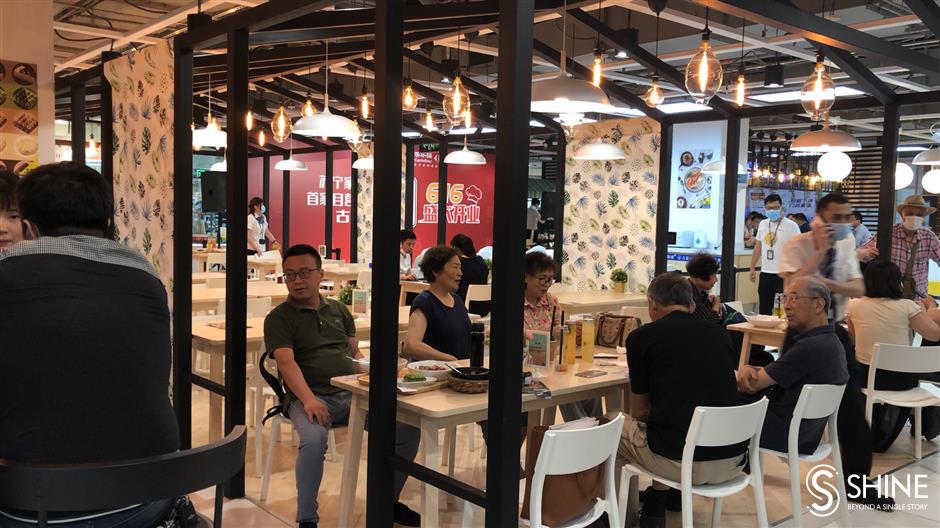 Carrefour plans to open 100 in-house eateries this year at its existing supermarkets nationwide, the first of which officially opened on Tuesday at its Gubei branch on Shuicheng Road N.

Earlier this year, Carrefour set up a catering division and took charge of ingredient sourcing, product design and promotion for its new Mr Fu restaurant chain.

Renovation work will be rolled out at selected Carrefour branches as it seeks to replicate the in-house catering model at other existing outlets by taking charge of raw material sourcing instead of leasing food stalls to third-party vendors.

Li Yijiang, head of Suning Carrefour's catering business division, said it has designed about 2,000 food and drink products, and plans to add around 30 new offerings each month.

The 700-square-meter catering area will also deliver better synergies with its supermarket business.

"We will have more independence to promote food and drinks according to different festive occasions and promotional activities, and we also offer customized decoration styles at consumers' requests," Li said.