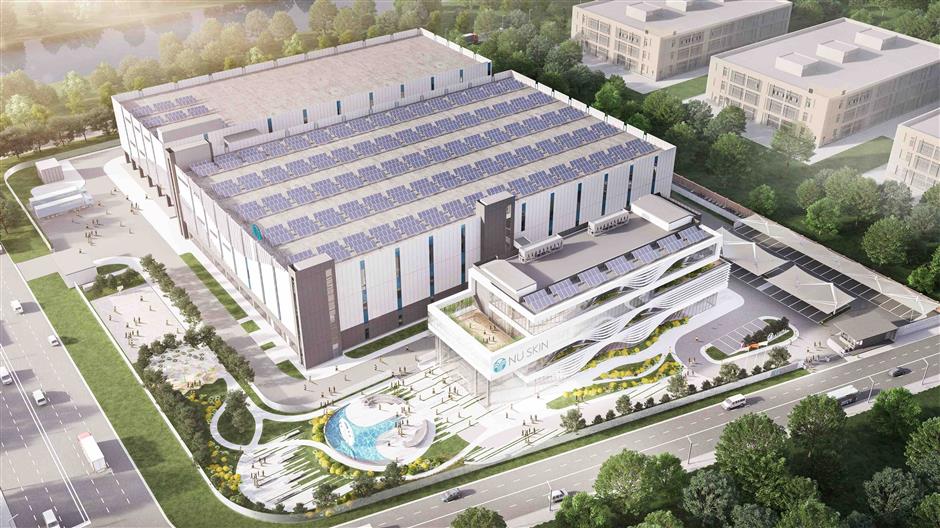 Nu Skin's new production facility costing 360 million yuan (US$52.6 million) has 12 production lines and is expected to double its current production capacity to about 80 million items of personal care per year.

US-headquartered Nu Skin said it's upbeat about China's skincare and beauty consumption and its new manufacturing site in Fengxian District is on track to become operational in early 2023.

The new 360 million yuan (US$52.6 million)production facility with 12 production lines is expected to double its current production capacity to about 80 million items of personal care per year, said Antony Qi, vice president of Manufacturing at Nu Skin China.

"We aim to upgrade skincare technology for the younger generation and we remain confident of the Chinese market," he said.

Shanghai is home to the headquarters of about 60 multinational skincare and beauty products and has also attracted research facilities of different sizes and functions.

Cosmetics company Shiseido has set up a research facility also in Fengxian District in March to drive technology innovation as part of the local government's efforts to connect beauty companies and relevant players to boost economic development.

It will also make a debut at the upcoming China International Import Expo with 180 square meters of space and will unveil a new beauty device to showcase the latest technology on skin improvement.

Nu Skin located its China Innovation Park in Shanghai in 2014 with 500 million yuan investment in Fengxian and has connected with industry partners in the region.