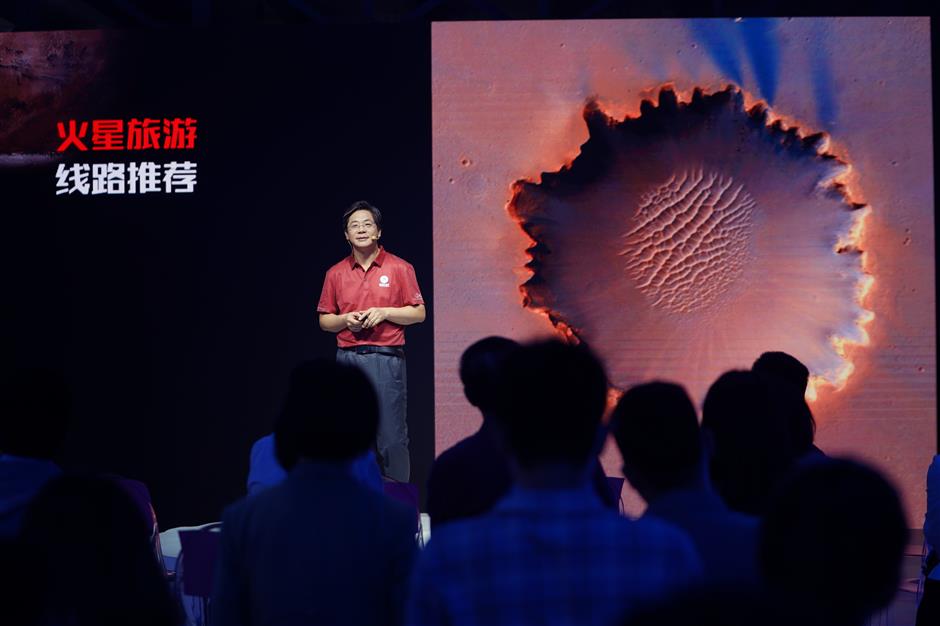 A scientist is talking about a possible trip to Mars in the future at the annual Zaojiu lecture.

The YSP research hub on Yangshupu Road in Yangpu District, which used to be an iconic old industrial area, has been unveiled to facilitate the district’s innovation and transformation.

Invested by Zaojiu, a TED-like platform, the research hub is expected to introduce top scientists and give intelligence support for the district with the support of its government.

“We hope to bring together specialists in artificial intelligence, psychology, ethics, sociology, economics and futurology, sharing their insights and vision about the world,” said Tang Weiwei, founder of Zaojiu.

The platform has hosted more than 500 townhall-styled lectures since its establishment in 2015. On Saturday, top scientists in astronomy from the Chinese Academy of Sciences gave speeches about China’s Mars probe via Tianwen-1. Such programs have been livestreamed and created a virtual community that has an audience of billions, the company said.