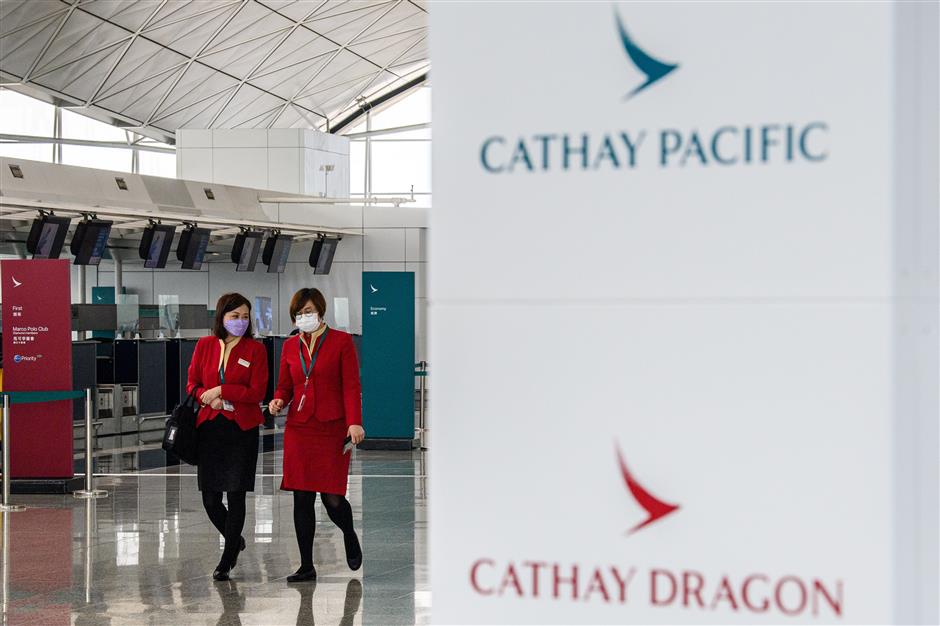 Cathay Pacific is to slash up to 5,900 jobs and shutter its Cathay Dragon subsidiary, the Hong Kong carrier said on Wednesday, joining a growing list of airlines making swingeing cuts as they reel from the coronavirus pandemic.

Across the globe, airlines have been hammered by the pandemic slashing international travel and they face a long, hard winter after a much-hoped-for rebound failed to materialize.

On Wednesday, Cathay Pacific published a corporate restructuring plan that will lead to thousands of job losses and one of its airlines to disappear completely.

"The global pandemic continues to have a devastating impact on aviation and the hard truth is we must fundamentally restructure the group to survive," CEO Augustus Tang said in a statement.

"We have to do this to protect as many jobs as possible and meet our responsibilities to the Hong Kong aviation hub and our customers."

Bosses said 5,300 redundancies would be made among the airline's Hong Kong-based employees with a further 600 losses overseas — the equivalent of 17 percent of its total workforce.

Including a recruitment freeze and natural attrition, 8,500 positions will disappear in total.

The company is seeking regulatory approval to absorb Dragon's routes into Cathay Pacific and its budget airline HK Express.

Airline revenues plunged 80 percent in the first six months of the year, according to industry body IATA, but they still had fixed costs to cover — crew, maintenance, fuel, airport levies and now aircraft storage.

Tang said the airline was currently burning through up to HK$2 billion (US$260 million) in cash each month during the pandemic.

"This is simply unsustainable. The changes announced today will reduce our cash burn by about HK$500 million per month," he added.

There is scant hope on the horizon.

In a note to investors on Monday that detailed its most optimistic scenario, Cathay Pacific said it expected to run at half its pre-pandemic capacity next year.

One of the biggest disappointments for airlines has been the absence of highly lucrative business-class travelers who prefer now to rely on teleconferencing rather than run the risk of catching the virus.

Airlines are hopeful that better testing procedures at airports and "travel bubbles" between countries might encourage more people to fly.

Work on the latter has been slow, especially as the virus surges for a second time in Europe and North America.

Last week, Hong Kong and Singapore announced plans for a "travel bubble" to allow people who test negative for the virus.

Once the scheme comes in, passengers who test negative for the virus will be able to travel on dedicated flights and not need to quarantine on arrival.