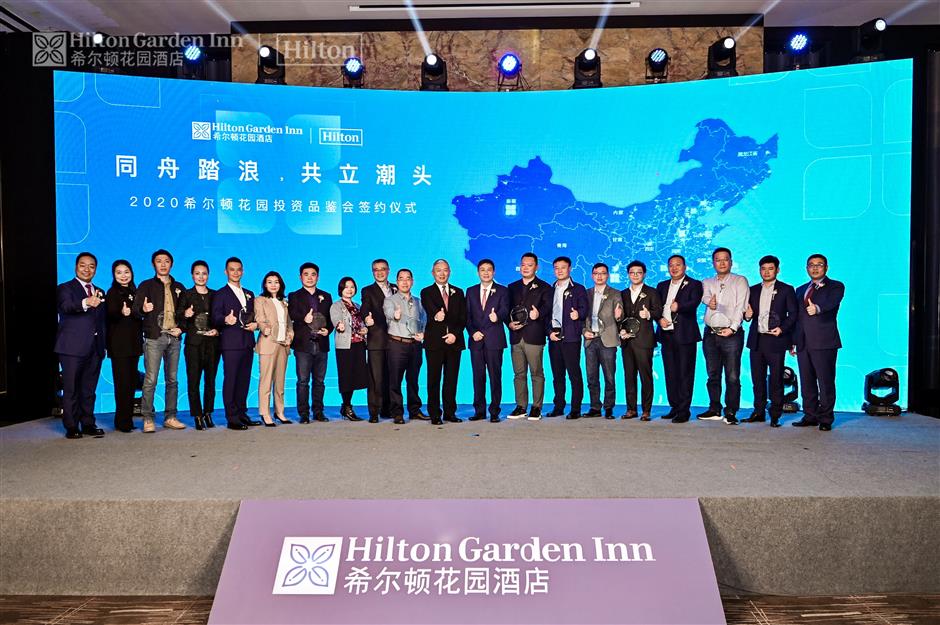 Hilton Garden Inn is seeking exponential growth in China over the next couple of years amid the rapid increase of middle-class travelers, a senior executive told the brand's annual roadshow in Shanghai on Tuesday.

By 2025, Hilton Garden Inn will have more than 200 hotels in China with over 500 in development, compared with 24 and over 70, respectively, at present, said Qian Jin, area president, Hilton China and Mongolia.

"Hilton remains confident in its optimistic belief in the China market,” Qian said. "While facing a new landscape in the post-pandemic era, Hilton will stick to its five strategic pillars to achieve its goal to manage 1,000 hotels in China by 2025 and the growth of Hilton Garden Inn is a testament to that commitment."

Hilton Garden Inn entered the China market in 2014 with the opening of its first hotel in Shenzhen in Guangdong Province. It has been on a fast track to recovery across the country following the COVID-19 pandemic.

Its average occupancy rate has exceeded 70 percent in recent months and the average revenue per room during the National Day holidays was up by high single digits from same period a year ago, the company said.

During the roadshow, Hilton signed management contracts with several owners for a total of 15 Hilton Garden Inn hotels in more than 10 cities around the country including Beijing, Shenzhen, Nanchang, Wuhan, Chengdu, Shaoxing and Yangzhou.

Globally, Hilton Garden Inn is present in 49 countries with about 1,200 properties, including supply and pipeline.