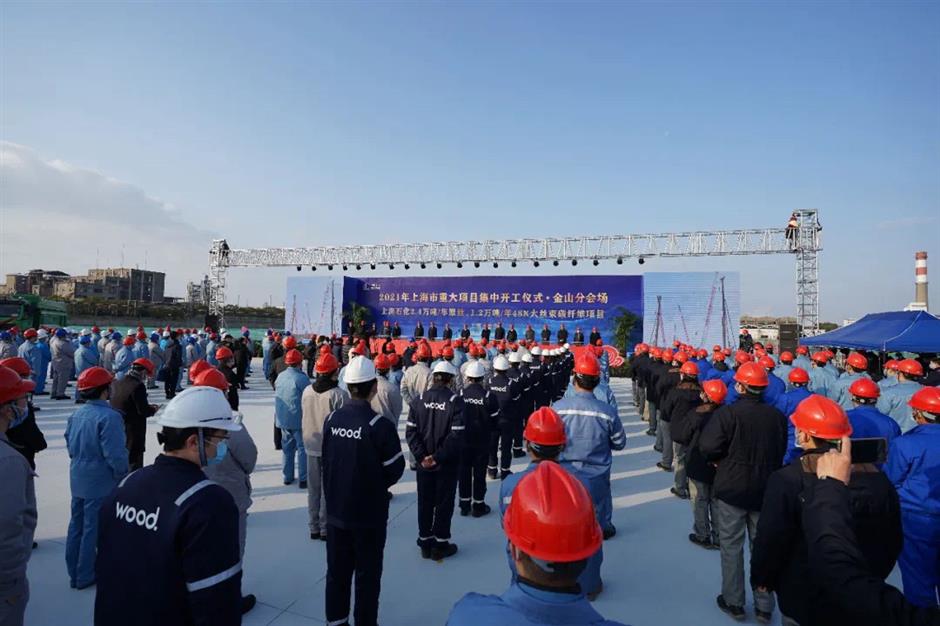 A tow is an untwisted bundle of continuous filaments and China was dependent on imports, mostly from the US and Japan, for its 48k large-tow carbon fiber — bundles with 48,000 carbon fibers.

The relative density of carbon fiber, for example, is about a quarter of steel, but its tensile strength is seven to nine times greater.

However, it is relatively expensive when compared with similar fibers, such as glass or plastic, and its application is relatively limited.

The mass production of 48k large-tow carbon fiber technology will bring down the cost of producing carbon fiber and expand its application.

Sinopec Shanghai began researching carbon fiber in 2007. By 2018, it had developed its first 48k carbon fiber. Last March, it decided on the current investment.

By 2018, the Chinese market was consuming 31,000 tons of carbon fiber, 32 percent more year on year and more that 70 percent was imported.