Sonova hears the unspoken pain of children with ASD

The hardest pain for a patient may be that it can’t be expressed. Sonova, the world’s leading hearing solution provider, manages to hear the unspoken pain of autistic patients.

And this effort was recognized by the public in China as the Swiss company won the Excellence Award for Innovation 2020 at the “Innovation and Sustainability” 2020 Excellence Awards for Corporate Social Responsibility.

“In China and around the world, we have tried to understand how painful it is for autistic children to learn in a noisy environment, and with our technology and our partnership with shareholders of different communities, we have found a solution to it,” said Guan Jingjing, director of the Sonova (Shanghai) Innovation Center.

According to studies, children with autism spectrum disorder (ASD) have greater difficulty processing speech in the presence of background noise than their peers.

ASD has a major impact on children’s lives, affecting their development and especially interfering with their ability to communicate and interact with others. This not only impacts their home lives, but also can be particularly challenging when it comes to their success in school.

Some children with ASD struggle in noisy environments like classrooms. They’re often unresponsive, and they struggle to pay attention to auditory stimuli such as a teacher’s voice. 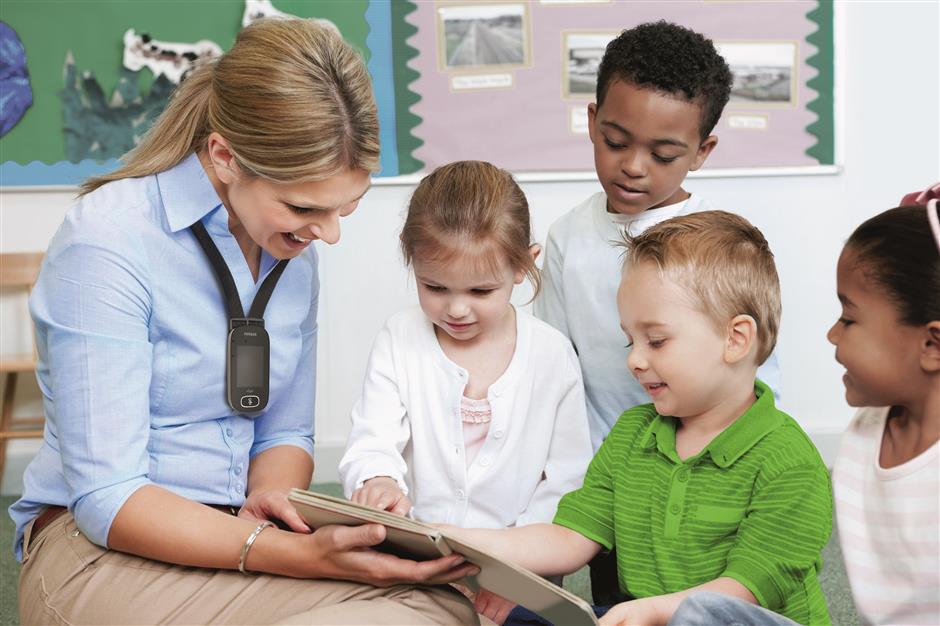 Teachers only need to wear a small Roger microphone to send sound into the behind-the-ear receiver worn by the child.

To address the problem, Sonova has developed the Roger Focus under its Phonak brand. It’s an easy-to-use product. For teachers, they only need to wear a small Roger microphone to send sound into the behind-the-ear receiver worn by the child. The microphone “hears” and clarifies the teacher’s words before sending instructions to the Roger receiver and into the child’s ears.

This approach cuts out distracting noise like nearby conversations or classmate’s movements of books and chairs, allowing the child to hear and respond to more of the teacher’s instructions. 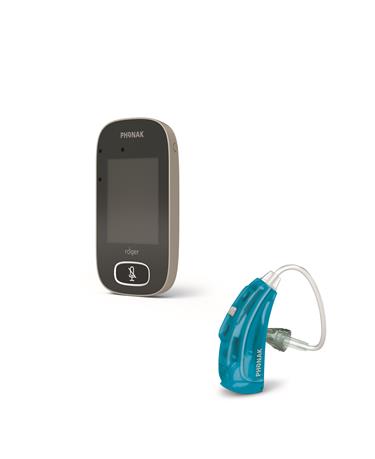 The microphone “hears” and clarifies the teacher’s words before sending instructions to the Roger receiver and into the child’s ears.

Study in ASD population showed that speech perception scores in background noise with the Roger Focus were significantly higher than those without it by an average of 21 percent.

“We have made it a project in China by partnering with the Shanghai Jiao Tong University, East China Normal University, Shanghai Mental Health Center and the ASD Association in Minhang District,” said Sonova’s Project Director Li Yaqing. “It’s part of our corporate social responsibility practices that we hope to help all people suffering from hearing loss/hard of hearing.”

Media reports show that across the world, around 15 percent of the population suffers from hearing loss, and each year more than 660,000 newborns have serious hearing problems. Moreover, one in 160 children has ASD around the world, according to WHO’s estimation.

In China, about 30,000 newborns are diagnosed with hearing difficulties every year, and the number of children under 12 years old with ASD is estimated to be 2 million.

“In addition to its application benefits, the project is of great academic value,” said Chang Hui, deputy dean of the School of Foreign Languages at Shanghai Jiao Tong University.

Since last year, the project has been carried out in university laboratories and proved effective for children.

“Children have better concentration and understanding after using the Phonak product, and we plan to expand the scope of testing to allow more people to benefit from the program,” Guan said.

The “Innovation and Sustainability” 2020 Excellence Awards for Corporate Social Responsibility showcases companies’ innovation and sustainable development, as well as their contributions to the sustainable and healthy development of Shanghai’s economy and society.