The share price of QingCloud, a cloud computing service provider, jumped 29 percent on its first trading day on the Shanghai STAR Market, after its initial public offering to raise 1.19 billion yuan (US$188.9 million).

The company's share price closed at 82.13 yuan on Monday with a market value of about 3.9 billion yuan.

QingCloud is the first listed hybrid cloud service provider — one that offers services in both private and public cloud markets — in China.

“Cloud is the cornerstone of the digital world, because it enables people to use technologies and products without owning them at a much lower cost,” said Huang Yunsong, chairman and chief executive officer of QingCloud.

The hybrid cloud market accounted for only 9.8 percent of the cloud market in China, compared with 58 percent globally, which points to huge growth potential.

QingCloud may become a world-class cloud platform, contributing to core information infrastructure construction and national data security, according to Jui Tan, managing partner of BlueRun Ventures China, another major investor of the company.

Unlike other cloud firms such as Alibaba Cloud, AWS and STAR-listed UCloud, QingCloud primarily offers cloud software and services and rents IT infrastructure, a strategy that helps it avoid huge investments in data centers. 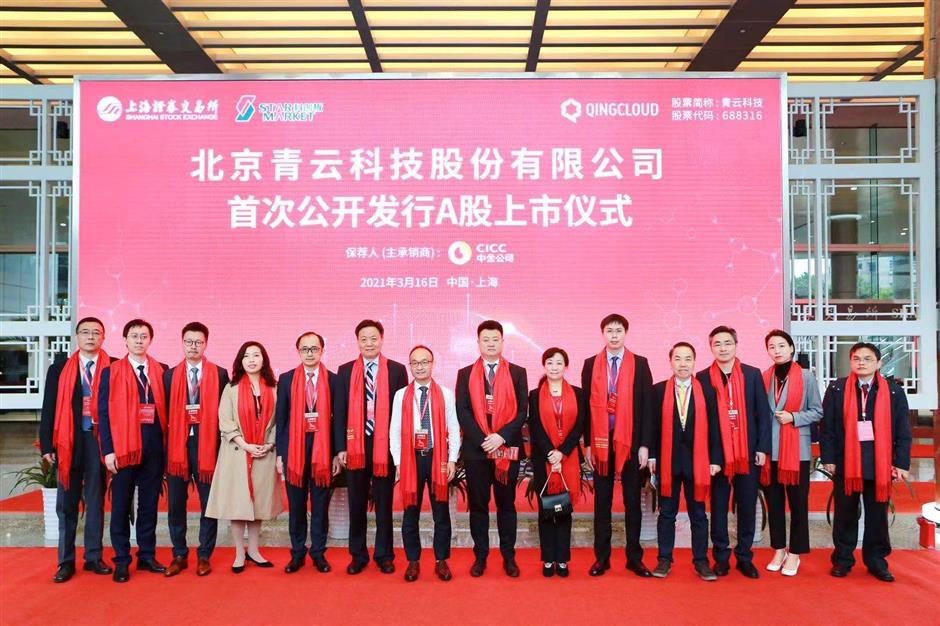