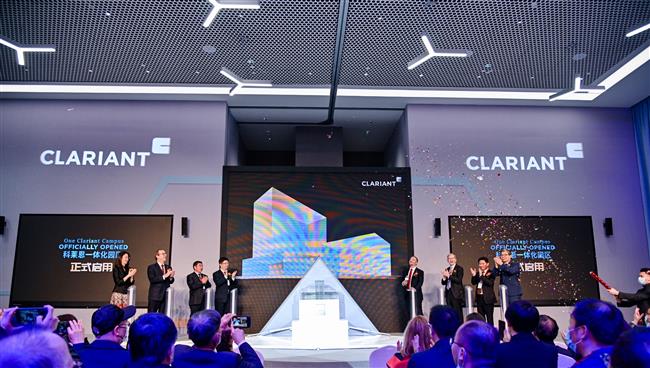 Clariant AG, a leading Swiss multinational speciality chemicals company, opened its first innovation center in Shanghai — and third in the world — on Thursday, saying it will increase the number of research staff at the center to 75 from 50 in two to three years.

The innovation center, including most of Clariant’s laboratories, is located at the Xinzhuang Industrial Park's One Clariant Campus in Minhang District, which also houses its China Operation Headquarters.

The company signed a contract with the Minhang government in 2016 to invest 45 million Swiss francs (US$48.52 million or 317.7 million yuan) to build the center. The company's other two innovation centers are in Switzerland and the United States.

“China surpassed the United States to become the biggest chemical market in 2008, and now accounts for about 44 percent of the global market,” said Andy Walti, vice president of Clariant and head of Clairant China.

“Last year Clariant’s sales in China increased about 6 percent and took up 10 percent of the group's total sales," he revealed.