Huawei Technologies released its latest HarmonyOS2 system and nearly 100 devices that support it on Wednesday.

HarmonyOS, or Hongmeng in Chinese, is an operating system designed for various devices and scenarios. It was first launched on Internet of Things devices. 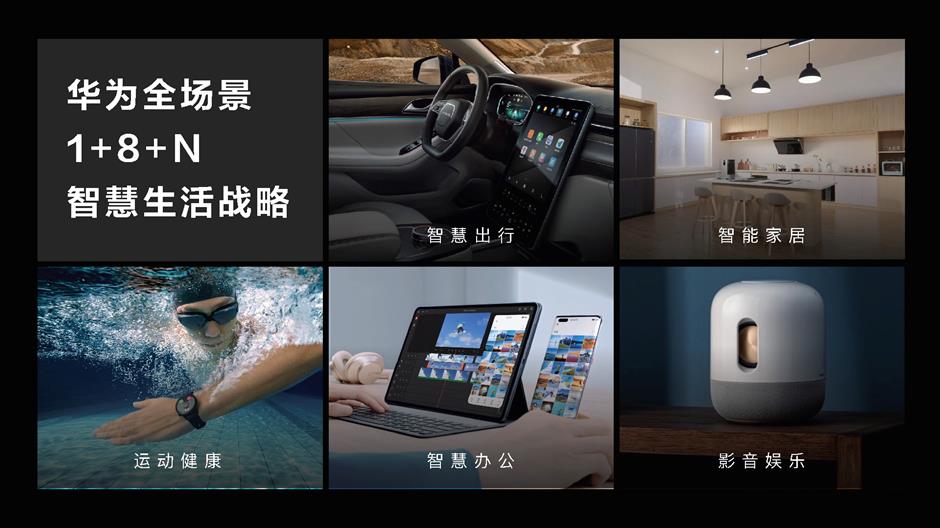 The first batch of products supporting HarmonyOS2 includes the Huawei Mate series from Mate 40, Mate 30 to Mate X2, as well as P40 and Nova 8 models, along with the Huawei Watch 3 and devices including monitors, tablets and headphones.

Huawei's previous models like Mate 10 and P20 can be upgraded to HarmonyOS2 next year, the company said.

The various devices can connect and interact within "one click or swipe," said Wang Chenglu, president of Huawei's software department and its AI and All-scenario Intelligence Business Unit.

"It's a unique system to link smartphones and the Internet of Things worldwide, based on its unified source codes," Wang said.

During a demo, a Windows computer with HarmonyOS2 software wirelessly connected and synchronized with a HarmonyOS2 phone.

The new system will help Huawei to grow in spite of strict US sanctions which may forbid use of Google's Android system and its tools.

Huawei's new system is not a direct rival to Google Android or Apple's iOS. More important, it represents a new era of "all things connected," according to a report from the China International Capital Corp (CICC).

Huawei expects the number of devices equipped with HarmonyOS to reach 300 million by the end of the year, including more than 200 million Huawei devices.