The design of the font in Huawei's HarmonyOS system was inspired by Chinese calligraphy dating back 3,000 years, a Huawei designer said in Shanghai on Wednesday.

HarmonyOS , which debuted in June, supports over 100 languages, including localized font designs in Chinese, English, Latin and Arabic.

Computers and devices can use those fonts for free after installation, said Huawei designer Dafu.

For Chinese languages, Huawei cooperated with culture and calligraphy artists to design the font, which is also inspired by oracle bones from in Shang Dynasty (1600 BC -1046 BC). They are filled with "beauty and great taste," Dafu said at Huawei's flagship store on Nanjing Road E.

The design of HarmonyOS represents the "crossroad of art and technology," said Dafu. `

By last week, more than 10 million users had upgraded to  the HarmonyOS system following its official debut on June 2.

Huawei has a target of making HarmonyOS, or Hongmeng in Chinese, cover 300 million devices by 2021.

The development of HarmonyOS ecosystem can help Huawei to survive and develop in the face of strict US sanctions which may forbid the use of  Google's Android system and Google's tools, analysts said. 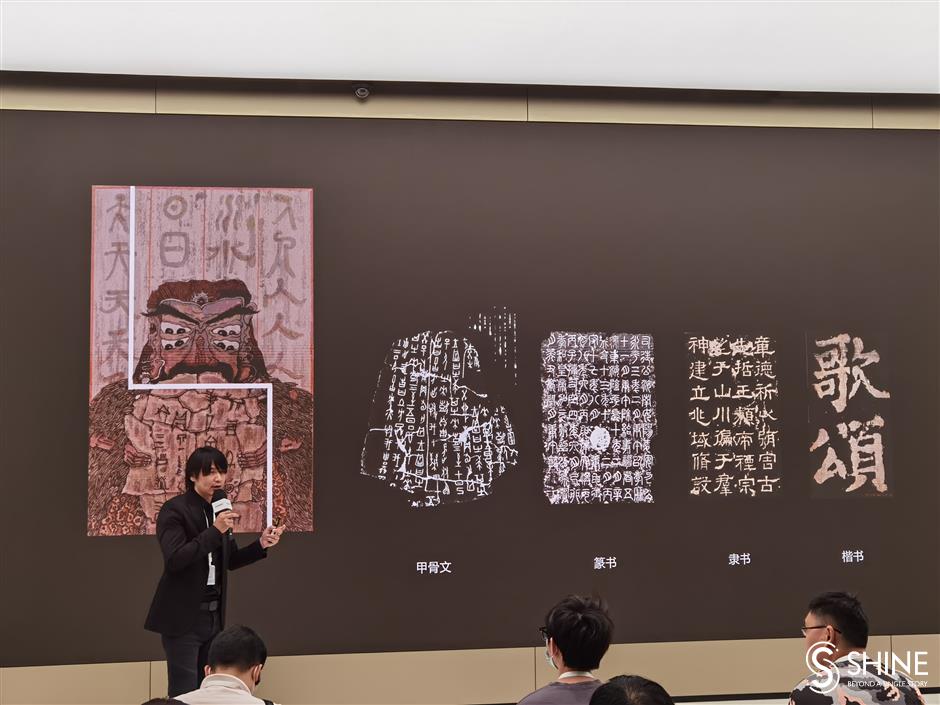 Huawei designer Dafu introduces the font design of its new HarmonyOS system that was inspired by Chinese calligraphy dating back 3,000 years