Xiaomi aims to be global No. 1 smartphone brand in three years

The Hong Kong-listed tech giant surpassed Apple to become the world's No. 2 smartphone brand in the second quarter.

It launched a new smartphone, tablet, TV, speaker and a robot CyberDog, at an online event.

"Xiaomi's first priority target is to keep the No. 2 position. We will try to be No. 1 within three years," Lei said. 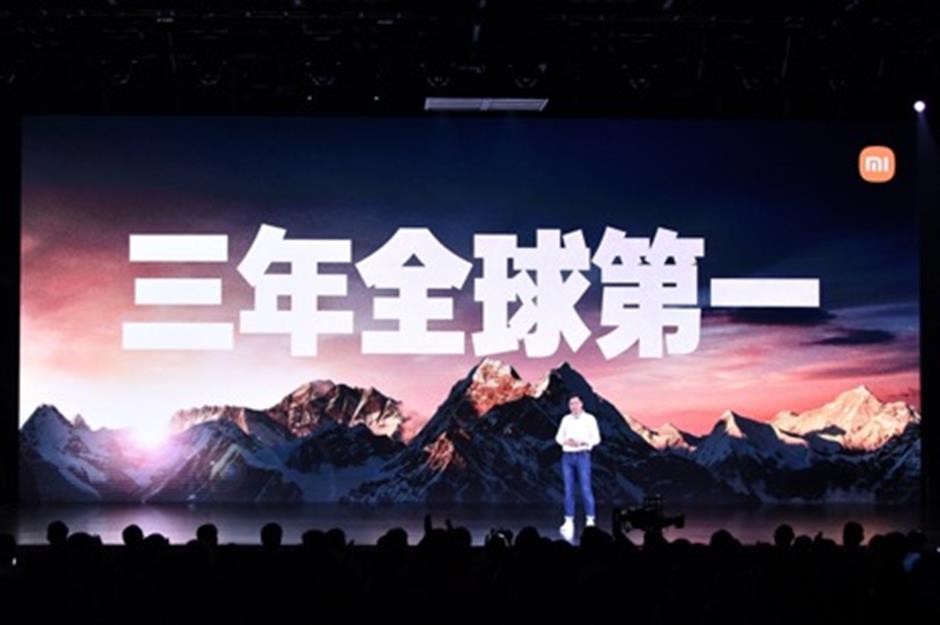 Xiaomi smartphone sales jumped 86.6 percent to hit 53.1 million units in the second quarter, taking a 17-percent share of the global smartphone market. The result helped the company overtake Apple for the first time, but it is still behind market leader Samsung, according to researcher Canalys.

Xiaomi became the No.1 player in Europe in the quarter with 25.3 percent market share, beating both Samsung and Apple. It is now the top smartphone brand in 22 countries and regions, according to another researcher, Strategy Analytics.

The sales decline of Huawei, due to strict US tech sanctions, means more opportunities for other vendors, including Xiaomi, analysts said. Huawei used to be the No.2 player behind Samsung.

The company also announced it has invited Su Bingtian, the first Chinese sprinter to race in the Olympic men's 100m final, to be a brand ambassador of Xiaomi.

Also, Xiaomi said it will refund 1,999 yuan each to buyers of its first-generation phone released in 2011 to show its gratitude for loyalty. It will cost the company 370 million yuan, Lei said.

The new MIX 4 smartphone is the company's new flagship model with Camera Under Panel (CUP) technology that offers the industry's "best screen" for design and display. The feature cost Xiaomi over 500 million yuan and 60 innovation patents and will help it explore the high-end market segment, Lei said.

The phone, featuring a Snapdragon 888 chip platform, AI-powered camera system and wireless charging, is priced from 4,999 yuan. Comparatively, most of Xiaomi's phones used to cost less than 3,000 yuan.

The company also launched CyberDog, a robot dog using its latest AI and smart manufacture technologies. It is voice-controlled and has automatic obstacle avoidance. It costs 9,999 yuan, and is one of the earliest smart robots available in the consumer market.

The company announced it would establish a robot lab for a new ecosystem, inviting partners and developers to offer more applications and services. 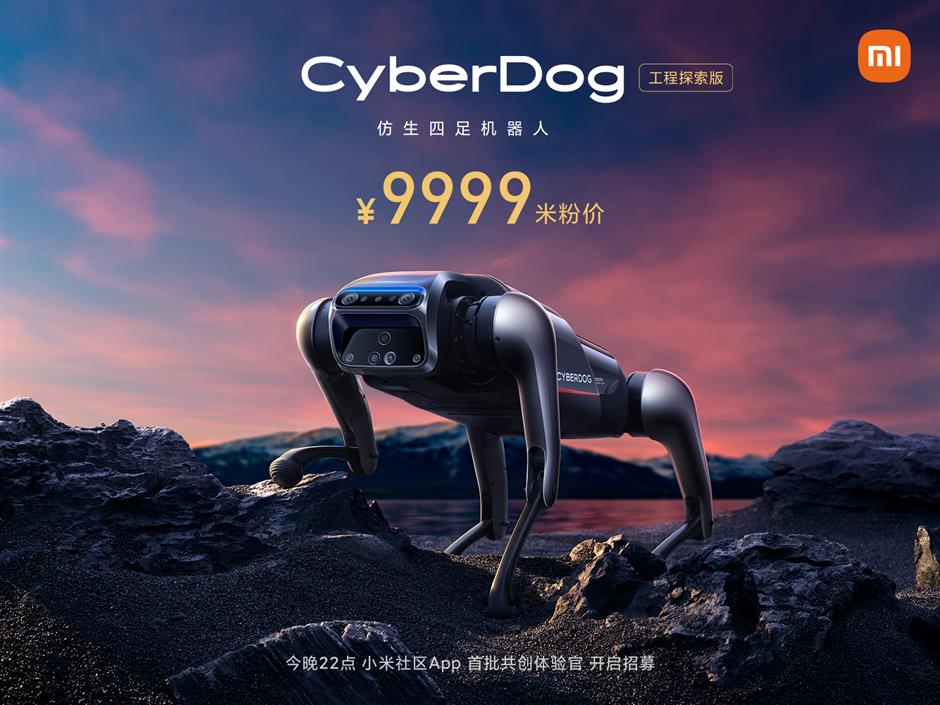 Xiaomi's CyberDog with a price of 9,999 yuan