The Spring/Summer 2022 Prada women's wear collection, unveiled simultaneously in Milan and Shanghai recently, is an exercise in stripping down clothing, reducing garments to their simplest form.

A seduction through reduction!

Prada's co-creative directors Miuccia Prada and Raf Simons have reinterpreted ideas and outlines of dress – the memory of a train, the bones of a corset and the curve of a brassiere.

The stitched bones or lacing of corsets form new pieces, rather than holding or restricting the body, skin bared beneath. The idea of a train goes back to a spontaneous gesture of couture silk.

Each negates their traditional connotations of restriction – they are reconsidered, rethought and confronted. The body is freed, and so is the woman who wears them. 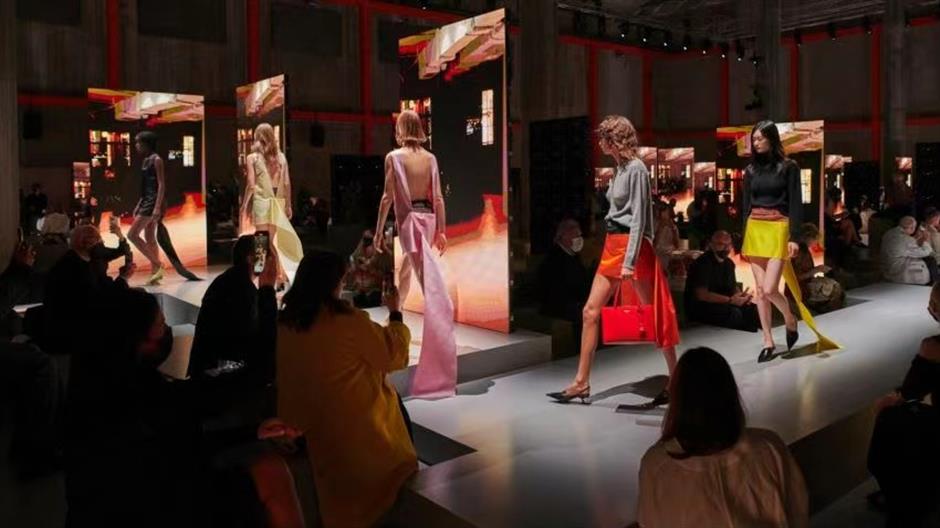 The deliberately outlined breast shape design is placed on the polo shirt with androgynous features, while mini skirts highlight shorts that are longer than the skirts. Prada tries to break the "male gaze," and let women become the masters of their own bodies in a true sense.

"Trains, corsets, evening gowns. These things that are historically beautiful – they are interesting, but we want to disturb them. An evening gown, however beautiful, feels like such an irreality. We want to make them feel relevant for the 21st century, for women now," said Simons.

"We want to enjoy beauty, but in a way that is not about the past. It is about today. These clothes can become complicated: evening dresses, historical costumes. We wanted to make it uncomplicated, easy. That feels modern."

In addition, the materials used in both of the Milan and Shanghai shows will be upcycled, finding a new life after the event.

They will be donated to Meta, a Milan-based circular economy project which offers sustainable solutions to waste disposal within ephemeral events by collecting and recovering materials for selling and rentals; and also to Dandelion Child Development Center, a non-profit organization in Shanghai which recycles materials to build libraries for children in both rural villages and urban areas in need of educational resources. 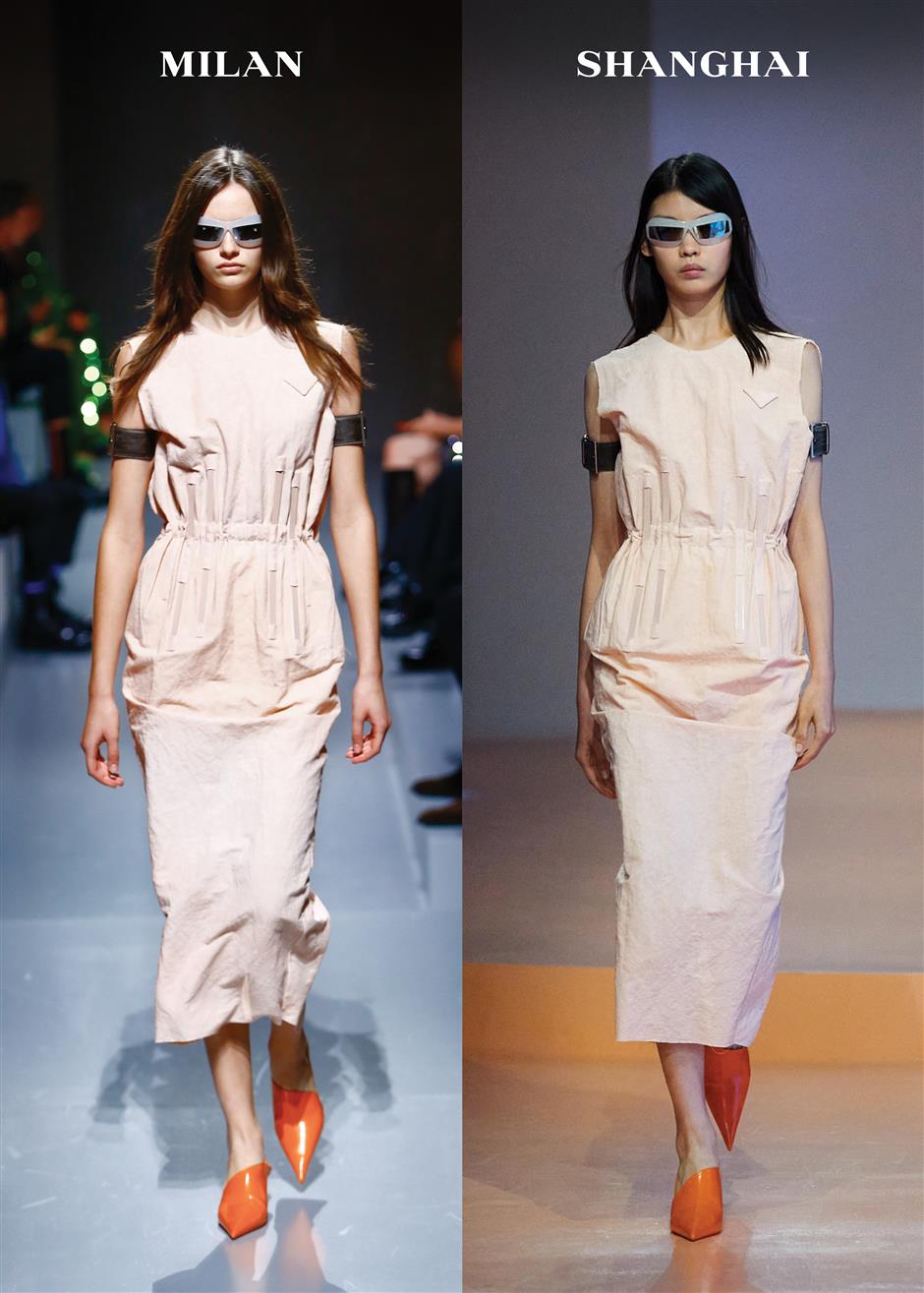 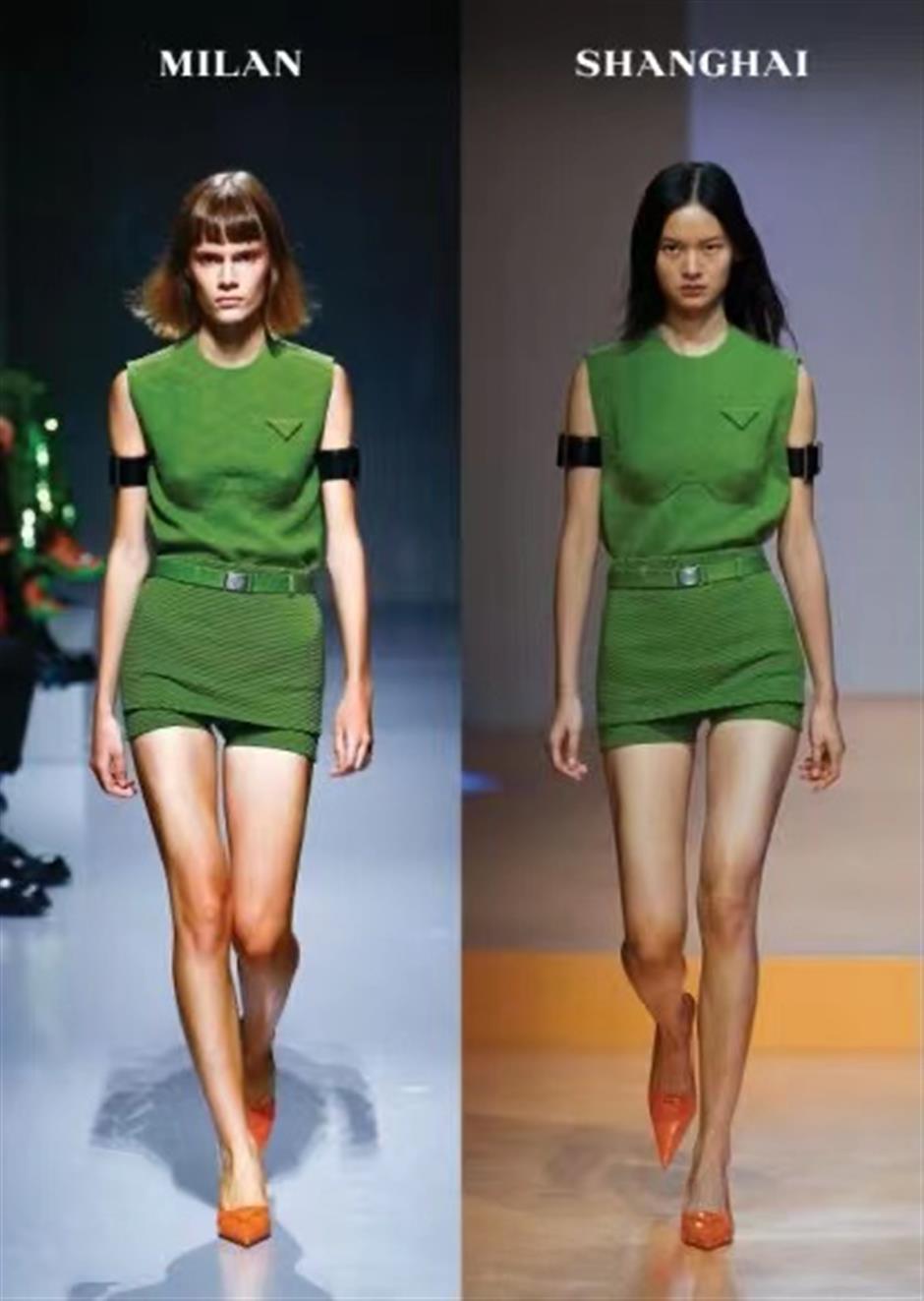