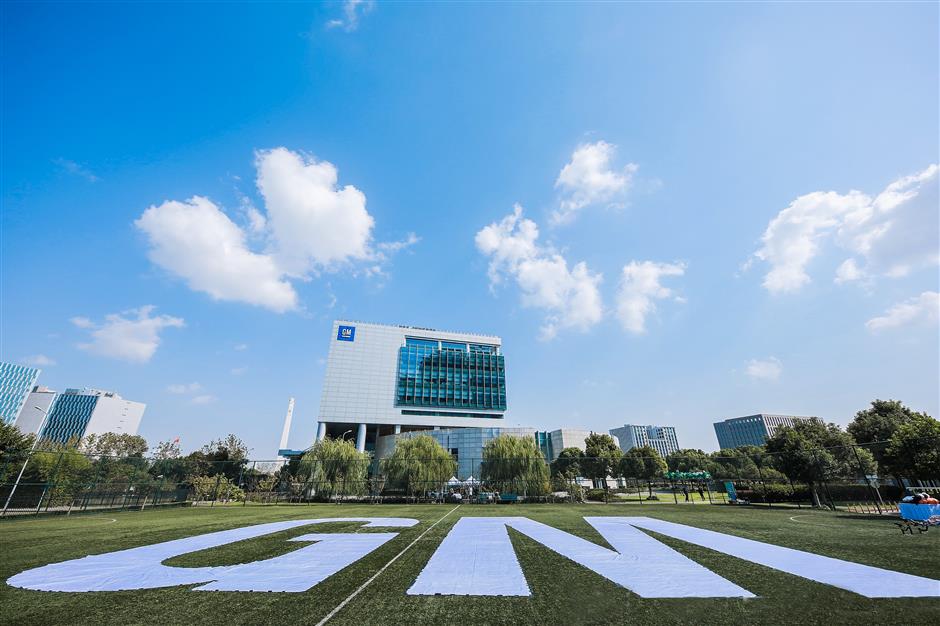 GM, which has partnered with SAIC Motor since 1997, said Shanghai is now a "powerhouse" for the company on design, engineering, manufacturing, sales and adjacent businesses, including finance.

"The Cadillac brand leads GM's electric intelligent connected vehicle development and honors our commitment to bringing the most advanced solutions and products to China," Blissett said beside a Cadillac 1955 Eldorado model.

"Shanghai, as a global technology and innovation powerhouse, is where we will unleash the full potential of the once-in-a-century automotive technology revolution," he added.

Shanghai has a vibrant business environment, driving China's economic development and ramping up its international influence since the country's opening-up and reforms with foreign investment. It has set a leading example for a headquarters economy in the country, Blissett said.

Shanghai represents China's traditional automotive industry strength. Since 1997, GM has had one of the strongest and most enduring partnerships in the global automotive industry with SAIC Motor. Today, the city is a "powerhouse" for GM on design, engineering, manufacturing, sales and adjacent businesses, including finance, the company said.

Blissett defined GM's strategies in China in keywords such as sustainability and intelligence. Shanghai, as a trendsetter for cleaner, safer and more sustainable transportation in China, will play a key role in the company's drive toward zero crashes, zero emissions and zero congestion through electrification and intelligent connected driving, he said.

In detail, GM develops next-generation EV programs enabled by the Ultium platform, with Shanghai's research team involved with a highly localized manufacturing and supply base.

GM recently announced the increase of its global investment in EV and AV programs to US$35 billion between 2020-2025. GM's joint venture battery assembly center and vehicle plants in Shanghai will be retooled to fully support its steady rollout of EVs. More than 20 of GM's 30 global EV entries through 2025 will be launched in China, Blissett said.

Local consumers are "open-minded and tech-savvy," which brings opportunities to GM, he said.

"We are now actively working on next-generation ICV solutions in Shanghai with the aim of achieving door-to-door autonomous driving in the future," Blissett said.

He called it "an exciting time" for the automotive industry. GM is cooperating with local partners like Baidu, AutoNavi and SAIC on autonomous driving, at various autonomous levels.

GM is looking forward to receiving approval to test its ICV solutions on Shanghai's public roads in the future. This will not only accelerate the company's learning curve but also drive social engagement for new technologies to build confidence and trust, according to GM.

Through deeper and closer interaction with local communities, GM will reinforce its "in China, with China, for China" commitment to overcome real-world challenges and deliver real-world benefits.