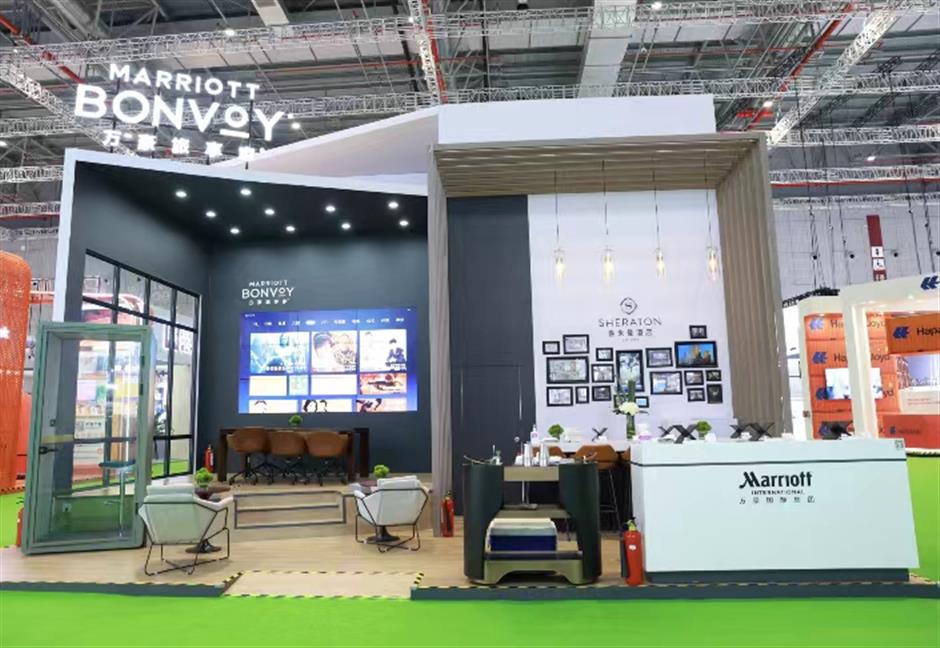 Participating in CIIE for the fourth consecutive year, Marriott International has modelled its booth on the new design vision for Sheraton hotels, its most influential brand.

Marriott International is further consolidating its presence in China with its "brand + destination" strategy amid continuously robust demand in the domestic travel market.

"This year saw smooth progress in our new signings as we continue to extend our footprint across the country," said Henry Lee, China president, Marriott International.

"We look forward to bringing more hotels and brand offerings to new destinations, and providing diversified travel experiences for both Chinese travelers and international guests when cross-border travel resumes."

"To further consolidate our local footprint, we will continue to cement our presence in the core markets mainly with our premium brands while, at the same time, accelerating our pace in tapping more lower-tier destinations with our select-service brands, mainly through providing owners with a flexible franchise mode," he said. 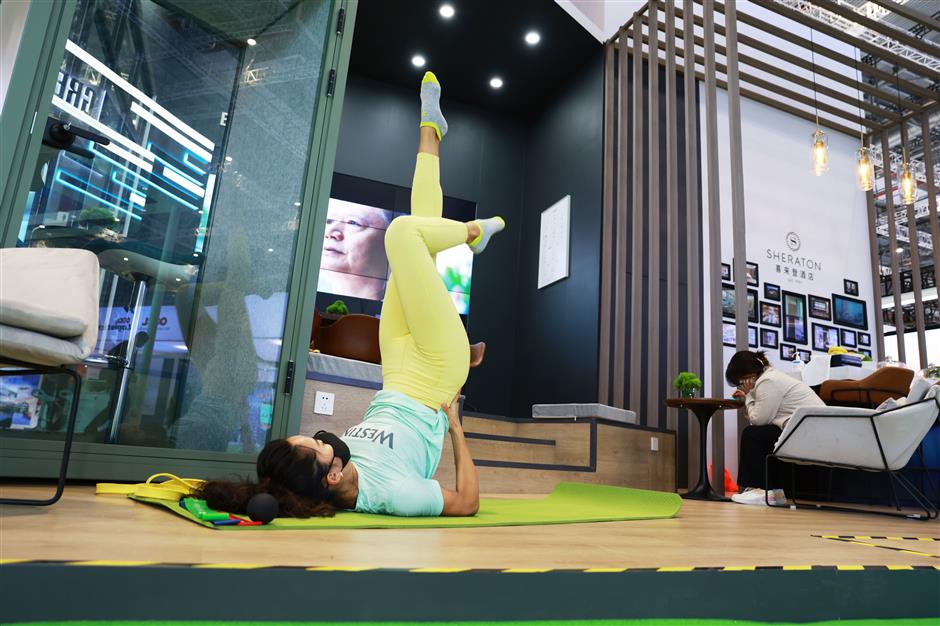 Westin, a wellness-focused lifestyle hotel brand under Marriott International, demonstrates its brand philosophy at the CIIE booth. The brand is positioned to serve as a partner in its guests' well-being, empowering them to maintain and enhance their routines while on the road through innovative, signature products and programs.

Comprising more than half of the newly signed management contracts, select brands will remain the engines to drive Marriott's growth in China.

Millennial-focused Moxy, a brand known for its experiential, playful style, and approachable price point, for instance, is expected to make its debut next year in Suzhou, and will later be launched in Xi'an and Guiyang.

And Fairfield by Marriott, a brand founded on principles of warm, trusted service and friendly hospitality, will see a new hotel open in Shanghai's Lingang Special Area in 2023. The brand will also strengthen its presence in Shenzhen with two new openings and tap Chongqing and Changsha for the first time.

Secondary and tertiary markets will remain a focus for the company's development in China. Courtyard by Marriott, designed for the modern business traveler, is anticipated to open its first hotels in Nanchang, Nantong and Kunming in the next couple of years while Four Points by Sheraton will make its first appearance in cities including Puyang, Tianshui and Huzhou, according to the company's plan.

While demand for leisure and business travel remains strong in China, which has led the recovery of Marriott's global business, the company is also keen to ride on some emerging industry trends to further strengthen its leadership in the Chinese market, which, according to an earlier projection by the China Tourism Academy, would see the number of domestic travelers reach 4.1 billion this year.

"The increasingly younger make-up of Marriott's guests in China is particularly noticeable at some of our luxury brands such as Edition and W," Yu said.

"And partially due to the pandemic, hotels are no longer a lodging option only, but more of a destination themselves for both travelers and local residents."

To cope with such changes, the company is giving more thought to adapting to the needs of younger-generation customers in its hotel positioning and design, as well as in efforts to build more "destination" hotels.

A four-time participant at the China International Import Expo, Marriott announced a couple of new openings and new signings during the annual event in Shanghai, which included the St Regis Qingdao, W Changsha, Sheraton Mianyang, Courtyard by Marriott Luoyang, and Baotou Marriott Hotel that opened this year, as well as a Ritz-Carlton hotel to be opened at Qiandao Lake in Hangzhou and the third JW Marriott hotel to be unveiled in Beijing.

The United States-headquartered company, which started its local business nearly four decades ago, currently operates about 440 hotels and resorts – covering the luxury, premium and select-service segments with 23 brands – in more than 110 cities across the country.