German specialty chemical company LANXESS has been honored with an Excellence Award for Innovation & Governance 2021 given by the Shanghai Daily for its efforts made and coordination with the Shanghai Chemical Industry Park in ensuring the construction of its APAC Application Development Center.

Together with LANXESS, another nine companies also won the award for their outstanding contributions in economic upgrades and social governance through innovative practice during Shanghai's construction of a "technological innovation center with global influence."

The new center is a milestone in the development of LANXESS in China and also it is significant to the company's future Asia development plan, where it hopes to increase its presence and optimize its business. 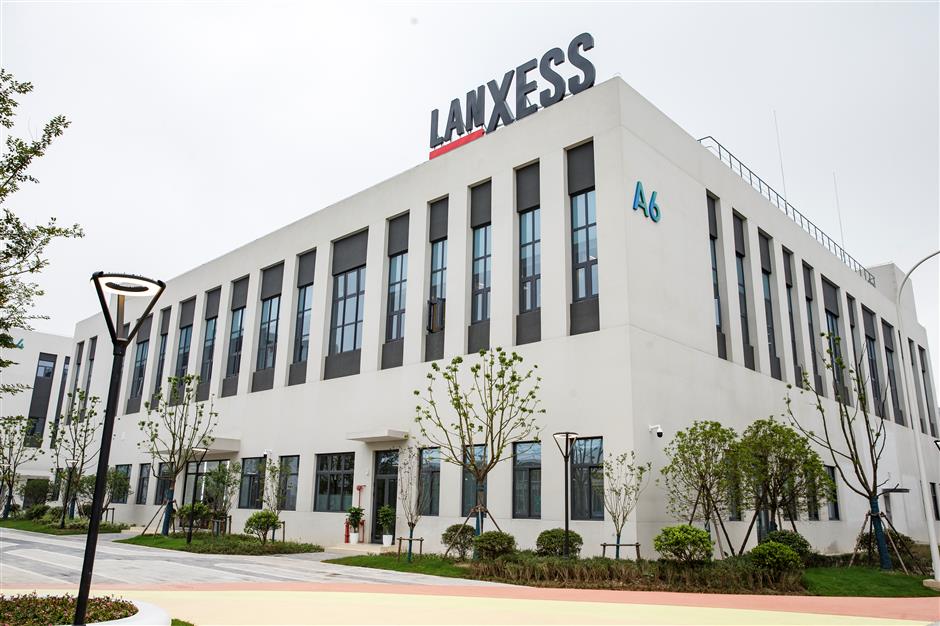 The company aims to balance its global presence, obtaining roughly similar revenues from Europe, the Americas and the Asia Pacific. For now, Europe is still its biggest sales market, accounting for almost half of its total revenue.

The effort to gain more market share in Asia began as early as 2018 when LANXESS established a new interior structure in Asia. It is to promote the coordination between its business units in Asia, which is based in Shanghai.

Later on, the company accelerated its Asia development plan. In September 2019, LANXESS signed an MOU with Shanghai Chemical Industry Park to establish its new sustainability base here. In November 2019, the company announced plans to build its APAC Application Development Center in Shanghai.

SCIP provided much support and help to the company. During the project approval, some departments at SCIP actively gave their suggestions, which guaranteed smooth and efficient approval.

The Economic Development Department and The Planning Fiscal Department helped the company apply for and obtain the subsidy given by the government, which improved the fiscal guarantee for the project.

LANXESS also set a special team of more than 30 members when the project kicked off in March 2020. Despite the COVID-19, they finished work such as project design, supporting plans, process plan and budget plans by way of online meetings and communication around the clock.

The concerted effort from all parties has overcome challenges brought by COVID-19 and the much longer rainy days in 2020.

On June 18, 2021, just one year since the ground-breaking of the project, the APAC Application Development Center in Shanghai went into operation officially, which made it the first program of the Shanghai International Chemical New Material Innovation Center at SCIP.