TST, or Tin's Secret, a self-owned skincare cosmetics brand founded by movie stars Lin Ruiyang and Chang Ting, responded early Wednesday morning to a market investigation of suspicious pyramid-style marketing and sales, saying it is a company that "operates in accordance with Chinese laws."

The brand's parent company, Shanghai Dowell Trading Co, has been investigated for allegedly using the Internet to engage in pyramid schemes, according to the Yuhua District Market Supervision Administration of Shijiazhuang, the capital city of Hebei Province.

"The firm began pyramid sales in 2013, and many people in our district are involved," the Yuhua market supervision bureau was cited as saying by JIMU News.

At present, the case has entered the financial auditing stage, the administration noted.

As Shanghai Dowell Trading Co has transferred or concealed funds obtained via pyramid schemes through financial institutions, the bureau has applied to the court to take preservation measures according to the law, said the Yuhua market supervision administration.

"I am very grateful to the administration for guiding us to investigate operational risks," said Chang Ting, reposting TST's response on her official Weibo account, almost seven hours after the brand's declaration.

"At present, the company is operating normally, and we will actively cooperate with investigating departments," added the Taiwan actress. 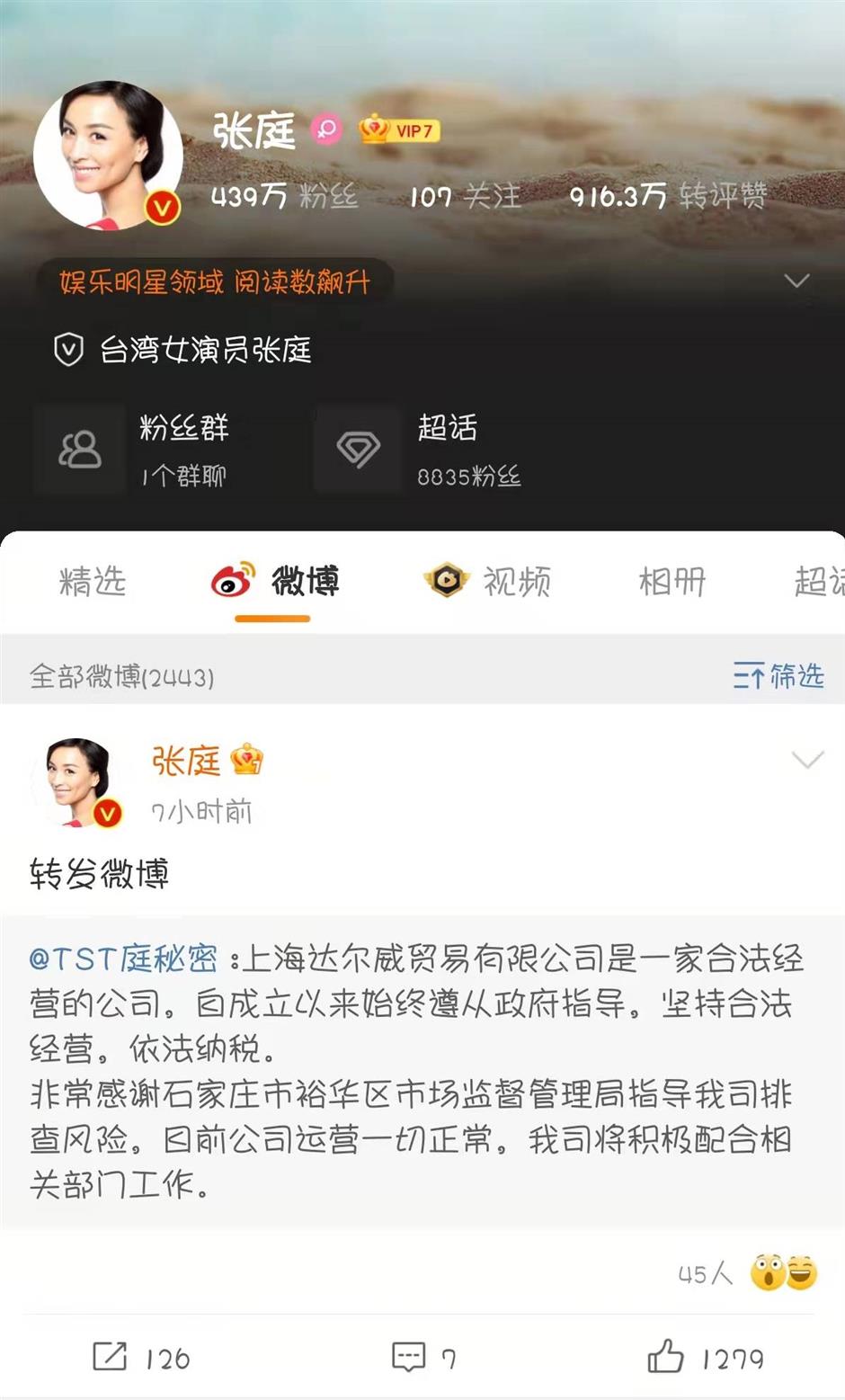 The topic has been trending on Weibo since Tuesday night with over 78 million views.

With skincare cosmetics its main product line, TST said it opened a factory in France in 2018 and established affiliate companies in China's Taiwan and Malaysia the same year.

It also set up online sales platforms and physical stores and other business models to promote its brand's products and create a platform "for everyone to start a business at zero cost", according to its official website.

"Tin's Secret, Bringing you the dream of starting a business," the website promotes.

TST said it has actively responded to the national policy of "Entrepreneurship for All" by building a shared economic platform for freelancers, full-time mothers, and disabled people, a search on Baidu showed.

It claimed to have helped 12.46 million people, including nearly 30,000 hearing-disabled, land jobs in more than seven years and boasts around 100 million consumers.