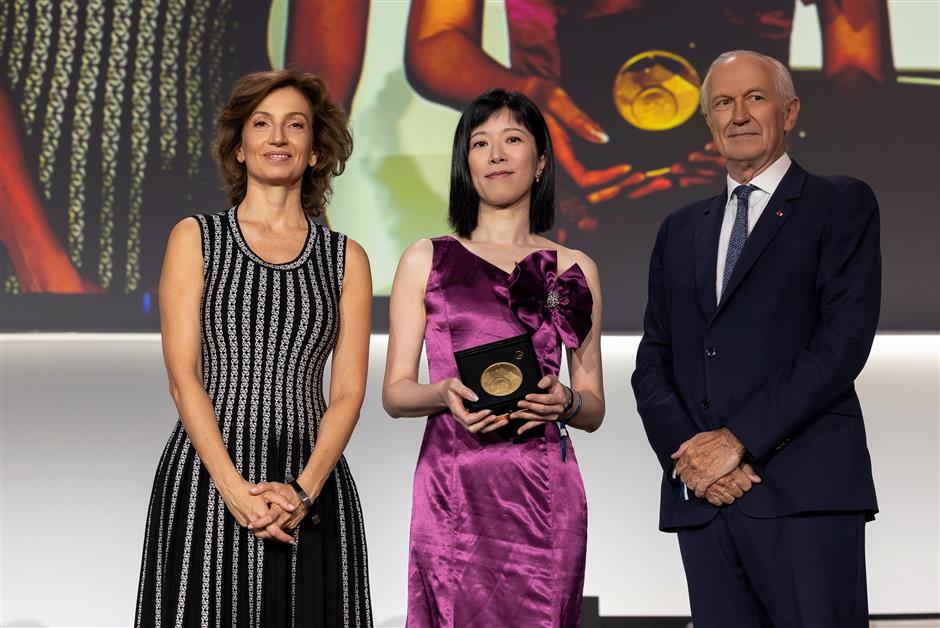 Professor Hu Hailan (center), winner of the L'Oréal-UNESCO For Women in Science Award, along with Audrey Azoulay (left), director-general of the United Nations Educational, Scientific and Cultural Organization (UNESCO), and Jean-Paul Agon, chairman of L'Oréal and president of the L'Oréal Foundation.

Chinese neuroscientist Hu Hailan is one of five exceptional female scientists and the only one from China to win the 2022 L'Oréal-UNESCO For Women in Science Award.

A total of 15 recipients of this international award from 2020, 2021 and 2022 were recognized for their outstanding scientific achievements during this year's event, the first ceremony held since the COVID-19 outbreak.

Every year, the L'Oréal Foundation and UNESCO celebrate the scientific excellence of five eminent female researchers, each from a different part of the world.

This year's ceremony also featured 30 young female scientists selected as International Rising Talents in 2020 and 2022. They were selected by a highly respected, international scientific jury from hundreds of nominees to recognize their achievements on a global scale.

"I felt especially lucky to receive the award which I believe belongs to my whole team, the collaborators and all my supporters," she said at the award ceremony.

"I am honored to join previous award winners who are all leading scientists in their own research field and I hope to pass on the encouragement from my predecessors to fellow researchers and to call on more females to take up science as a vocation."

Hu graduated from Peking University with a degree in biochemistry & molecular biology and completed her doctorate and postdoctoral work in the United States before returning to China in 2008.

Her most notable findings include identifying the impact of ketamine on a small area of the brain called the lateral habenula (LHb) that becomes highly active in those suffering from depression. 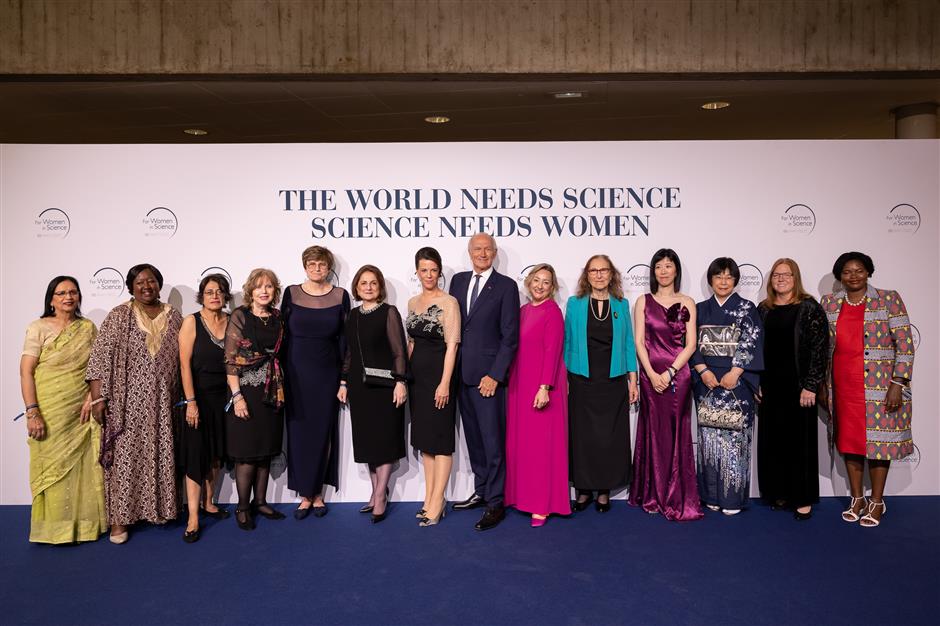 Hu has called for more public awareness of basic scientific research to encourage more people to pursue careers in science.

"I would not suggest focusing too much on the peculiarity of female scientists and their achievements and discoveries merely because they are made by women. Each gender is equal when it comes to solid scientific facts."

She thinks resilience is of paramount importance when navigating through obstacles that are part of breakthrough scientific discoveries, because when doing scientific research, a majority of the time will be spent in overcoming difficulties. Developing and assessing safe and effective drugs, for instance, can sometimes take 10 to 20 years.

"Although the drug discovery process is like a marathon, I'm glad we are beginning to figure out the mechanism of depression," she said.

"Although the public understanding of neuroscience has vastly improved in the past decade, scientists and the media must continue working in tandem to educate people about mental illness and science in general." 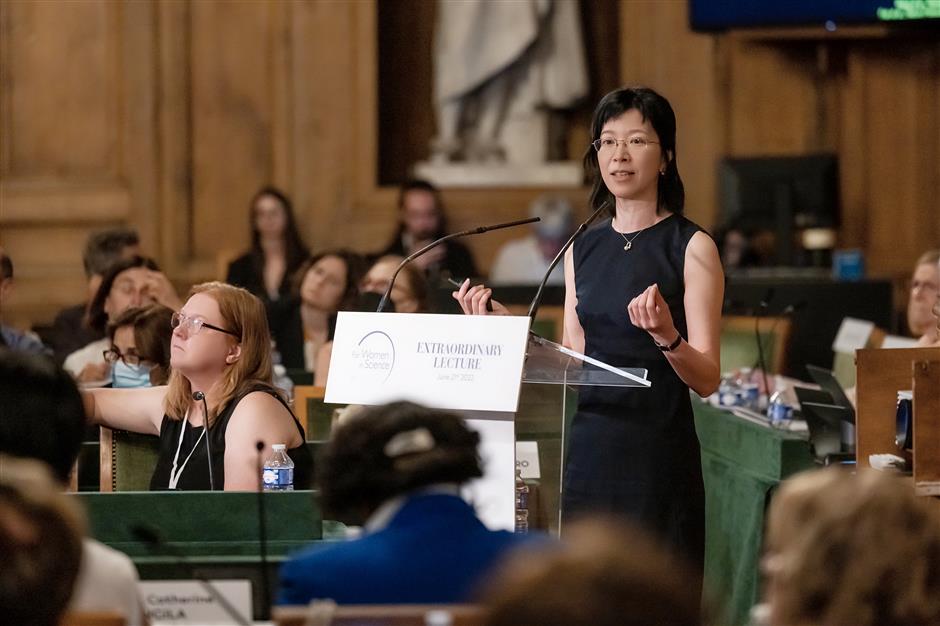 Hu Hailan speaking at the French Academy of Sciences.

Over the past 24 years, 122 laureates have received the For Women in Science Award, seven of whom are Chinese. Five have gone on to win Nobel Prizes.

The program has supported and honored more than 3,800 talented young scientists, doctoral students and post-doctoral fellows from more than 110 countries and regions.

Hu said she became interested in neuroscience after reading "From Neuron to Brain" by Steve Kuffler and John Nicholls as an undergraduate.

"From Katalin's experience, I realized the importance of persistence in academic research," Hu said. "We have to get used to setbacks and failures, because they happen all the time."

During her brief stay in Paris, she discussed potential collaborative research opportunities with other award winners. 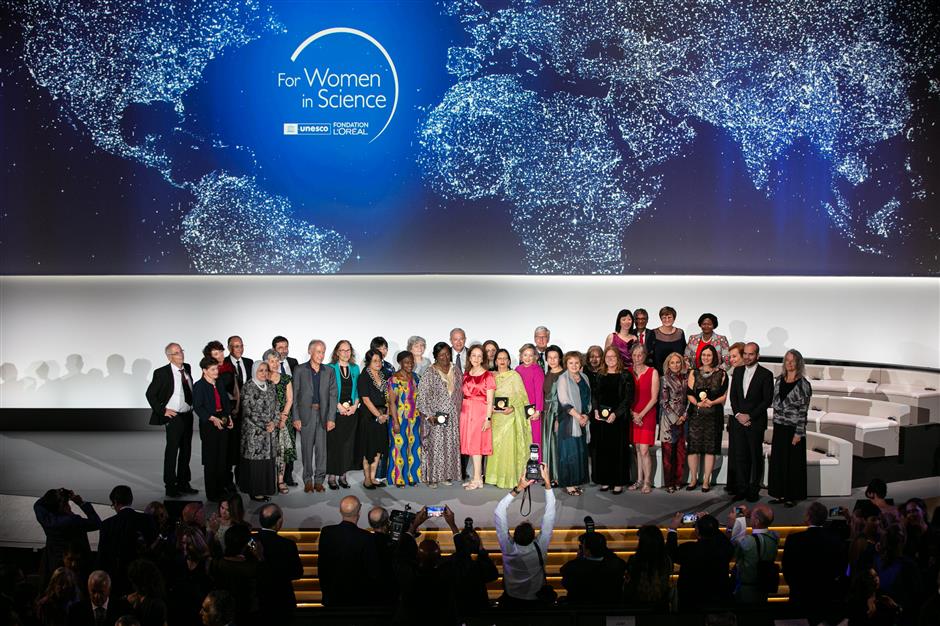 Launched in 1998 by L'Oréal and UNESCO, the For Women in Science Award aims to empower more women scientists to overcome barriers.

As professor and executive director of the Zhejiang University School of Medicine's Neuroscience Center, Hu was awarded the "China Young Women in Science Fellowships" in 2015, an extension of L'Oréal-UNESCO's For Women in Science program in China. 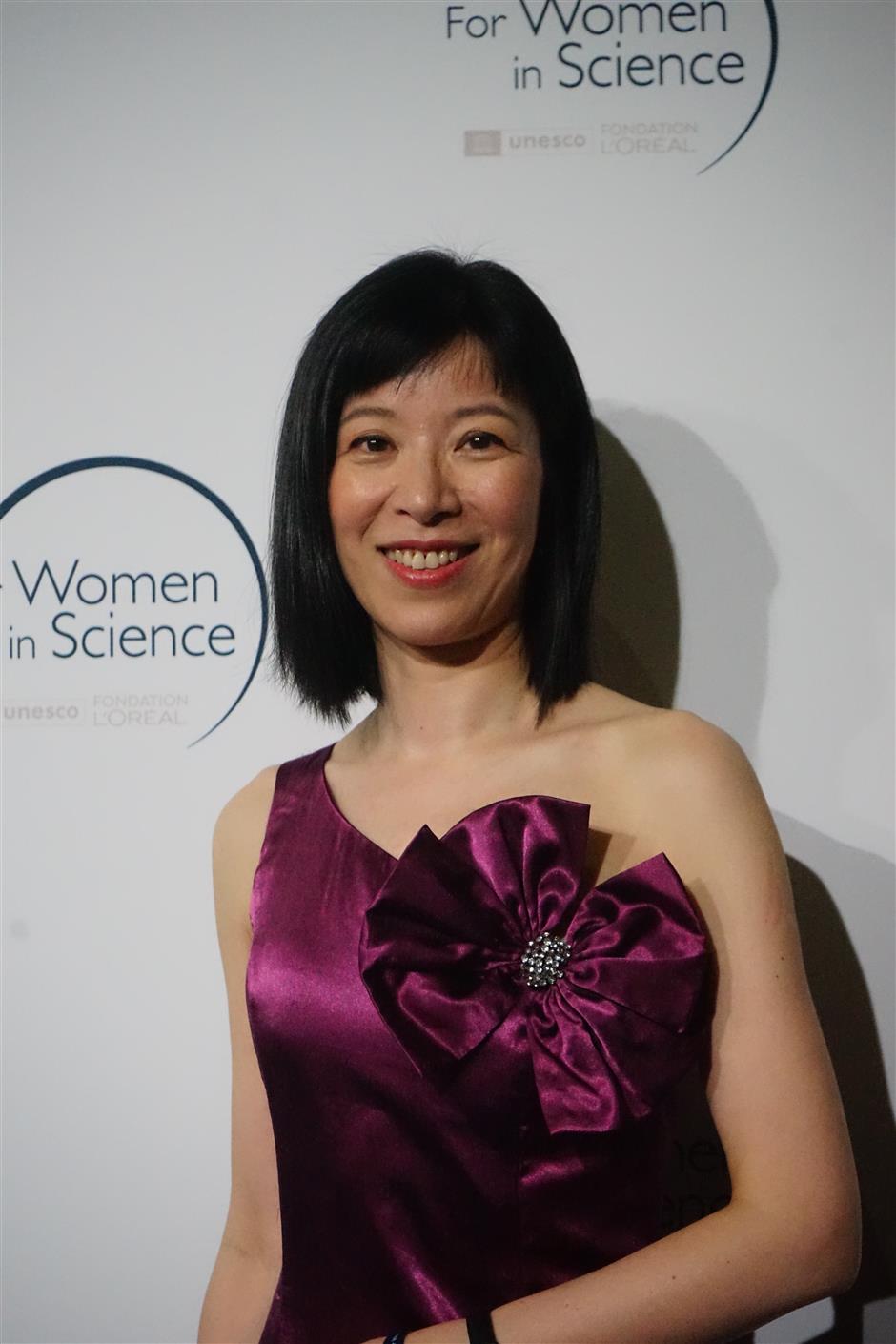 Hu Hailan at the L'Oréal-UNESCO For Women in Science Award Ceremony.

According to UNESCO, about 33 percent of researchers are women but only 15 percent of those are in leadership positions.

In recent years, the L'Oréal Foundation has awarded more researchers in areas like computer science and mathematics.

Many of the foundation's initiatives are designed to empower women and society as a whole to end conscious and unconscious discrimination.

"We hope to hold a more open attitude toward scientific innovation that involves more input from young and rising talent across different disciplines and industries to create the beauty that moves the world," said Fabrice Megarbane, president of L'Oréal North Asia Zone and CEO of L'Oréal China.