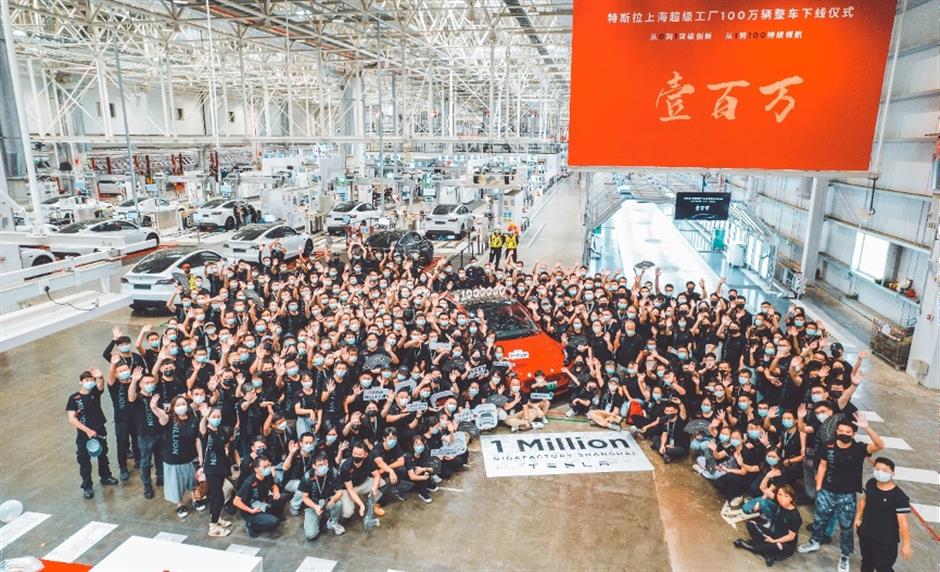 Tesla's Shanghai Gigafactory has produced a total of 1 million vehicles as of Saturday, setting a new benchmark as the American carmaker further drives production efficiency and localization.

Its Shanghai Gigafactory produced nearly 300,000 vehicles in the first half of this year and achieved its highest-ever production capacity in June.

The gigafactory's supply chain localization rate has reached 95 percent and 99.99 percent of factory employees are Chinese.

Tesla's production line in the Lingang Special Area in Pudong broke ground in 2019, achieved several benchmarks and has been keeping up efforts to localize production and its supply chain.

The Lingang government has released a set of rules to encourage strategic industries such as new energy, smart manufacturing and integrated circuits.

In the first half of this year, the city's industry value for new-energy vehicles surged 57 percent year on year to 103 billion yuan (US$15.24 billion), according to the Shanghai Development and Reform Commission.

Auto sales and relevant service expenditures jumped 13 percent to 8.8 billion yuan in the first half of July and 9.4 percent in June.