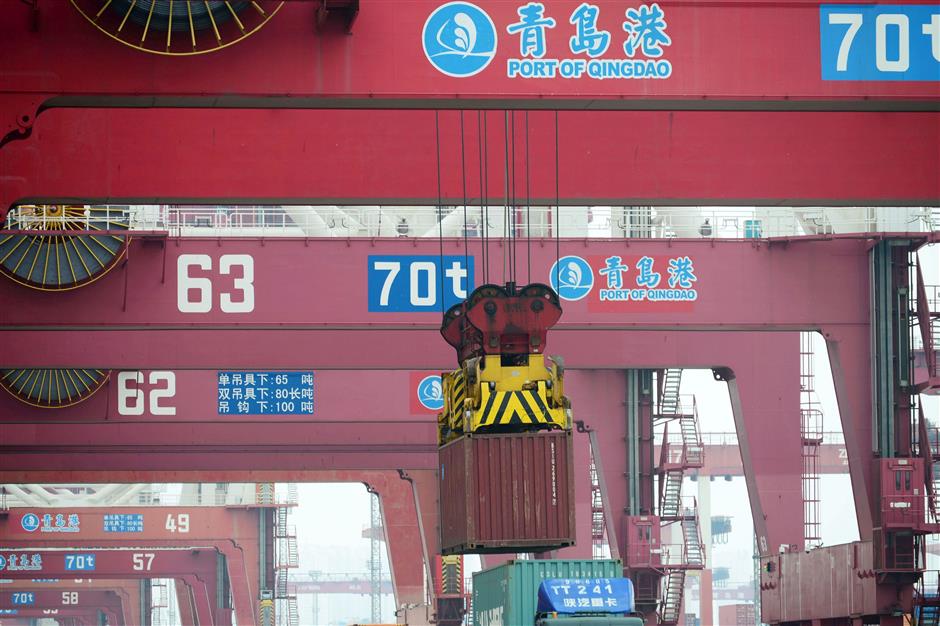 A container is being loaded at the port of Qingdao, Shandong Province, on July 30.

During this period, trade with the EU, China's biggest trade partner, climbed 17.1 percent from a year earlier to 2.33 trillion yuan.

Meanwhile, trade with the United States, ASEAN and Japan went up by 20.6 percent, 20.9 percent and 16.9 percent, respectively.

Exports of machinery, electronics and labor-intensive products continued to expand in the first seven months, while the volume of steel exports dropped 28.7 percent year on year to 47.95 million tonnes.

A leading indicator for China's exports increased from 41.5 to 41.9 month on month in July, signaling positive export potential.