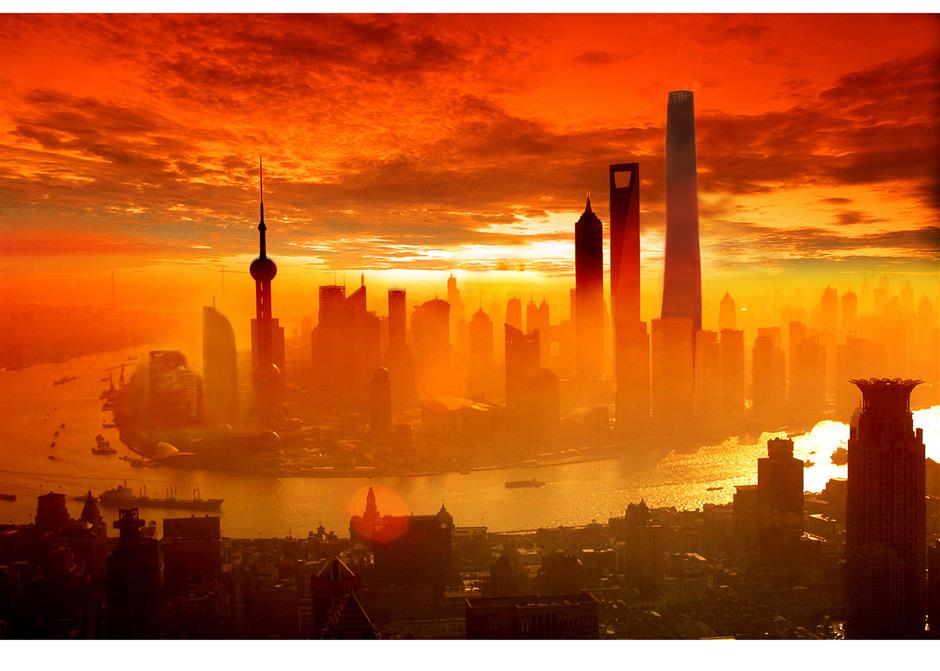 Shanghai, a financial and commercial hub of China, is working towards an excellent global city with humanistic perspective for its citizens.

Zhuang Shaoqin, planning division director of the Ministry of Land and Resources and former chief of the city’s planning, land and resources administration, has said by 2040, Shanghai will become an international economic, finance, trade, shipping and scientific innovation center, as well as a cultural metropolis, representing an excellent global city.

While Shanghai has attracted talent and enterprises for long because of its fast pace of economic growth, “it is the first time the city has focused on ‘being humanistic and eco-friendly’ in the long-term,” said Zhu Dajian, a professor at the School of Economics and Management at Tongji University.

“That complements the city’s functions and helps it form a more sustainable development model,” he added.

Shanghai proposed such a plan last year, one year after the United Nations set the sustainable development goals for the next fifteen years till 2030.

Echoing the UN’s goals to end poverty, protect the planet and ensure prosperity for all, Shanghai now is striving to compete with cities such as New York and London with its plan to become an “excellent global city,” rather than simply peering at domestic cities such as Beijing and Guangzhou for leading China’s economy, said Sun Andong, an urban planning researcher.

“The key is how to better attract and locate talent worldwide,” Zhu said. “Competition among cities, in the final analysis, is the competition of attracting talent, rather than comparing who reaps more fortune in the short term.”

Last month, the Shanghai Commission of Economy and Information Technology said the city has completed 1,020 projects on environmental protection from January to July -— -78 percent of the target set for the year.

By the end of July, Shanghai had closed 383 highly polluting plants along its rivers apart from cleaning up 512 low-efficient ones.

The city government has also been enhancing supervision to stem pollutants and illegal sewage disposal.

Shanghai is the first city in China to propose the concept “Central Activity Zone.” It is now obsolete to say a big city has a “central business district,” as an excellent city should value its functions such as being multicultural and eco-friendly alongside economic growth, which contribute to better living standards for its citizens.

Before Shanghai enacted the new city plan, the government collected opinions from its citizens. More than 17 percent of the over 16,000 who responded wanted a more eco-friendly and lower carbon emission city.

There were also those who favored economic development, cultural diversity and safety, but the government decided to put more emphasis on ensuring a greener land for its citizens, according to the Shanghai Master Plan 2016-2040.

The city pledged that forests and parks would occupy a large chunk of the land. Forest coverage will reach 25 percent, and each resident will have 15 square meters of public park or green land on average by 2040, according to the plan.

The city’s current per capita public green space is about 7 square meters.

This year, it will clean up 56 streams across the city while ensuring the concentration of particulate matters this year will be down 20 percent from 2012, giving back clear water and sky to its citizens.

Guided by the plan and the government’s efforts, companies in Shanghai are rushing to transform their processes and products. Shanghai Zhenhua Heavy Industries Co is building solar panels on its ports while Baosteel is investing in developing new materials to help make cars lighter and cut carbon emission.

German-based chemicals producer Lanxess has been renovating its production process at its Shanghai plant to save water and clean up toxic gases, “which helps up fit into China’s stricter rules and as required by the association,” said Daniel Huang, head of inorganic pigments for Asia Pacific at Lanxess.

“Only those keeping with the city’s steps will survive,” said Alasdair Jelfs, chairman of the association. “More than 75 percent of the foreign chemicals companies in Shanghai have made environmental protection a major task to echo the city’s policies.”

Pushing companies for “greener” development however does not mean forcing labor-intensive industries out of the city.

The target set is the same as that for 2020, but given the city’s permanent migrant population dropped 1.5 percent year on year in 2015, it would be a task for the government to keep attracting and retaining talent.

Shanghai has been recruiting talent specializing in advanced technologies such as smart manufacturing, new materials, bio-technology and information technology, subsidizing them with salaries and low-priced apartments.

Those technologies will help boost “green economy.” But a mass of low-skilled workers are likely to emerge and traditional industries revived in forms that are different from the past.

Since last year, Shanghai has been seeing mountains of shared bikes such as Mobike and Ofo. The bike sharing service has motivated people to reuse the old but cleaner vehicles compared to cars, bringing blue sky back.

But more than that, they also revived traditional bike manufacturers whose market share have long been squeezed by automakers.

Over the first few months this year China produced 19.8 million bicycles, 23.5 percent higher from a year ago. Revenue of bicycle makers jumped 10.9 percent year on year to 21.2 billion yuan (US$3.2 billion), thanks to the bike-sharing services, according to the Ministry of Industry and Information Technology.

Similar to bike makers, workers from plants are needed in new jobs such as couriers working for express and food delivery service providers.

Today fewer and fewer citizens work in plants, but more and more couriers bustle across the city thanks to the robust needs boosted by the online shopping.

The city has added humanistic care into its plan. Apart from building a more multicultural vibe, it has also pledged more equal and wholesome social mechanisms to increase the citizens’ salaries while ensuring security and health care.

The low-income workers can apply for government subsidized affordable housing, which provides apartments that costs half the market prices.

“These are also part of city’s sustainable development targets,” Zhu said. “It means Shanghai has eyed people’s development as the final target, instead of focusing on just gross domestic product.”

Shanghai’s GDP added 6.8 percent year on year to 2.7 trillion yuan in 2016, exceeding Beijing’s 6.7 percent of annual growth. Even growing at 5 percent annually, Shanghai’s economic output would double that of the United States in 20 years, said Lu Ming, director of the Department of Economics at the Center for China Development Studies.

Under the plan, the city is willing to step a bit back on economic growth, while ensuring that common people can enjoy a greener city and live a decent life, Zhu said.