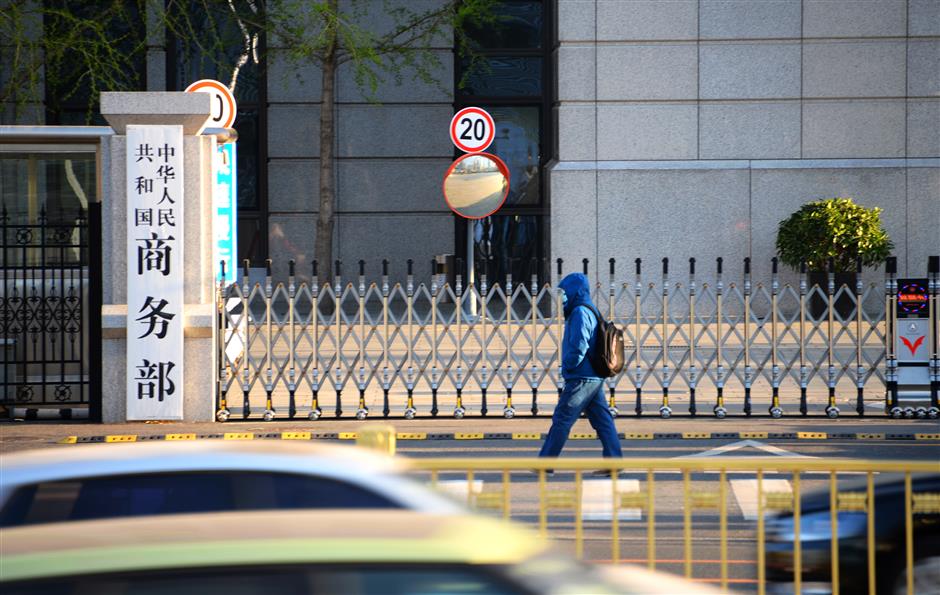 The building of the Ministry of Commerce in Beijing on April 6, 2018.

China on Thursday vowed to fight "till the very end" if the Untied States insists on unilateralism and trade protectionism.

"As of now, government officials of the two countries have never engaged in any negotiations concerning the trade friction," said Gao Feng, spokesman of the Ministry of Commerce.

"Principles must be followed before negotiations get started. However, the US has not shown any sincerity to negotiate," Gao said.

"Whether the two sides can negotiate under the WTO framework will depend on whether the US side still respects the WTO and whether it still respects multilateral rules," Gao said at a press conference.

"If the United States clings obstinately to its own course and insists on unilateralism and trade protectionism, China will fight resolutely till the very end," the spokesman warned.

Gao noted China's continued opening-up measures have nothing to do with the ongoing trade friction with the United States.

The major strategic decisions are made based on an accurate estimation of the country's current development level, in order to elevate opening-up in the new era to a higher level, Gao said.