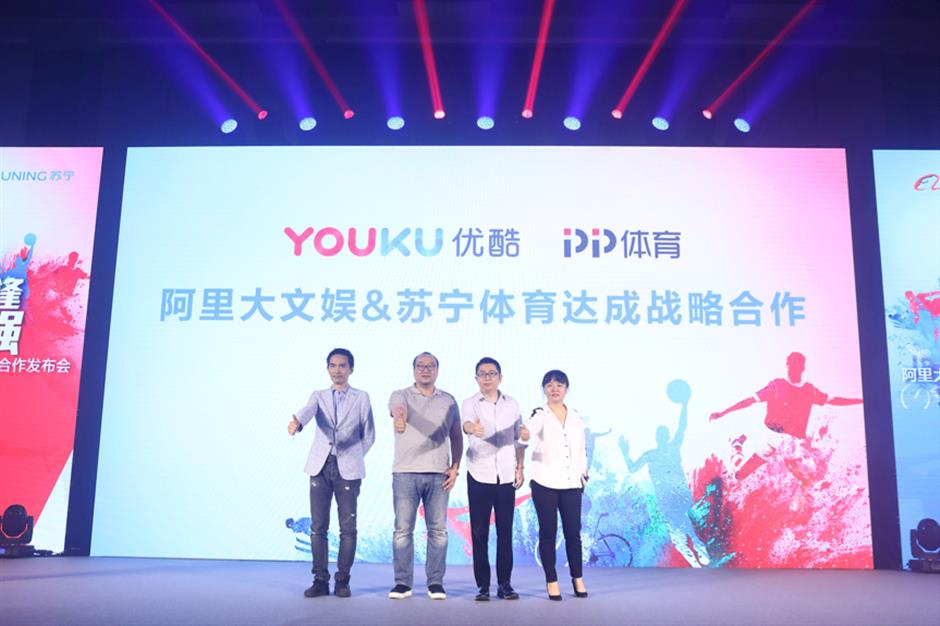 Youku Tudou and PPTV reached a strategic collaboration on Thursday to drive synergies between sports streaming and entertainment content.

Suning Sports said on Thursday it has completed a series of financing led by Alibaba Group and Goldman Sachs as it seeks to cash in on China’s booming sporting industry.

This follows a share-swap between Alibaba and retail conglomerate Suning Commerce Group in 2015. Suning Sports didn't reveal the actual amount of the latest fund raising.

The company is a subsidiary of Suning Commerce Group which owns almost 70 percent stake in Italian soccer club Inter Milan, and has been striving to drive synergies between Suning's core retail business and its video streaming unit PPTV.

Alibaba’s video streaming affiliate Youku Tudou would serve as a platform for content collaboration after the financing deal.

PPTV will focus on the streaming of professional sports events and Youku will leverage its expertize in sports entertainment.

Suning Sports vice president Mi Xin said the two parties would complement each, combining online and offline resources in line with their collaboration of the past few years.

President of Alibaba’s media and entertainment business group Yang Weidong said the partnership seeks to dive further convergence through collaboration on sporting events. The central government aims to build a sports industry worth 5 trillion yuan (US$813 billion) by 2025, and online platforms have been vital in driving fan engagement.