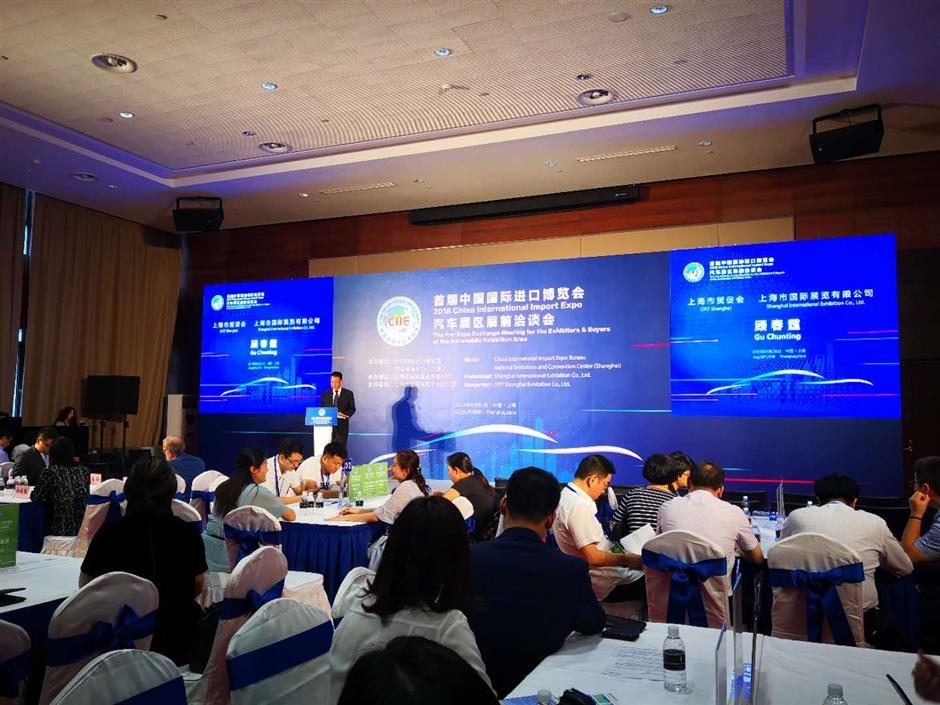 Exhibitors and buyers of automobiles and those involved in trade in services linked up at a matchmaking session today for the China International Import Expo to be held in November in Shanghai.

Major automobile manufacturers such as General Motors, Toyota, Volkswagen were present, while Tesla attended to represent the league of new energy vehicles. Some  suppliers for smart cars such as ZF were also at the session.

"We look forward to taking part in the grand import expo, which will bring us new opportunities in China — the world's largest market for car companies," Fan Ziqiang, vice president of Lincoln China, said at the session.

Since it drove into the Chinese market in 2014, Lincoln has sold more than 100,000 cars in a key growth market for the US car brand.

The expo, to be held in Shanghai from November 5 to 10, will allocate more than 30,000 square meters for the exhibition of vehicles, car-related products and show off the latest technology in the industry, the China International Import Bureau said. Seventy exhibitors, among which 30 are Fortune Global 500 companies, from 17 countries are expected to participate. The trade in services portion of the expo will have 450 companies from 90 countries and regions taking part.