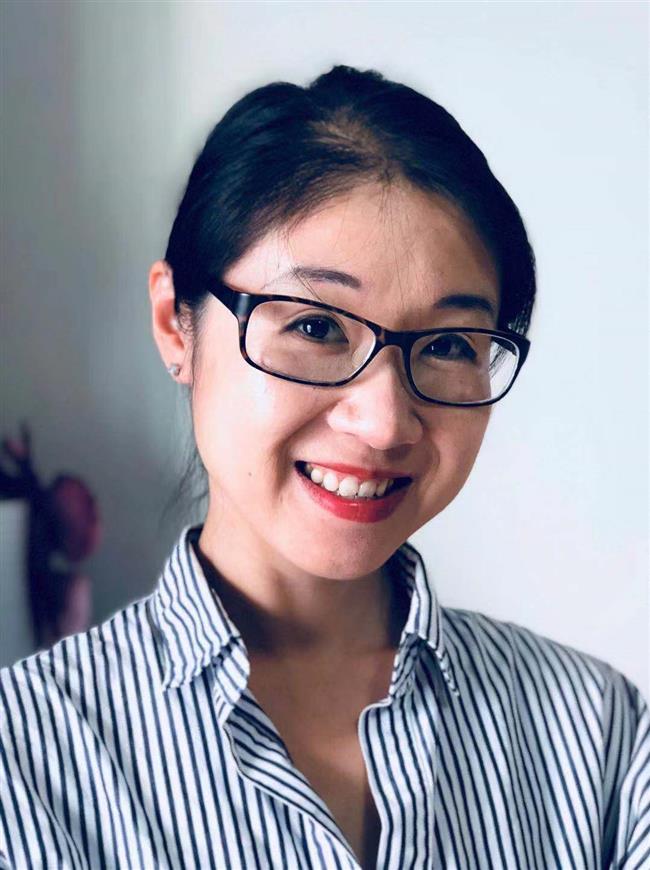 As such, we are seeing a change in consumer behavior and upgrades in coffee consumption which has, in turn, shaken up the overall coffee market in China, especially the instant coffee sector. China’s middle class consumers are, today, seeking out higher quality coffee and a more fulfilling drinking experience — and the consumption of fresh coffee typically offered at coffee houses is perceived as a manifestation of their modern lifestyles.

This is also fueling an increase in consumer demand for in-home coffee solutions. Though not a drink native to China, with growing acceptance, more and more consumers are drinking coffee at home. Indeed, nearly half of Chinese coffee drinkers say that coffee is an indispensable part of their everyday life, while 55 percent say that they are proactive when it comes to learning about coffee, for example, coffee culture and coffee brewing skills.

While instant coffee is still dominating the Chinese coffee market, compared to other coffee formats drunk at home, Mintel research indicates that it is losing both consumer interest and its share in the market — something that’s quite inevitable as consumers trade up for better coffee offerings.

In fact, 32 percent of Chinese consumers said that they were drinking instant coffee in 2016; this figure dropped to 26 percent in 2017. Meanwhile, Mintel estimates that the total retail sales value of China’s instant coffee market will grow at 6.2 percent between 2017 and 2018 to reach 9.018 billion yuan (US$1.304 billion). However, Mintel forecasts that the market will only see a 4 percent growth between 2022 and 2023. 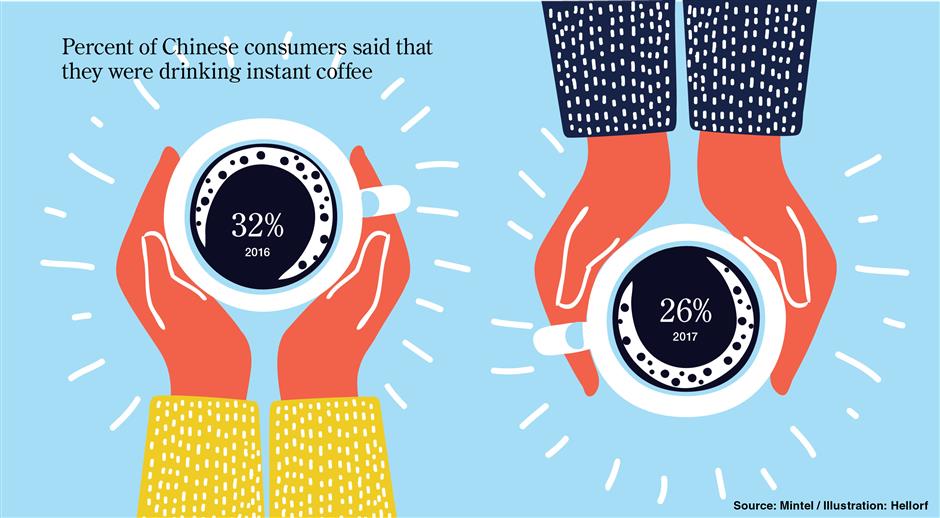 Tracking back to how it all started, instant coffee was the first coffee format introduced to Chinese consumers and enjoyed positive response as it is both convenient and affordable. Back in the 1990s, instant coffee was even perceived as a premium drink.

However, this image, along with its popularity, has taken a hit as more varieties, as well as high quality fresh coffee, are introduced to the coffee marketplace. Meanwhile, other in-home coffee solutions like capsule coffee and drip-bag coffee are emerging in the market. Mintel research also found that just 3 percent of Chinese consumers were drinking drip bag coffee in 2016; however, this figure shot up to 20 percent just one year later. As such, there is an obvious need for companies and manufacturers to breathe new life to China’s dipping instant coffee market by introducing newer and more innovative instant coffee launches.

Due to instant coffee’s slowed growth, coffee companies and manufacturers are focusing their efforts on growing other parts of the portfolio like ready-to-drink coffee or capsule coffee. However, there is still opportunity for instant coffee to see a revival.

So what are some ways that companies and manufacturers can revive China’s slow-growing instant coffee sector?

As fresh coffee adopts the image of being higher in quality and trendy, instant coffee is now perceived as a cheap, low quality option that’s unhealthy with it being loaded heavily with additives. In order to shake off its image of being a convenient solution that compromises on quality, instant coffee has to adopt premium cues with new product launches.

Companies and manufacturers can highlight the quality of coffee beans used, not limited to just its origins, but by providing more details on the growing environment or processing methods. Instant coffee manufacturers could also look into playing around with modern concepts like cold brew or microground.

These tactics are already being used by some instant coffee brands across the world. Although cold brew is still quite a niche idea within the overall coffee category, we are already seeing various offerings of cold brew instant coffees available in the Chinese market.

Saturn Bird, a local coffee startup from Changsha, launched its cold brew instant variants in powder format. The brand placed high emphasis on the product’s quick and convenient way of preparing where consumers are only needed to mix icy water with the powder.

Aside from just the convenience of it all, Saturn Bird also highlights how it uses pure Arabica coffee beans with at least 80 points (Specialty Coffee Association of America), as well as claims that the products and ingredients used are 100 percent natural — a claim that’s been guaranteed by the China Food and Drug Administration.

White collar consumers, specifically, are known to be heavy coffee drinkers, and for them, drinking coffee is more than seeking indulgence; the drink plays an important role in their challenging working life by keeping them energized to better cope with their busy and hectic lifestyles. Indeed, 56 percent of consumers prefer to drink coffee instead of functional drinks for an energy boost. As such, there is potential for manufacturers to leverage the benefit that instant coffee has as an energy booster. Most importantly, on top of positioning instant coffee merely as a tool for boosting energy levels, brands can also communicate how it is something that can be sipped, enjoyed and that can help with relaxation.

This difference in occasion may serve as inspiration for coffee companies when rolling out commercials or pairing promotions, opening up opportunities for them to introduce more relevancy by aligning them with real-life consumer situations.