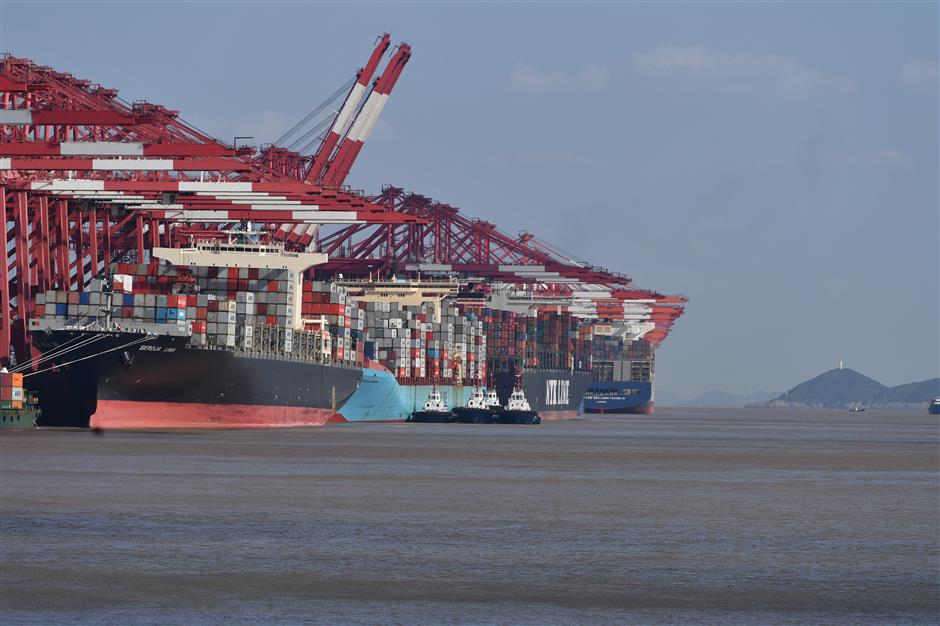 Shanghai will coordinate with state-level authorities to draft and implement plans for an expansion of the city’s free trade zone as one of the city government’s top priorities for the first quarter, Mayor Ying Yong said on Monday.

Companies in the new area will be given preferential policies to conduct offshore trading, offshore financing and digital trading. The area is expected to have global influence and competitiveness, the mayor said at a government meeting.

The city will also help quality companies nationwide list with the planned technology innovation board on the Shanghai Stock Exchange, while fostering local innovation-driven startups.

“We will embrace challenges, take active measures to counter risks, and grasp all opportunities to pave the way for high-quality growth,” Ying said.

“We will take every possible means to stabilize employment, the financial sector, trade, foreign investment as well as growth expectations.”

China is drafting a guideline for the integrated development of the Yangtze River Delta region, and the city will join hands with other provinces in the region to create a demonstration zone for the initiative, he said.

The mayor also said Shanghai will step up support policies for private enterprises based in the city, while further improving the business environment by considerably lowering taxes and fees.

As for the life of local people, the city will ensure plans on air, water and soil quality proceed smoothly, while carrying out domestic waste sorting all over the city, the mayor said.

Community health care, education and elderly care will be high on the government agenda as part of efforts to improve people’s livelihood, he said.

Consumption will be leveraged to drive economic growth, and the city will also ensure the success of the second China International Import Expo to expand its positive influence on the economy, Ying said.

“Shanghai is the country’s largest economic center and is at the forefront of reform and opening-up,” Ying said.

“As a megacity, we must take preemptive measures to avoid any potential systematic and regional major risks.

“We must give top priority to sustaining growth as we focus on doing our own work as well as possible,” he added.