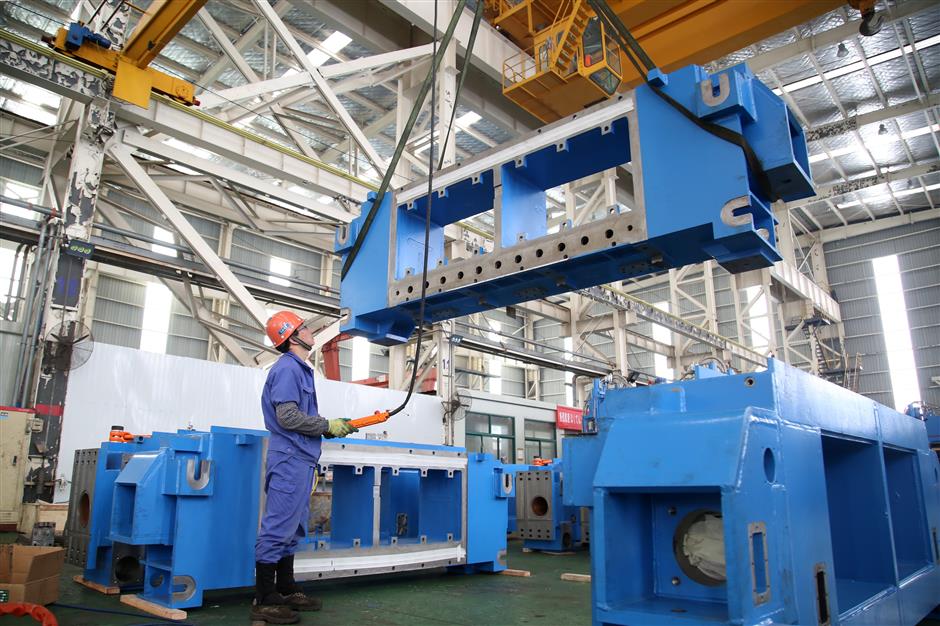 A worker is on duty in Changzhou City, east China's Jiangsu Province, Feb. 11, 2019, the first workday after Spring Festival holiday.

Deducting the Spring Festival factor, China's industrial output expanded 6.1 percent year on year in the first two months, according to the NBS.

The industrial production was generally stable in the first two months with fast growth in emerging industries and new products, the NBS said in a statement.

The output of new energy vehicles saw a surge of 53.3 percent year on year during the period, while solar cell production rose by 13.5 percent, NBS data showed.

On the other hand, the mining sector grew by a modest 0.3 percent year on year in the first two months, lagging behind the 5.6 percent growth achieved by the manufacturing sector. 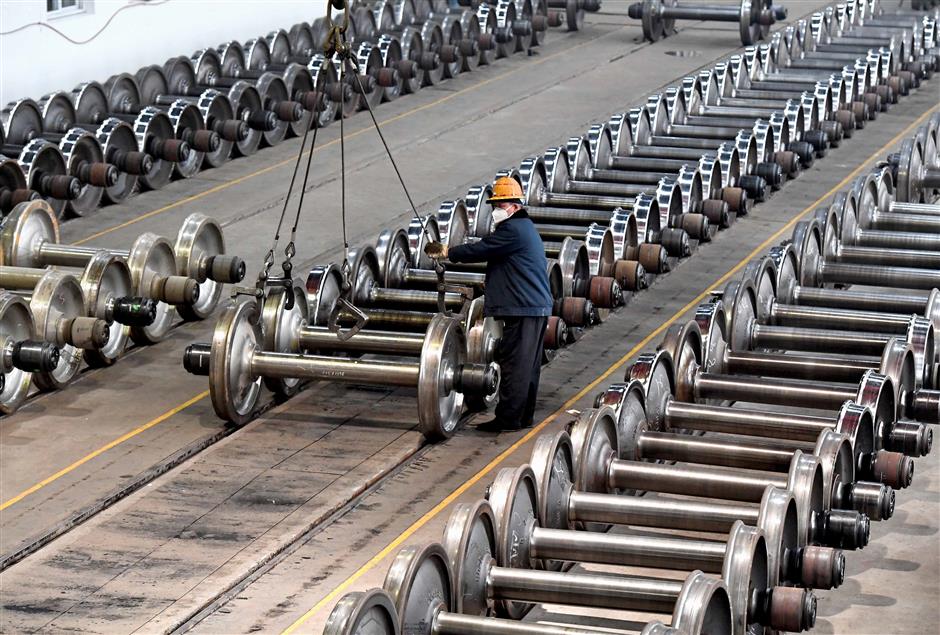 Amid the drive to restructure and optimize industry, the country aims to reduce overcapacity in traditional sectors such as coal, iron and steel while facilitating growth in emerging areas.

On a monthly basis, China's industrial output went up 0.43 percent in February from January.

Industrial output, officially called industrial value added, is used to measure the activity of designated large enterprises with an annual turnover of at least 20 million yuan (US$3 million).

The industrial output figures were released by the NBS along with a slew of other major economic indicators for the first two months this year.