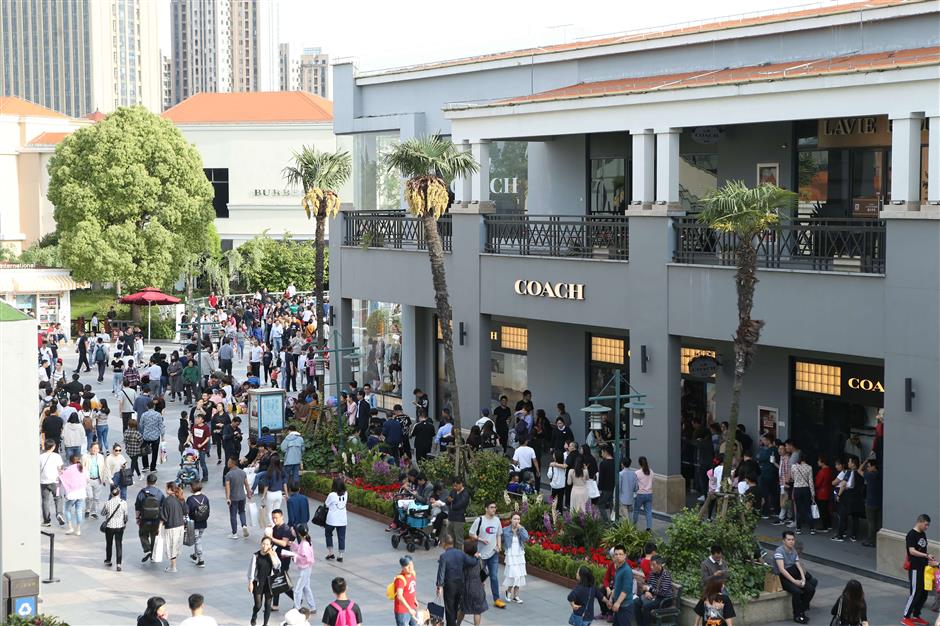 Tourists shop at Bailian Outlets Plaza in Qingpu District, Shanghai, on May 2, 2019.

Anhui, Jiangxi and Yunnan provinces topped the provincial retail sales chart by growing at 11.1 percent in Q1, faster than the national average of 8.3 percent in nominal terms.

Analysts attributed the slow growth to the fact that retail sales do not include services consumption, which makes up a bigger portion of consumption in first-tier regions than others.