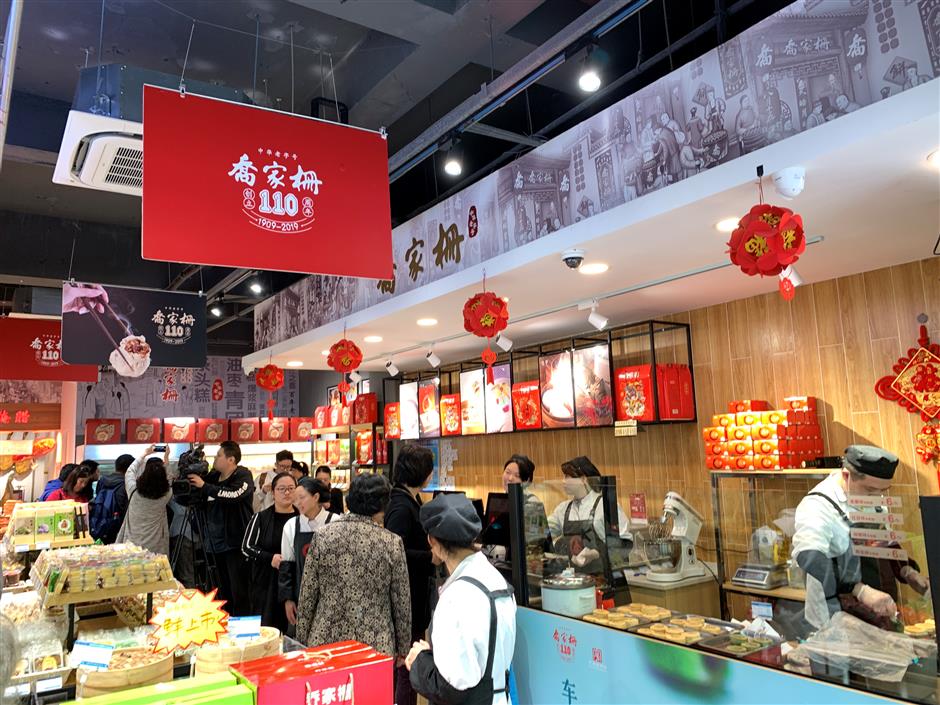 Qiaojiashan, the traditional dim sum maker, is to team up with other home-grown brands to bring in more customers. It is one of the exhibitors at the second Exposition on China Indigenous Brands to be held from Friday to Sunday.

Qiaojiashan, a traditional Chinese dim sum maker and a time-honored brand in the city, is aiming to triple revenue in the next three years.

The wholly owned subsidiary of Xuhui District’s state-backed conglomerate New Road Group said it will have 40 stores in Shanghai by the end of this year through teaming up with other home-grown brands to bring in more shoppers and boost sales as well as bring back memories for local residents.

Last year it was close to breaking even with revenue of 60 million yuan (US$8.7 million) and this year, with new store openings, it’s estimating about 100 million yuan in sales, and eyeing the operation of 100 outlets in the Yangtze River Delta region by 2022 with the majority of new openings still in Shanghai.

"Sticking to the old traditions and the craftsmanship is our core value and by offering quality products we're more likely to seek potential collaboration with retailers and other manufacturers," he added.

One of its stuffed dumplings which started to sell in Lawson convenience stores in April is one way of catering to younger consumers when they want to grab a quick breakfast on their everyday commute.

Apart from sticking to community stores to cater to demand from local shoppers, it will also extend its sales channels.

As many as 70 percent of sales are coming from its self-operated retail outlets and others were contributed to by distributors.

By teaming up with other time-honored brands such as Shao Wansheng and Sanlin, both known for pre-cooked cold dishes, it's offering a wider choice of products for local residents which can also help lift sales.

A prototype of a Qiaojiashan community store in the Meilong neighbourhood in Xuhui District records sales of around 50,000 to 60,000 yuan during peak seasons such as Spring Festival or Mid Autumn Festival.

A new type of store by Qiaojiaoshan which will be a combination of a brand experience center and an exhibition space will open on Huaihai Road early next month to show how stuffed dumplings are made by hand, a type of intangible cultural heritage.

It will also exhibit flagship products at the second Exposition on China Indigenous Brands to be held from May 10 to May 12.