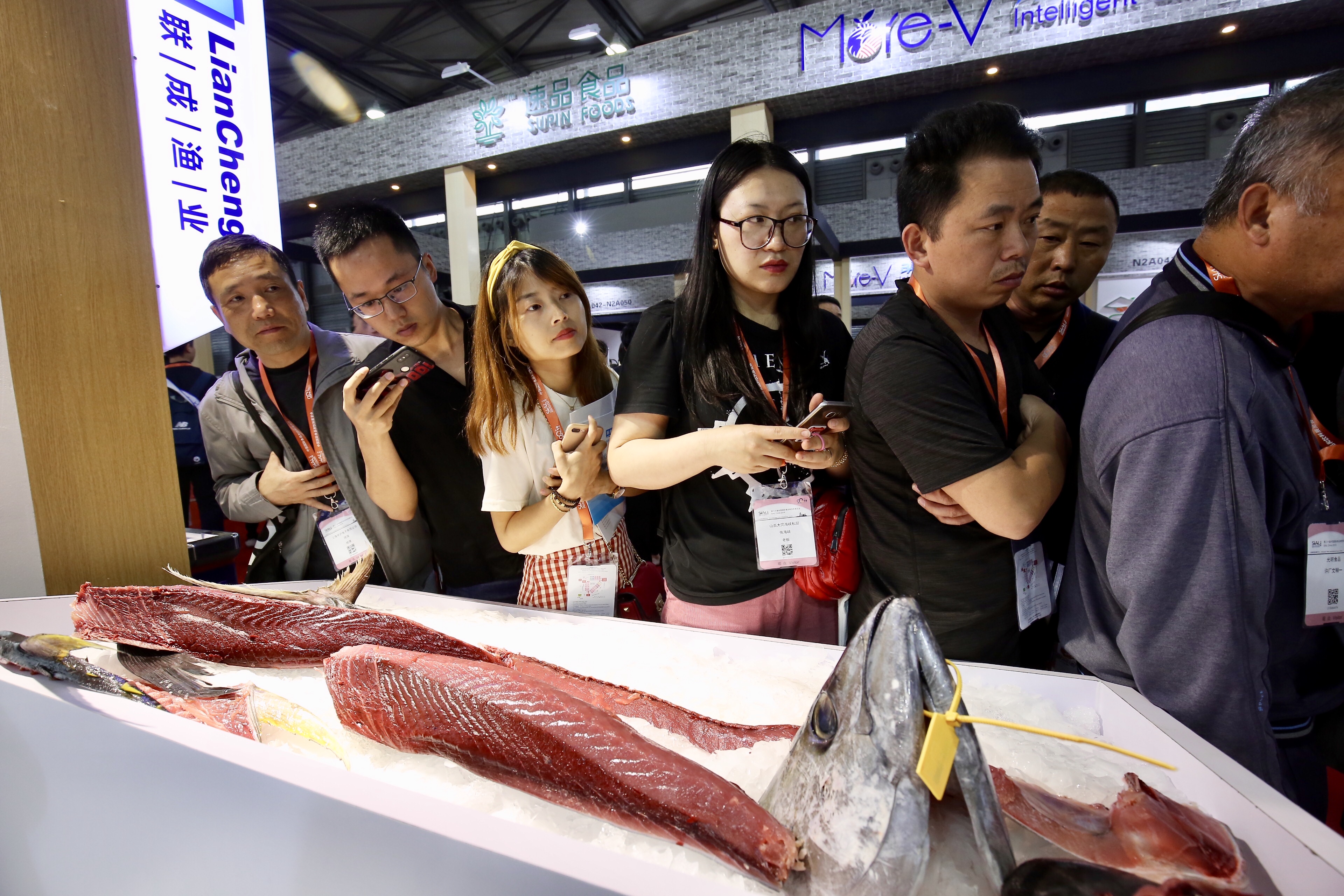 Exporters and trade bodies are looking to introduce more food and beverages to China to satisfy the growing demand for high quality products.

Nicolas Dandois, the European Union delegation to China’s agriculture counsellor, told Shanghai Daily: "The Chinese food import market is highly competitive and we are also working with government bodies and hope to get more countries to gain export approval of meat products to China."

A campaign launched earlier this month specifically targets the Chinese market and will last two years to focus on promoting European food’s quality, safety and authenticity.

The 20th SIAL China from May 14 to 16 at the Shanghai New International Expo Center is hosting 4,300 exhibitors.

The Novosibirsk delegation from eastern Russia said it sees a great opportunity to expand in China due to its proximity to China and the rich market China offers.

Some 20 types of products are at the fair under the “Made in Moscow” brand. An official told Shanghai Daily that it is “looking for distributors and we see opportunity in China for our health supplements and have had excellent feedback here at the exhibition."

Germany’s Aldape Healthcare UG is at SIAL for the first time. “Our workout products are new here but we are offering customizable products for our customers and the response has been good,” a company official said.

Currently, about 20 percent of food and beverage imports are from Europe.

This year marks Belgian pork’s fourth appearance at SIAL China. Exports to China have grown from about 5,200 tons in 2013 to more than 17,605 tons last year, accounting for 2.2 percent of its total pork exports.

Spain has been exporting pork to China for 12 years and its meat industry has been trying to bring in more value-added products such as ham and sausages, said Daniel de Miguel, international manager of Interporc.

Irish beef, which gained access to the Chinese market last year, has performed well in the first four months of 2019. Exports were 2,400 tons against 1,400 tons for the whole of 2018.