Small island though it may be, Singapore is home to a cluster of around 200 commercial banks. For the past few years, these institutions have been leading the worldwide charge for finance technology innovation.

At the head of this push has been the OCBC Bank, the oldest financial services group in Singapore and the second largest in Southeast Asia. Last November, OCBC reached an agreement with Chinese smartphone maker Xiaomi and Hanhua Financial Holding Co Ltd, which lends principally to small and medium enterprises and individuals.

The three partners will combine their strengths, networks, platforms and expertise to develop high quality fintech products which support each others’ businesses. The venture allows OCBC to make use of Xiaomi’s technology resources and capability as well as Hanhua’s knowledge of China’s financial services industry. In return, OCBC brings to the table its regional expertise in a wide range of financial services including commercial banking and wealth management.

In September 2018, OCBC began to exploit two fintech solutions that bring AI to bear on internal controls and protect the interests of customers, relieving some of the pressure of previously demanding audit work in the digital age. The technology increases the bank’s ability to detect anomalies during audits of trading activities by analyzing data through machine learning algorithms.

The bank has also been experimenting with “robotics process automation” since 2015. Back in 2017, OCBC deployed two robots to automate and speed up customer banking and they proved to be star “employees.”

The robots perform many tasks that are repetitive and time-consuming but do not require a great deal of thought or decision-making. The staff who were previously involved in these wearisome undertakings have been relieved to perform more fulfilling, higher-value activities and focus on delivering superior customer service.

But it is not just OCBC, the whole of Singapore’s financial industry is increasingly active in assisting non-local companies expand their footprints in Asia.

In April, United Overseas Bank, one of the top three banks in Singapore, Singapore Exchange and the China Chamber of International Commerce signed an MoU during the second Belt and Road Forum in Beijing. Over 180,000 Chinese enterprises will be able to access UOB expertise and networks, together with SGX infrastructure, to ease their expansion into Singapore and the rest of South-east Asia. 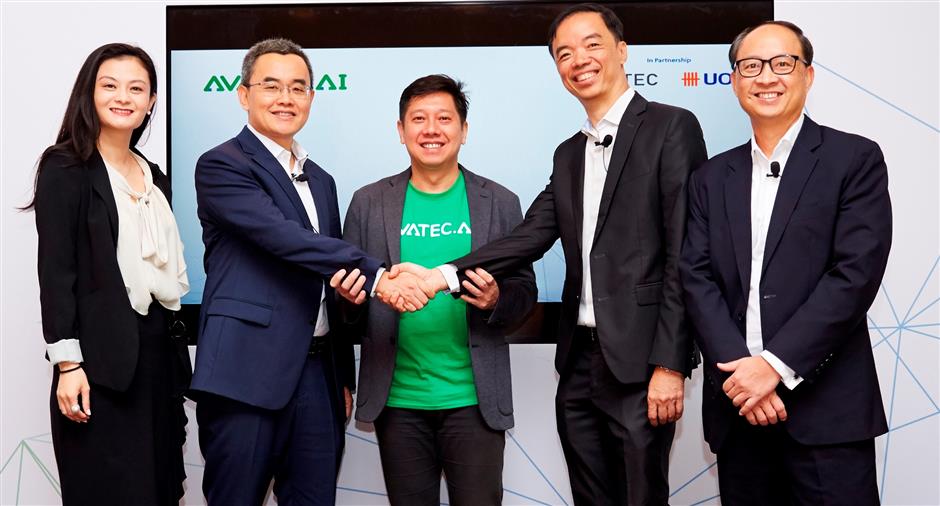 In November 2018, UOB launched a campaign to encourage customers in Malaysia to go contactless by teaming up with WeChat Pay. The campaign offers new customers a 50 ringgit (US$12) bonus the first time they use their UOB debit card to top up their WeChat e-wallet.

In April 2018, UOB set up a JV with Chinese fintech firm Pintec Technology to help banks and finance companies asses the creditworthiness of potential customers, including those with no previous credit records.

This February, UOB opened ASEAN’s first digital bank in Thailand aimed at millennials who prefer to do their banking on their mobile phones. At the heart of the digital bank is a unique data-centric business model that makes the banking experience interesting and fun while helping customers to be smarter in their saving and spending.

UOB opened its pan-regional Engagement Lab in October 2018 to personalize the way it deals with digital banking customers through technology and behavioral analysis. Also in 2018, UOB invested in and partnered Israel-based fintech firm, Personetics, to build its AI strength.

Through Personetics’ cognitive analytic capabilities, UOB will use huge volumes of transaction data to identify individual transaction patterns that can make the customer experience more engaging.

UOB China has updated and upgraded the app regularly since, to build in greater functionality and simplify use. In July 2018, the bank became the first foreign player to offer the UnionPay mobile payments via QR Codes within the app, which enables users to pay at over 10,000 POS terminals in 28 countries and regions including Australia, Japan and Singapore.

The app now includes an online portfolio advisory function to help its Chinese customers achieve better long-term returns. Users can get asset allocation (stocks/bonds/currency) advice in accordance with their risk appetites and investment objectives, and are able to set alerts to monitor the market.