Shanghai’s free trade zone is being expanded to include Lingang on the city’s southeast coast, where Tesla is building its first overseas factory and the world’s largest planetarium is under construction.

The Ministry of Commerce and city officials on Tuesday formally announced that the China (Shanghai) Pilot Free Trade Zone will expand from 120 square kilometers to 240 square kilometers. It is the second expansion since the zone was created in September 2013.

Lingang will be given greater access to and control over autonomous development, autonomous reform and autonomous innovation, Wang Shouwen, vice commerce minister, told a press conference in Beijing.

Wang vowed to support Lingang in intensifying institutional innovation, carrying out high-standard and high-quality development, accelerating the formation of a more mature institutional system and management, and inspiring local businesses to expand into international markets.

“The transport condition in Lingang is very advantageous. With the support of Yangshan Deep-water Port, Pudong International Airport, railways, highways, rail transit and high-grade inland waterways, Lingang has the most perfect transport conditions among free trade zones throughout the world.

“They can give full play to the international transport hub of Yangshan Deep-water Port and Pudong airport to support trade and industrial development,” Chen said.

Chen also said that the special customs supervision areas and industrial parks such as equipment manufacturing, R&D innovation and financial services will go ahead of the rest.

“They have better industrial foundation and supporting conditions, and are conducive to the implementation of new policy and institutional reforms,” Chen added. 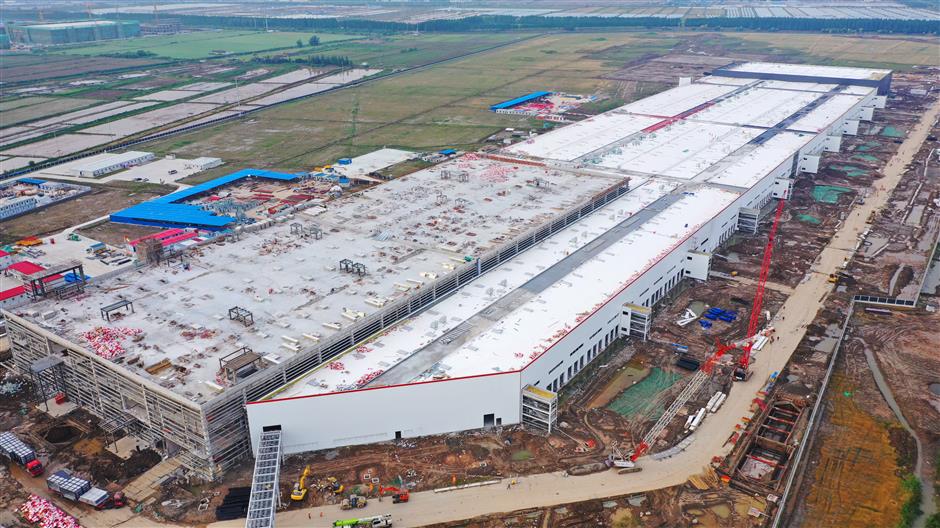 Tesla’s first overseas factory is under construction in Lingang.

Nearly 60,000 companies are registered in the zone, a fifth of them with foreign investment totaling US$25 billion.

Lingang, on the East China Sea, is a relatively new city, built as a modern example of international competitiveness. It serves as a hub for cutting-edge science and technology, intelligent manufacturing and the “Made in Shanghai” campaign.

Earlier this year, Tesla founder Elon Musk was in Lingang to break ground for the company’s first overseas factory — the largest foreign-funded manufacturing project yet built in Shanghai.

The Tesla Shanghai Gigafactory will integrate research and development, manufacturing, sales and other functions, with an annual production capacity of about 500,000 all-electric vehicles.

Enhancing the area’s commitment to science, the Shanghai Planetarium of the Shanghai Science and Technology Museum is due to officially open in 2021. The facility will celebrate the history of Chinese astronomy and reflect the future ambitions of the nation’s space program.

Lingang is also home to Shanghai Ocean University, a pioneer in marine studies and research.

In its six years in existence, the zone has pioneered new approaches, including the nation’s first “negative list” to simplify areas open to foreign investment and breakthroughs in the reform of foreign capital management, the streamlining of issuing business licenses, the fast-tracking of customs clearance and the development of free trade accounts.

The zone has generated 202 institutional innovations that can be replicated throughout the country.

The free trade account system allows companies and financial institutions in the zone to independently carry out overseas financing, with less foreign-exchange control.

The separation of business licenses and administrative approvals in the zone has benefited businesses, such as fresh product deliveries, vocational training, lab-to-shelf medicines, cosmetics imports and registration of medical devices.

The registration process for the establishment of a company in the free trade zone now takes two days at most.

A national cross-border e-commerce demonstration park has been established in the zone’s bonded area. It supports bonded imports, direct purchase imports and general exports and has become the biggest area for the development of e-commerce in Shanghai.

Not long ago, China’s first free trade agreement preferential tariff application system, called Smart FTAX, officially started operation in the zone, providing one-stop services to companies. The system was developed by the operation center of the Asia-Pacific Model E-Port Network to facilitate trade among 19 member states and regions, many of which are Belt and Road countries.

In addition, the international trade “one counter” system enables paperless operations in applications for import licenses and customs clearance.

Commercial banks in the zone are allowed to form asset investment and management companies without any cap on foreign ownership, and foreigners will be allowed to take majority stakes in domestic life insurance companies based in the zone.

The zone will also accelerate the Shanghai-London Stock Connect. 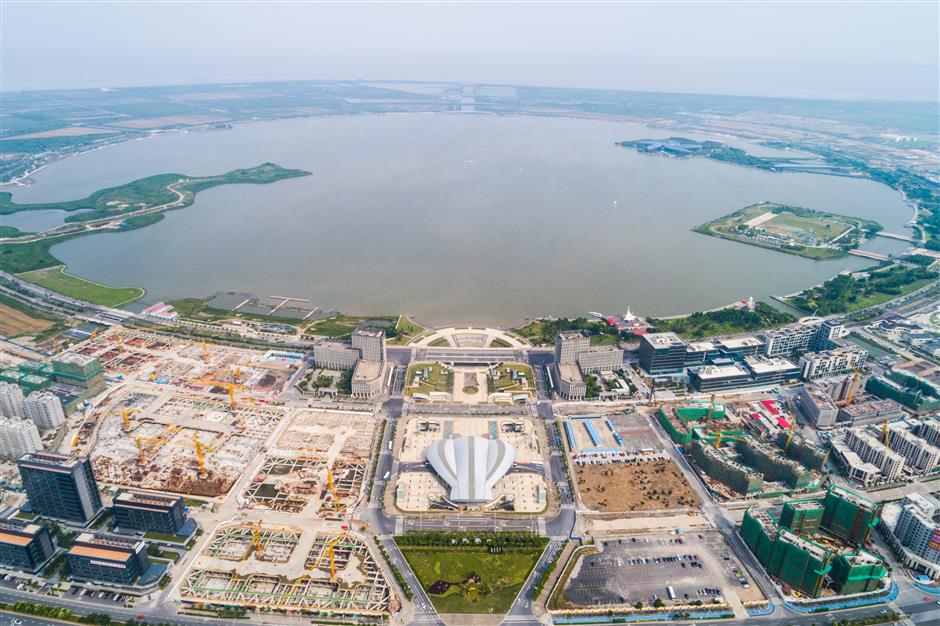 Lingang serves as a hub for cutting-edge science and technology, intelligent manufacturing and the "Made in Shanghai" campaign.