District facing up to economic challenges 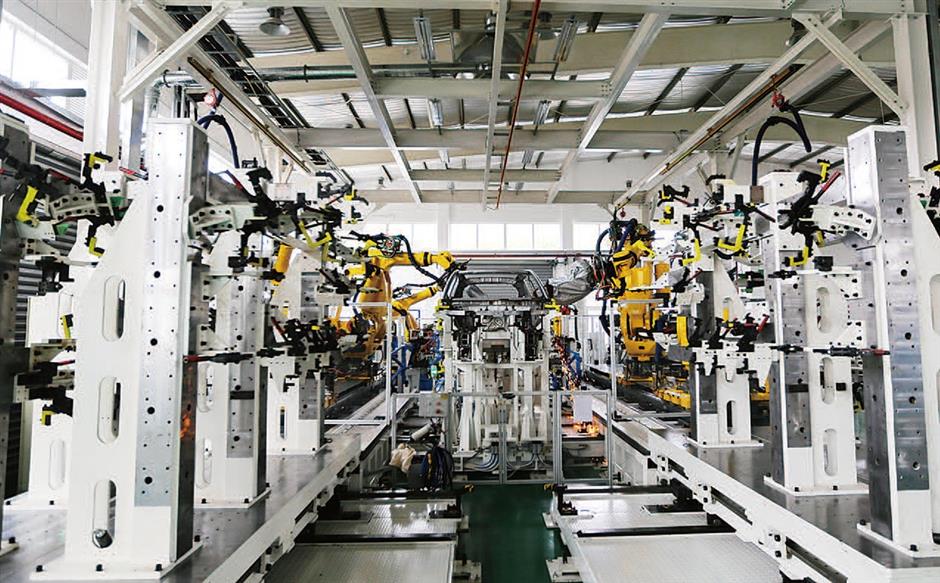 AI-Ways’ research and development workshop in Jiading is in full operation. The company’s first new-energy car will be mass produced this year.

Since the beginning of the year, amid the increasing downward pressure of the macro-economy, Jiading has been steadily coping with difficulties, striving to overcome them and fostering regional economic development.

At present, the region’s economy is running smoothly on the whole, but there is still pressure and reason for concern.

It is good news that the first new-energy vehicle developed by Jiading-based AI-Ways will be mass produced this year.

Facing the complicated and changeable external environment, Jiading has carefully planned and the roadmap of major industries is clearer — putting more effort into creating new momentum, focusing on the most fundamental and advantageous fields, going all out to build a world-class automotive industry center and accelerating the cultivation of two 100-billion-yuan (US$14.2 billion) industrial clusters.

Concentrating on “black technology” and breaking foreign monopoly is Full-E’s top priority. As an Internet of Things company, Full-E is devoted to the R&D and manufacturing of automotive high temperature sensors. It has always adhered to the goal of tackling core technologies.

“We mapped out our plan last year and invested an additional 10 million yuan. Our first small batch production line for high-temperature sensors has been installed and commissioned while qualified products have rolled off the production line.”

In the future, a production line with an annual output value of about 300 million yuan will provide sustained impetus for the company’s development.

There is no doubt the automotive industry is the core business of Jiading. However, it alone is far from enough to build industrial competitiveness.

In recent years, while Jiading has been developing as a world-class automotive industry center, the “four major emerging industries” have maintained high growth. The district has clustered a number of high-quality R&D institutions and projects, and formed a number of distinctive industrial parks. 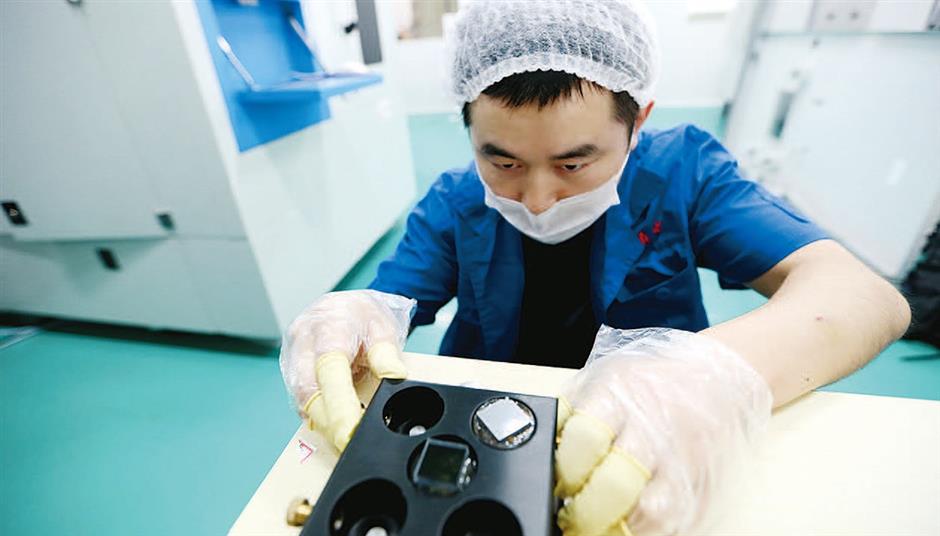 A researcher is working on a high temperature sensor for automobiles at Shanghai Full-E Nanometer Film Technology Co Ltd in Jiading.

In the first half of the year, strategic industries in Jiading reported 56.2 billion yuan of output, with the growth rate higher than the city average.

Among them, the growth rate of integrated circuit and Internet of Things was up to 35.7 percent, leading the development.

Xu Chaojun, deputy chief of the economic operations section of Jiading Commission of Economy and Informatization, said: “Jiading has achieved sustained and sound growth in the development of four major emerging industries since the beginning of the year amid a significant increase of industrial agglomeration.

“In the next stage, Jiading will build integrated circuit and Internet of things and high-performance medical equipment and precision medicine into two 100-billion-yuan industrial clusters, and further develop high-end emerging industries, such as new-energy vehicles, unmanned vehicles, intelligent sensors and precision medicine, and make every effort to promote the explosive growth of regional emerging industries,” Xu said.

According to Gu, the group plans to invest 270 million yuan in upgrading and renovation in the 2018-2020 period to build an intelligent and digitalized plant by 2025, and achieve the goal of 25 billion yuan in annual sales.

In recent years, Jiading has always insisted on overall consideration of stock, decrement and increment, and accelerated the transformation of industry from “quantity accumulation” to a “qualitative leap.”

From January to June, Jiading completed a total investment of 4.82 billion yuan in industrial fixed assets, an increase of 50.3 percent over the same period last year. The unit area production of Jiading Industrial Park reached 17.04 billion yuan per square kilometer.

Jiading-based Horizon Construction Development invested 600 million yuan in the first half and will add another 200 million yuan in the second. The company has been committed to expanding the scale of equipment investment, through the continuous improvement of capital, management and technical strength, to enhance comprehensive competitiveness in the domestic infrastructure sector.

It was reported that the company paid more than 30-million-yuan tax in the first half and the total amount of tax paid this year “is expected to reach nearly 50 million,” said Dong Sijun, Horizon’s deputy general manager.

In Xu Chaojun’s opinion, there are more than a few enterprises with a strong desire for technological transformation in Jiading, in addition to Kaiquan Pumps and Horizon Construction.

The fund declaration of the city’s first batch of key technological renovation projects this year involved 21 Jiading enterprises, with a total investment of 3.26 billion yuan, of which 14 projects had an investment of more than 100 million yuan, accounting for more than half of the total projects involved.

“It shows the desire and confidence of the enterprises in expanding investment,” Xu said.

In the first half of the year, there was steady growth in industrial investment. The construction of several major industrial projects, such as a Volkswagen MEB platform, was going smoothly.