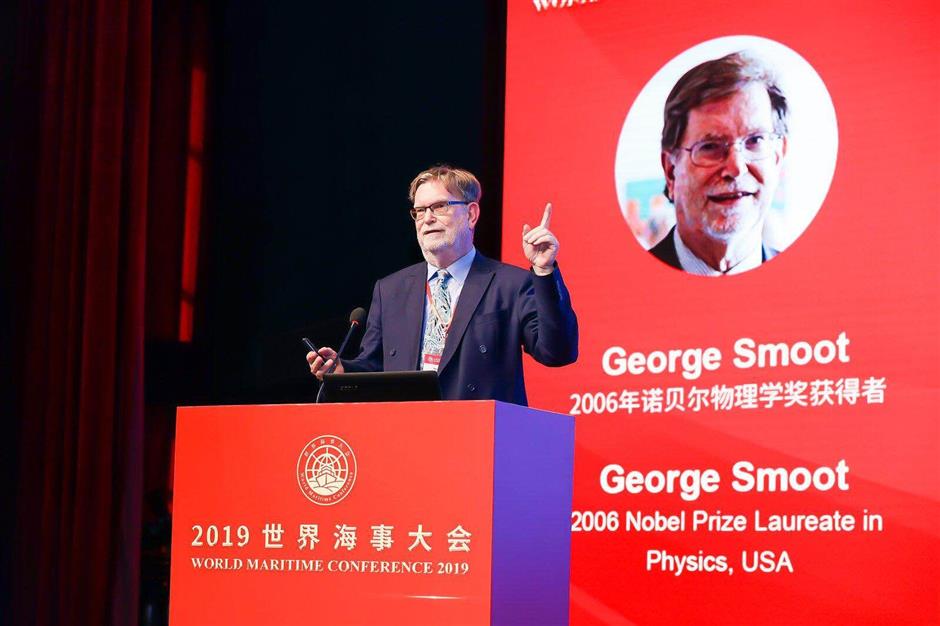 Anonymity through blockchain is a significant milestone in developing markets and may transform shipping and logistics, says American economist and 2007 Nobel laureate Eric Maskin.

Maskin told a forum at the first World Maritime Conference on Sunday that getting the right ships at the right time and keeping cargo details and destinations private from competitors were major issues facing the industry.

“Blockchain is the perfect solution to their problem,” he said. “It can achieve an optimal assignment and companies don’t need to disclose information publicly.”

The three-day World Maritime Conference began Sunday. Marking the 110th anniversary of the establishment of the Shanghai Maritime University, it is the first international high-end academic conference held in Lingang Special Area of the China (Shanghai) Pilot Free Trade Zone.

More than 400 maritime experts, scholars, representatives of enterprises and institutions and entrepreneurs from nearly 30 countries and regions are present at the conference, including Eric Maskin and American astrophysicist, cosmologist and 2006 Nobel laureate George Smoot.

Smoot, who advocated the “blue” marine economy and blue growth, praised the rapid development of the blue economy in Shanghai, Shenzhen and Qingdao in recent years and predicted that big data, artificial intelligence, robotics, digitalization and autonomous ship technology will bring new development to the shipping industry.

Industries such as fisheries, aquaculture, coastal and marine tourism, marine biotechnology and bioprospecting will also contribute to the development of blue economy, according to Smoot.

And there is still a large space for the research and cultivation of marine micro-organisms.

The Research Report on Navigation Status in the South China Sea 2018 was also issued on Sunday, saying the South China Sea is still some of the safest waters in the world based on meteorological, hydrological and other parameters. The “New era, New Technology, New Maritime” conference covers topics including maritime economics, shipping management, intelligent ships and maritime law.