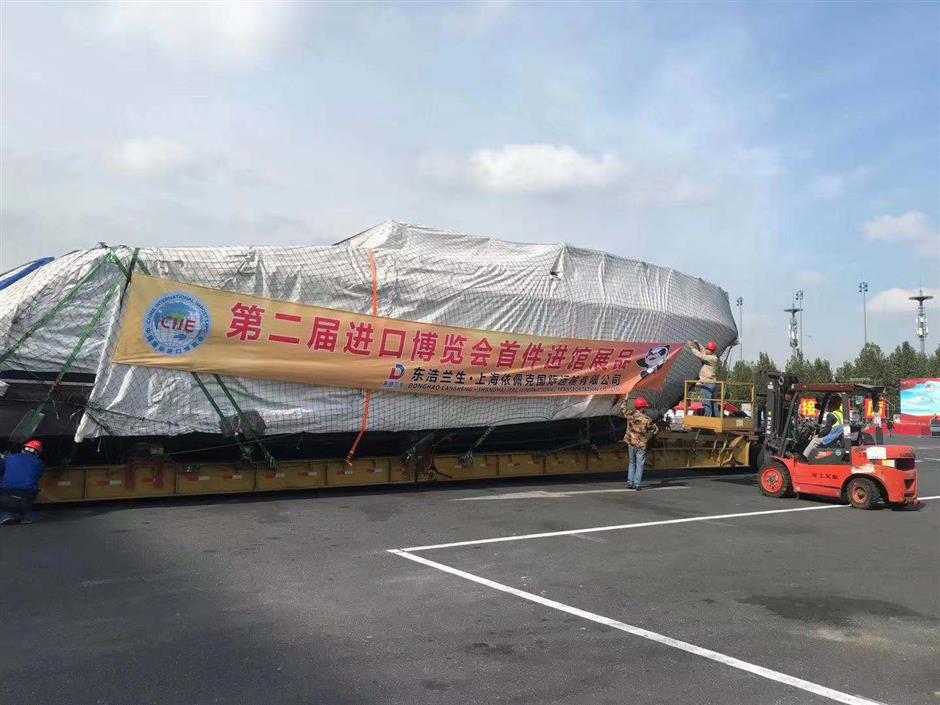 A high-speed patrol boat from Italian company Ferretti, arrives at the National Exhibition and Convention Center. It will be on display during the second China International Import Expo.

The first exhibit, a high-speed patrol boat from Italian company Ferretti, arrived at the National Exhibition and Convention Center on Tuesday morning for display during the second China International Import Expo.

The Model 195 boat, making its Asian debut, is 20 meters long and weighs around 37 tons. It is made from the latest construction materials such as carbon and titanium. It can reach 55 knots with a range of over 525 miles.

The boat arrived at the North Square of the National Exhibition and Convention Center and then entered Hall 4.1 for reassembly.

The boat was transported in two sections on two semi-trailers. Two 80-ton vehicles took around five hours to complete unloading and assembly.

The boat is from Ferretti Security Division, a division of the Ferretti Group. The security division specializes in the design, production and sale of state-of-the-art naval platforms for security applications, supporting navies, coastguard, police and patrol forces around the world. Ferretti Group, established in Italy in 1968, is involved in design, construction and sale of motor yachts and pleasure craft.

Luca Pelosio, the group's head of project engineering, said: "China has a very long coastline and there is considerable demand for coastal patrols, search and rescue as well as  patrol boats to suppress smuggling. We hope to further expand our business in the Chinese market in the field of official boats."

Chen Gang, chief representative of Ferretti Group in China, said the company talked to buyers at last year's expo and identified a huge demand for the patrol boat.

The price of the boat is 3 million euros (US$3.34 million), with additional cost for for different functions.

The expo is being held at the National Exhibition and Convention Center in Shanghai from November 5 to 10. 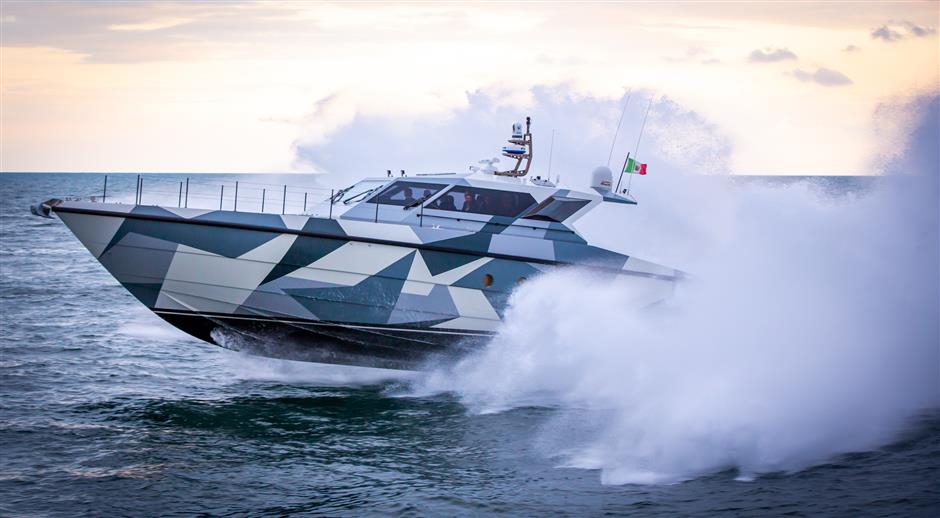 The Model 195 high-speed patrol boat from the Ferretti Security Division which will be on display during the second China International Import Expo.